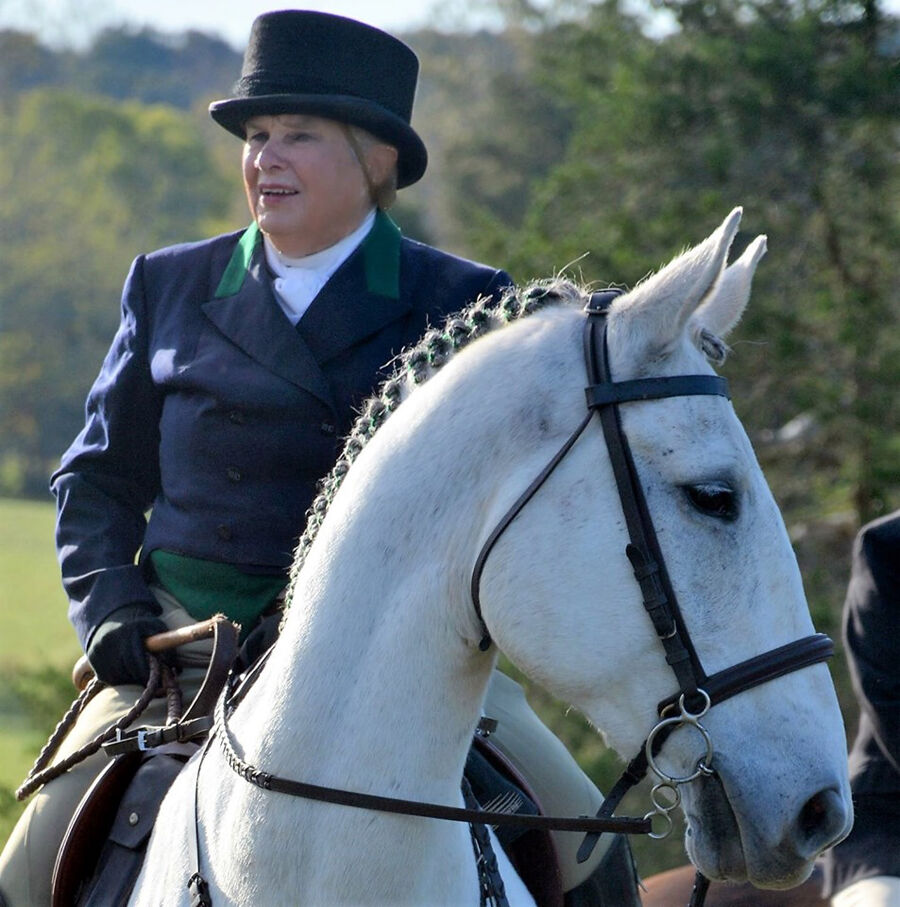 Sally Lamb, a noted equestrian, instructor, advocate and foxhunter, died at her Oakland Heights Farm in Gordonsville Dec. 22 at the age of 76. 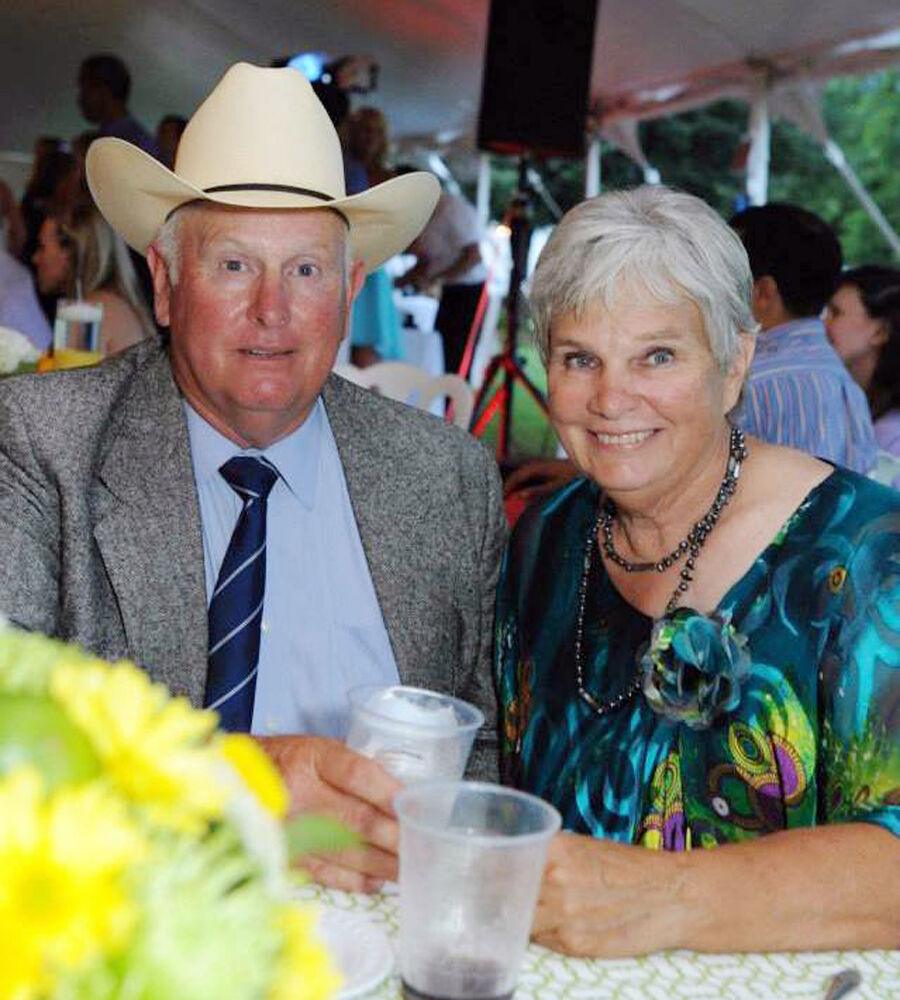 Sally Lamb created the Four Horseshoes Youth Foundation to provide education and opportunity for youth interested in horses and has introduced riding to hundreds of area youth.

“She always had more confidence in you than you had in yourself,” said Elizabeth Rock, speaking about Sally Lamb.

Lamb passed away at age 76 on Dec. 22 at her home on Oakland Heights Farm in Gordonsville. She was a beloved and respected leader and mentor in the Virginia horse community.

Together with her husband, David, the Lambs founded Oakland Heights Farm in 1979 with a mission to keep the art and history of horseback riding alive.

“Matt’s an only child, but not really. Because he has all of us in and out of his life,” said Anna Burkett, a friend and former student of Lamb’s, describing the many young people who came to be known as the Lambs’ adopted children.

Rock was introduced to the Lambs at just 4 years old and grew up in and around Oakland Heights. She said that Sally has been there for every major milestone and challenge in her life.

“When I was old enough to ride the school bus, I rode the bus every single day from Orange Elementary to the farm right up until I got my license,” Rock said. “In the summertime, I would stay with them a few nights a week or sometimes for a couple of weeks straight. Even when I was in college, I would come home to ride and help Sally do chores.”

Lamb was a member of the Virginia Horse Council and served as both president and a representative. There are nine designated regions created by the council encompassing the state. Lamb was a representative from Region III which includes the counties of Albemarle, Culpeper, Greene, Louisa, Madison, Orange, Page, Rappahannock and Shenandoah.

“What the Virginia Horse Council does is it monitors the bills that are going up before the General Assembly and makes sure that they don’t have a negative impact and they try and support ones that have a positive impact on the industry,” said Sandy Hoyer, a member of the VHC board of directors.

The Lambs received the Horseman and Horsewoman of the Year Award from the VHC in 2015.

Laurel Moore, a horsewoman and member of the VHC was quoted in 2015 describing how widespread the Lambs’ involvement in the horse world was.

Through these various activities and events, the Lambs have raised money for the Wounded Warrior Project, St. Jude Children’s Research Hospital, Juvenile Diabetes Research Foundation and other charities.

Lamb spent decades working with and instructing children of all ages at Oakland Heights. She was regarded as a wise and thoughtful instructor, but one that never took herself too seriously.

“Her big thing was, go have fun. If it’s not fun, then there’s something wrong,” Burkett said.

Laura Fisher, a former horse riding student of Lamb’s, posted a public tribute to her mentor and friend on her Facebook page a day after Lamb’s passing. In it she recounted six distinct lessons that Lamb imparted on her in her younger years at Oakland Heights Farm:

“If you can’t say something nice, don’t say nothin’ at all.”

“Be one of the helpers.”

“The only way to get through life is to laugh your way through it.”

“Be happy in the moment.”

In addition to being an expert on English riding, Lamb had a deep love for foxhunting, something she participated in for more than 60 years.

In a 2005 profile published by the Orange County Review she discussed her passion for the sport.

Lamb was a strong supporter of the sport in Virginia and most recently served on the Bull Run Hunt Club Board of Directors. Universally, members of the foxhunting community held her in high regard.

“One fine lady,” said Greg Fisher, a member of Keswick Hunt Club, where Lamb had formerly served as third flight fieldmaster and on its board of governors.

“I had the privilege of foxhunting with Sally Lamb for over two decades and it was always pure joy,” said Ed Harvey of Somerset. “Sally was one of those unique people who could feed your body and soul at the same time.”

Lamb played a large role in lobbying for the horse industry in front of the Virginia General Assembly over the years. Her husband leads an annual legislative ride that takes state delegates and senators for a scenic adventure while educating them on issues and laws important to the horse community.

“David does the majority of the work as he provides 15 to 18 horses,” Hoyer said. “But Sally and I did all the planning of the food, the lodging, the entertainment.”

Hoyer explained that the Lambs and members of the VHC worked to make sure that legislators got a tour of all the regions of Virginia.

“We’ve held it at places like Stratford Hall in the Northern Neck, two years at Montpelier, Graves Mountain and Douthat State Park,” Hoyer said. “We try to go to different areas of the state each year so that legislators are seeing the entire state.”

In 2004, Lamb created the Four Horseshoes Youth Foundation to provide education and opportunity for underprivileged youth interested in horses. In a statement released on Dec. 22 by David and Matt Lamb, the family has asked well-wishers and friends of Sally to donate to Four Horseshoes instead of sending flowers or gifts in her memory.

“I used to joke with Sally about it being a recycling mission because somebody will have a horse that can no longer do its job,” Hoyer said. “They would be donated to the foundation and Sally’s girls would ride them and work with them for a couple of weeks. Then Sally would place them in a home with a child who needed a horse.”

Hoyer recounted how important the foundation was to Lamb right up until the day she passed away.

“I was sitting with Sally two days before she passed away and I was reading her notes she had gotten,” Hoyer said. “There was one from a little girl, who was probably 10 or 11 judging by the handwriting. She was thanking Sally for the pony she had given her to ride and was saying how much that pony meant to her.”

Lamb had a similar impact on Sarah McKay, another former student, rider and “barn rat” who spent time around Oakland Heights growing up.

“As the seasons changed, so did your involvement with the horses,” McKay said. “But Sally and David were always that constant. That feeling of family, even when you were away from your own family.”

The outpouring of tributes and memories about Lamb have continued in the days since her passing.

“I know your story doesn’t end here and we have a lot of work to do to continue your legacy,” McKay wrote in a public post addressed to Lamb. “This isn’t goodbye, but until we ride again. Happy hunting, Sally.”

A shot in the arm: Local doctors talk about receiving COVID-19 vaccine

As 2020 closes and the new year begins, the first wave of local COVID-19 vaccines are being administered to Orange County doctors, nurses, hea…

Goodwin remembered for his leadership, friendship

One week after it shifted all classes online amid surging COVID-19 cases in Orange County, the Orange County School Board met for an update Mo…

One Orange couple celebrated a little more than Christmas this Dec. 25. Billy and Barbara Amos celebrated the 70th anniversary of their marria…

At the end of October—eight months after recording its first of the novel coronavirus—Orange County had reported 421 total cases. One month la…

This week, we take a look at the second half of 2020 and the top local stories that shaped the final six months of the year.

Sally Lamb, a noted equestrian, instructor, advocate and foxhunter, died at her Oakland Heights Farm in Gordonsville Dec. 22 at the age of 76.

Sally Lamb created the Four Horseshoes Youth Foundation to provide education and opportunity for youth interested in horses and has introduced riding to hundreds of area youth.