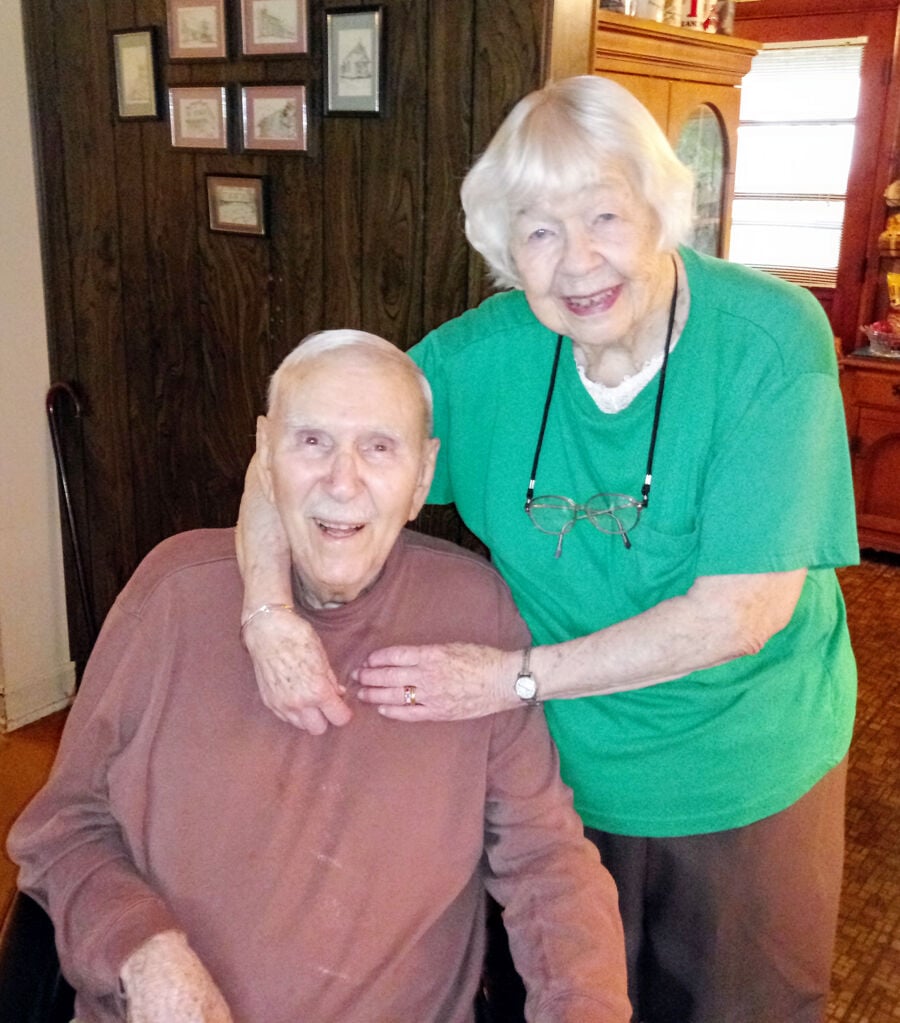 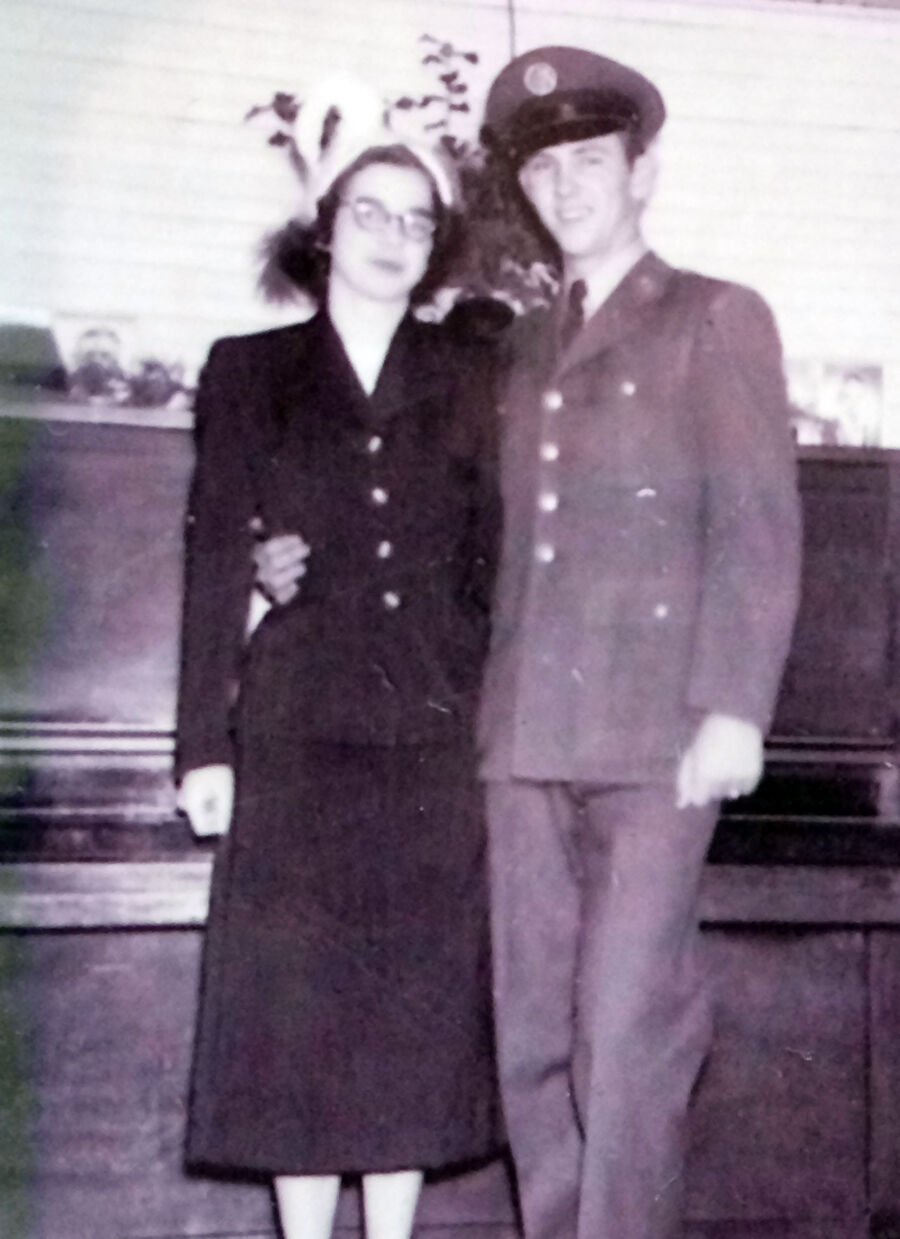 The couple is pictured on their wedding day in their home at the corner of Main Street and Peliso Avenue in Orange.

One Orange couple celebrated a little more than Christmas this Dec. 25. Billy and Barbara Amos celebrated the 70th anniversary of their marriage. The couple has accomplished something few other couples have as fewer than 0.1% of married couples make it to the 70-year benchmark. Until recently, the U.S. Census Bureau kept track of marriage and divorce as part of the Current Population Survey and according to their 2009 report, just 6% of married couples reach their golden or 50th anniversary. The percentage of those that reach any number past 50 declines rapidly and those that reach a platinum anniversary account for a tiny portion of the married population. The reason isn’t that spouses have finally had enough of each other but that most don’t live long enough to reach the benchmark. Divorce is uncommon for couples that have spent 50 plus years together but death of a spouse is common for couples in their 80s.

Debbie Flint, the Amos’ oldest daughter is impressed with the length and strength of her parent’s marriage.

“Nowadays we see marriages that only last a few years, divorce is common,” said Flint. “My parents have been married for 70 years, that’s a long time. They met here in Orange and have been here the whole time.”

Billy and Barbara both grew up in Orange County. Barbara was born and grew up at Montpelier, where her father worked with Marion DuPont’s mares and foals. Billy was from Rapidan and both Barbara and Billy graduated from Orange County High School. The couple met at a party in Rapidan in 1948. Barbara had come to the party with someone else but ended up spending time talking with Billy that evening and soon they began dating. The couple, both employees at the Silk Mill, dated for about a year and a half before deciding to get married.

On Christmas day 1950 the couple exchanged vows. The ceremony was at the home of Pastor Rewis, a Methodist preacher who lived at the corner of Peliso and Main in downtown Orange.

After the marriage, Billy went to work for the United States Postal Service. He started working in Orange and eventually became Postmaster in Ruckersville. Barbara took time off from work to raise their three children.

The couple credit good communication and mutual respect for the length of their union.

“Being able to get along is really important,” said Billy.

“He always treated me right,” said Barbara. “Billy was good to me and we’ve always gotten along.”

“Besides, it’s too late to separate now. We’re stuck with each other,” quipped Billy.

Remembering the life of Sally Lamb

“She always had more confidence in you than you had in yourself,” said Elizabeth Rock, speaking about Sally Lamb.

A shot in the arm: Local doctors talk about receiving COVID-19 vaccine

As 2020 closes and the new year begins, the first wave of local COVID-19 vaccines are being administered to Orange County doctors, nurses, hea…

Goodwin remembered for his leadership, friendship

One week after it shifted all classes online amid surging COVID-19 cases in Orange County, the Orange County School Board met for an update Mo…

At the end of October—eight months after recording its first of the novel coronavirus—Orange County had reported 421 total cases. One month la…

Effective Wednesday, Jan. 13, Orange County Public Libraries will return to curbside only services. Due to recent spikes in COVID-19 cases in …

The couple is pictured on their wedding day in their home at the corner of Main Street and Peliso Avenue in Orange.