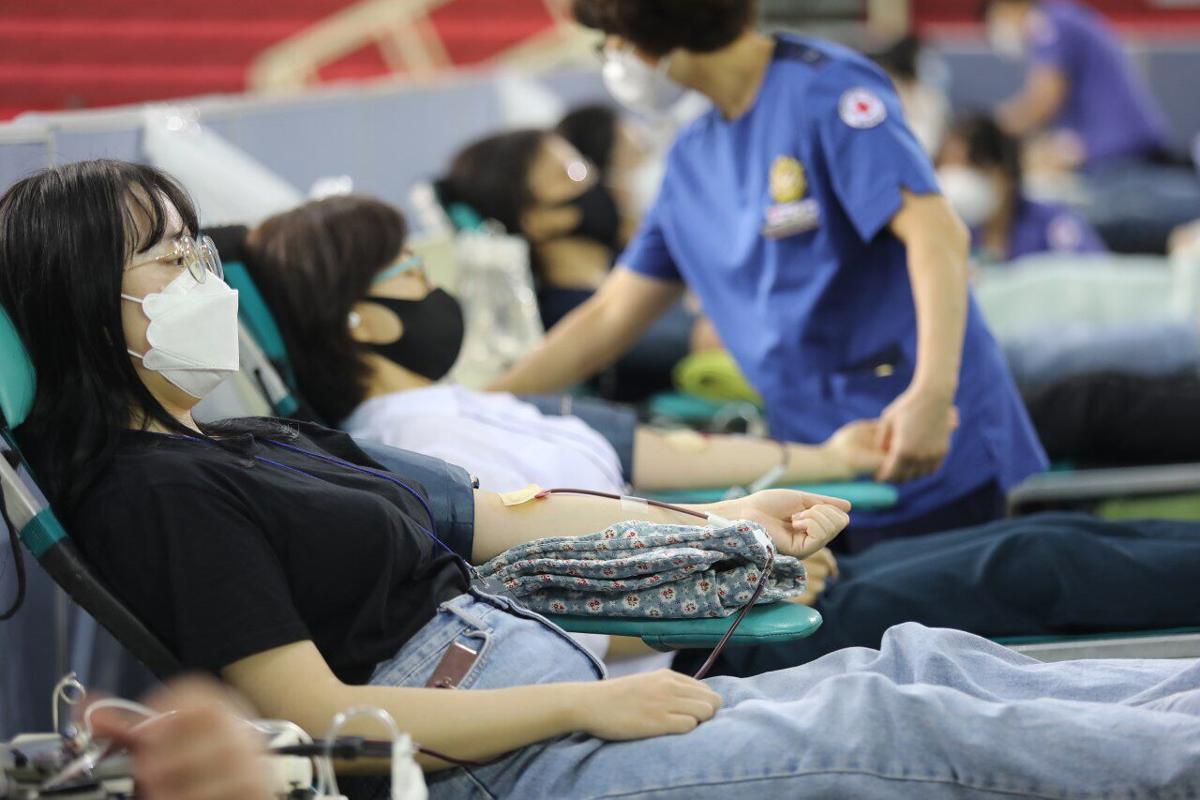 Daisy Marquina said she was inspired by the efforts of Shincheonji Church to donate plasma. Convalescent plasma is plasma collected from the blood of patients that have recovered from a viral infection that is injected into a patient that is ill with the same virus. 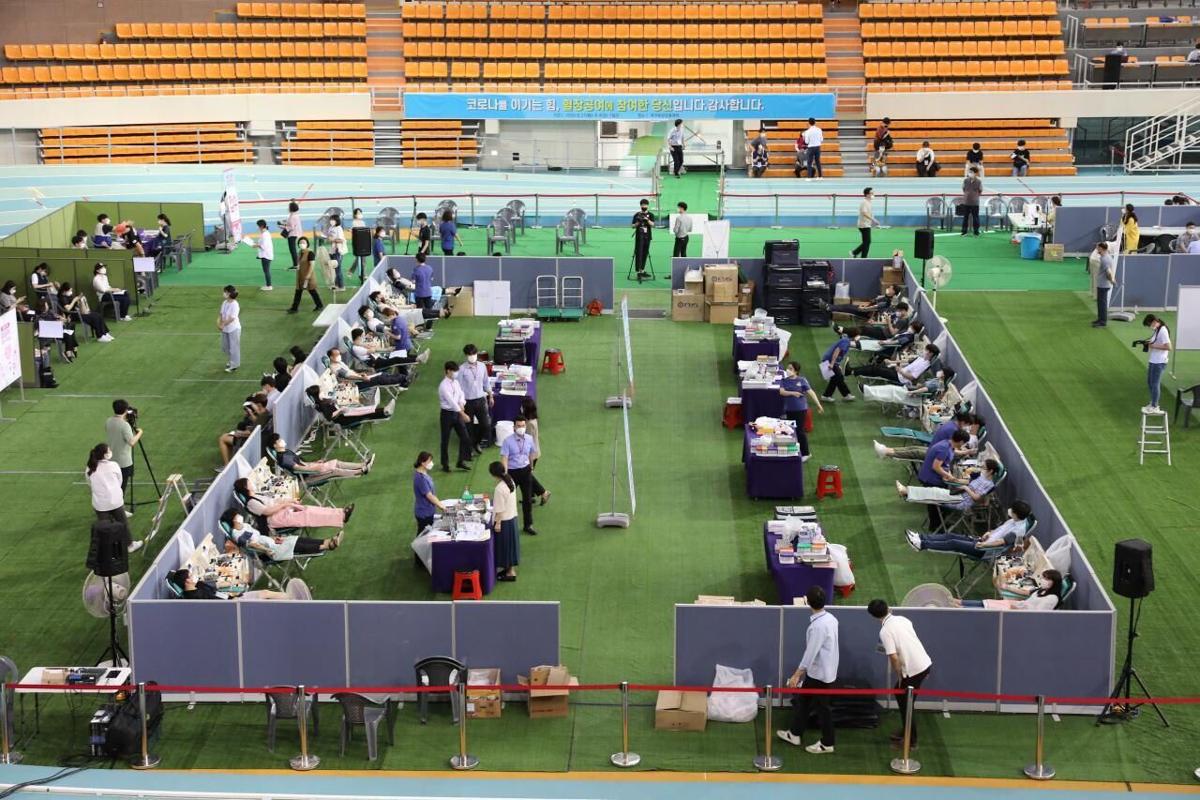 In May, Daisy Marquina was finishing up the semester at San Jose State University. The 21-year-old former Unionville resident was studying for finals and finishing a final project when it hit. Three days before the end of school, Marquina, who is living in California with relatives, felt weak and had a fever and splitting headache.

Marquina had contracted SARS CoV-2 and would become one of the 6 million Americans who have contracted COVID-19. Because of the high population density in her neighborhood and the small space which she shares with her relatives the virus spread rapidly, and the pandemic left a large scar on the neighborhood. The virus is spread through respiratory droplets. In urban areas, close quarters and people packed close together in elevators or on public transportation provide a fertile ground for the spread of the virus. Lack of testing and long waits for results have only increased the opportunities for COVID-19 to spread like wildfire in high-density, low-income neighborhoods like Marquina’s.

It wasn’t until after she began to experience symptoms that Marquina learned that a neighbor had tested positive, likely spreading the disease throughout the neighborhood.

At first, Marquina thought it was a cold or maybe the flu, but the headache wouldn’t break, the fatigue was crippling and her fever kept climbing. After another day she had trouble breathing. Marquina stayed in her bed trying to complete her schoolwork and stay as isolated as possible from the rest of her family—a nearly impossible task in a one-bedroom apartment.

A few days later Marquina’s aunt took her to the hospital. Her fever climbing, breathing labored and still paralyzed by fatigue, Marquina had no idea what she was in for.

“When I was admitted to the hospital, I could barely go to the

restroom,” said Marquina. “I was exhausted. I was too tired to want to eat or sleep and I couldn’t get air in my lungs. I was shaky, couldn’t really even stand and the fever would come. I was alone in the quarantine wing and it felt horrible.”

For more than a week Marquina fought the virus, her lungs shrunken from pneumonia and body racked by fever. The fever spikes were so high the nurses would put ice all over her to try to cool her body.

“I was so tired but I couldn’t sleep,” she said. “I couldn’t believe the pain. It wasn’t like anything I’d ever experienced. I was weak and so, so cold. When they put ice all over me to stop the fever I would feel like I was frozen and still so tired—like I could hardly move. I cried all the time.”

After eight days, Marquina’s fever broke and although still weak she began to breathe without aid again. Moved to a room in the COVID-19 ward, Marquina was beginning to grasp the gravity of her situation. She had been disoriented and had no idea how her family was faring or whether her friends and neighbors had gotten sick too. She said the isolation played tricks on her mind and Marquina wasn’t sure what was real and what was a dream.

“I lost track of time and what was real and what was not,” she said. “When my lungs were clear, my aunt came to bring me home. I was still tired but alive. Finally, I was able to get back with my family.”

She has embraced her role as a survivor and is doing her best to educate her peer group and help others who are affected by the virus.

“So many of my friends didn’t think this could happen. They thought only older people or those with health problems could get sick. I tell them about what happened to me and that it could happen to them. Everyone should wear a mask and wash their hands to help stop the spread. Especially, if you live in a neighborhood like mine, where people live close together,” she said.

After fighting COVID-19 for her life, Daisy Marquina decided to dedicate herself to helping others stricken with the virus. Marquina’s friend Sarai Ayala was involved with organizing blood plasma drives, collecting plasma from coronavirus survivors to use as a treatment for those suffering from it.

In July the Food and Drug Administration authorized the emergency use of convalescent plasma by doctors for current COVID-19 patients with life-threatening symptoms. Convalescent plasma is plasma collected from the blood of patients that have recovered from a viral infection that is injected into a patient that is ill with the same virus. The idea behind the therapy, which has been successful in treating SARS, Ebola and some strains of the flu, is that the antibodies in the donated plasma help fight infection until the body is healthy enough to produce its own.

Anecdotal experiences suggest that convalescent plasma may be effective in treating COVID-19 but full peer-reviewed research has not backed this claim up.

Marquina first signed up to donate in early July and has since donated weekly. She credited the efforts of Shincheonji Church for inspiring her to donate and said without them she wouldn’t have been inspired to donate.

“I have wanted to do something to help,” Marquina said. “Donating plasma doesn’t hurt and it can really help the people who are sick. I have told all of my friends who have had the virus to go out and donate.”

A Barboursville man was killed late Sunday evening in a single-vehicle crash on Route 33 in Orange County.

As part of its Coronavirus Aid, Relief, and Economic Security (CARES) Act funding, Orange County has announced a new program through the depar…

The controversial special use permit that would allow for the construction, testing and display of fireworks on property zoned agricultural he…

Daisy Marquina said she was inspired by the efforts of Shincheonji Church to donate plasma. Convalescent plasma is plasma collected from the blood of patients that have recovered from a viral infection that is injected into a patient that is ill with the same virus.