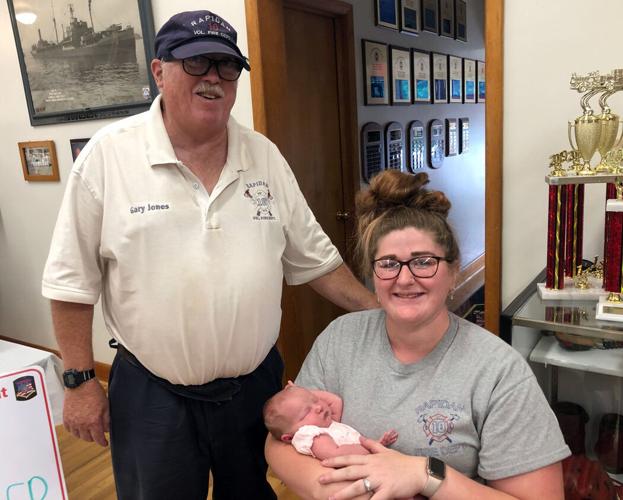 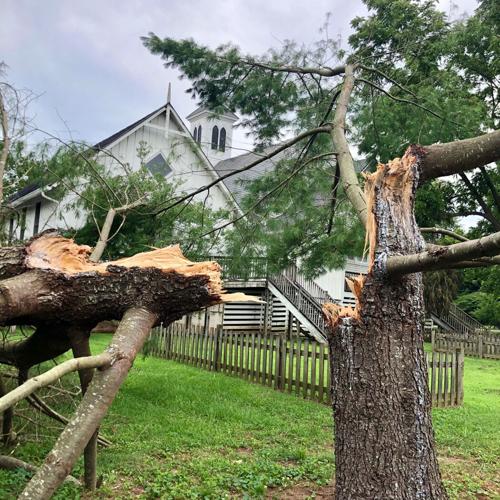 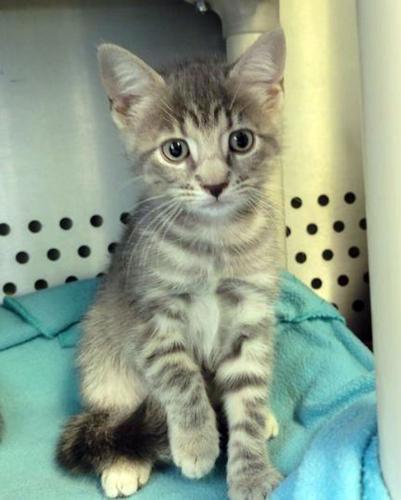 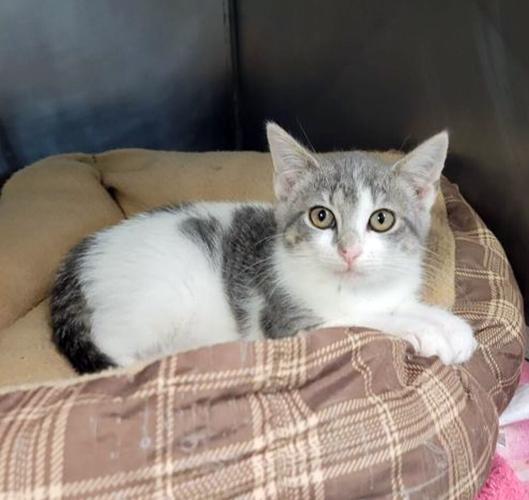 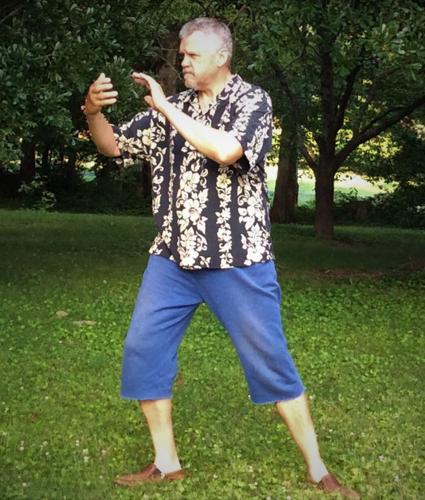 It was like old times (pre-pandemic times, that is) at the Rapidan Volunteer Fire Department on Sunday afternoon. Friends and neighbors lined up in the fire hall to buy plates of pork barbecue and all the trimmings, with proceeds benefiting the organization’s building fund. Longtime treasurer Gary Jones told me the gang had started cooking the barbecue at 4 a.m. By mid-afternoon, the hard-working volunteers had dished up 130 platters. (Jones told me later that the final total was 195 meals sold.)

Britney Lilly of Orange, accompanied by her 11-day-old baby, Colette, was assisting Jones as people placed their orders. The Lilly family has a long history of service to the fire department. I recall Britney’s sister, Ashley Lilly, president of the Rapidan VFD, telling me several years ago that she’d begun attending department events with her family when she was very young. Looks like Colette is also getting an early start.

Thanks to all the local fire and rescue volunteers who help keep our community safe! And my compliments to the Rapidan VFD chefs. The BBQ was delicious, and the peach cobbler was superb.

Saturday night’s storm left yet another trail of uprooted and damaged trees. In hopes of finding out how we might protect and preserve our trees, I checked in with Extension Agent Ashley Appling, a horticulturalist.

For starters, Appling advised, “Soil compaction is the worst enemy of trees, so parking under trees is really bad.” If you notice that a tree’s branches are starting to die back, that’s a sign of root damage. To keep it strong and prevent soil erosion, she recommends spreading a layer of mulch, 2 to 4 inches thick, all the way to the drip line—that is, the ground below the outer circumference of the tree’s branches.

In reply to my question about pruning, Appling said dead branches should be removed, but “most pruning should be done when trees are young to create a strong central leader”—the vertical stem at the top of the trunk.

If you’re looking to replace trees you lost to a storm, Appling said, “Most maples, oaks and sycamores are tough trees. Tulip poplar and black gum are also good choices. Native trees provide food and habitat to beneficial insects and animals.”

If you have questions about trees or any other horticultural topic, contact Appling at the Culpeper extension office at (540) 727-3435, ext. 355, or

It’s raining kittens at the Orange County Animal Shelter. If you like pocket-sized cats, go to Petfinder.com and search under Orange Zip code 22960. If I were not already edging toward crazy cat lady territory, I would be contacting the shelter’s director, Gina Jenkins, about adopting Ella (gray and white female) and Biff (female tabby). There are plenty of other furry little kittens to choose from, plus winsome grownup cats and a goodly number of toothy canines for all the dog people out there.

As promised some weeks ago, I’m returning to the topic of tai chi, which Buddy Jett teaches in a weekly class at the Orange Train Station through Orange County Parks & Rec. I had an email chat with one of Jett’s students, OC resident Ray Herndon, who often helps his classmates adjust their form so they can get the most out of the class.

What got Herndon interested in tai chi? He told me that many years ago, he had seen people practicing the graceful moves of tai chi “and wondered what they were doing. Later, while working as a registered nurse, I was impressed by medical research articles on the positive effects of tai chi for overall health, emotional well-being, balance and coordination.” He eventually gave it a try but didn’t commit to it until fairly recently, during his recovery from Miller Fisher Syndrome, a neurological condition that can cause double vision and balance problems, among other symptoms. He said, “I recalled meeting Buddy at a health fair in Orange County, and also that tai chi is known for improving balance. So I joined the class about a year and a half ago to help overcome residual effects from my illness. It’s been helpful in many ways, and I’ve made new friends as well.”

When I asked Ray what he especially likes about tai chi, which Jett calls a philosophy, he responded, “I don’t pretend to understand the many subtle nuances of Eastern philosophy embodied in tai chi. I appreciate the emphasis on cultivating a sense of calm and balance in all things.

“I’m also impressed that tai chi is an ‘internal’ martial art, which does not rely on strength to overcome an obstacle or to overpower an opponent. It focuses more on great self-awareness, sensing the energy and direction of the opponent, and calmly but skillfully responding to escape an attack, redirect it or even turn it to your advantage.”

Herndon said tai chi has improved his balance and after a session he feels “calmer, more focused and more positive.” He added that he greatly appreciates Jett’s teaching style: “Buddy is down-to-earth, open and friendly. He also has a depth of knowledge from years of profound devotion to this art.”

If you’ve read this week’s editorial page, you know that Jeff Poole, editor of the Orange County Review, is calling it a wrap after 26 years at the helm of this storied publication. To my favorite editor, best of luck and a thousand thanks for your tireless and thorough coverage of Orange County!

Write to me at hwholladay@gmail.com.