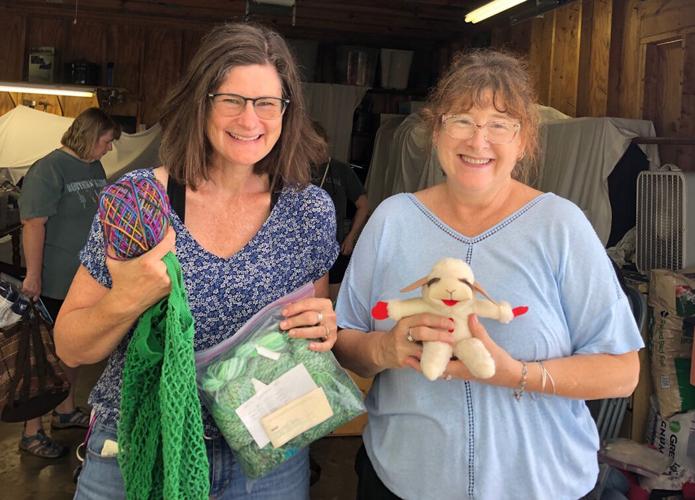 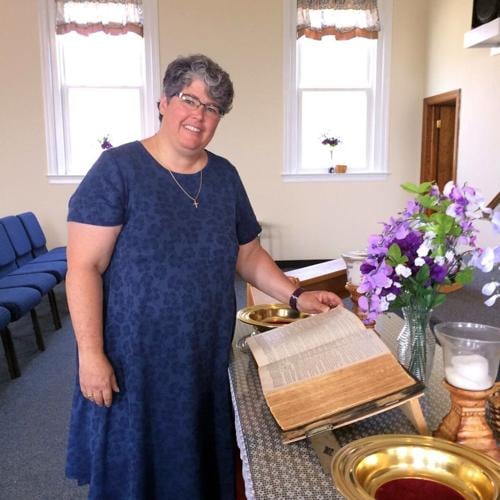 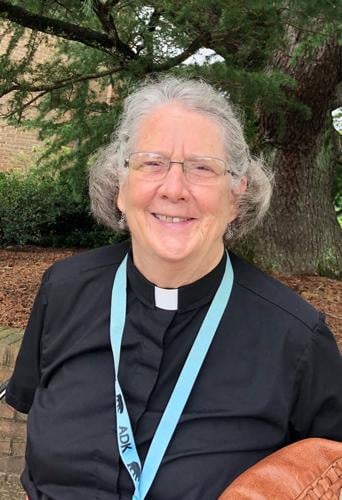 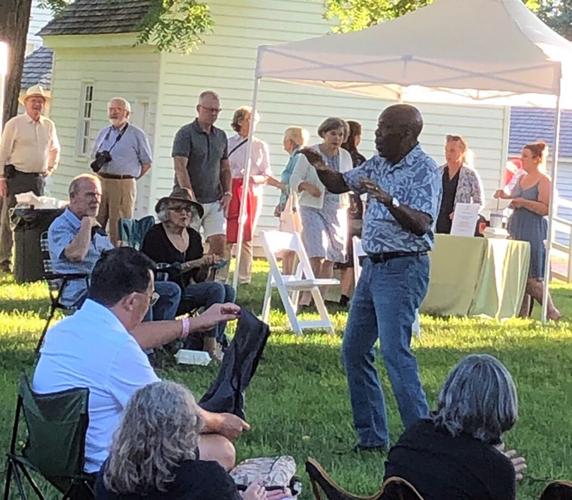 Calvin Earl steps into the crowd during his closing song at Montpelier.

Pam Edelman, pastor of Orange Church of the Nazarene, met Orange Elementary School teacher Andrea Smith by chance at a yoga class, and they struck up a conversation about Edelman’s desire to offer English classes to non-native speakers. Smith teaches that very subject at Orange Elementary, and she was just the person Edelman needed to make her plan come alive. This summer, Smith and Edelman launched a weekly English class for adults at the church on West Nelson Street.

For the first session, which wrapped up on Monday, two men were enrolled in the free class. “Both work full-time and are trying hard to make a life here in America,” Edelman said of the students, whose first language is Spanish. “They seem to be enjoying [the class] and seem motivated to learn.”

Edelman told me that she wants to help non-native speakers learn English so they can advance in their jobs and expand their social circles. The class that Smith is teaching, with assistance from Edelman and others in the community, is very basic, with an initial focus on numbers and days of the week, and there’s no homework. Childcare is available for parents who take the class, which can accommodate up to 16 students. The next session runs Aug. 1-29 on Mondays from 6-8 p.m. Edelman hopes more people will sign up and take advantage of a class tailored to their interests and needs. She’s happy to answer questions and register students at (434) 466-4011.

As my conversation with the community-minded pastor drew to a close, she revealed that the class is part of a larger plan she has in mind: “Church of the Nazarene in Virginia has 27 Spanish-speaking congregations. It’s my dream to possibly have a bilingual congregation someday where we worship together in both English and Spanish. [The English class] is a step in that direction, a step in that dream.”

After chatting with the Anchor House cyclists who paused to refresh themselves at Orange Presbyterian Church on Sunday, the first day of their 500-mile fundraiser [see story on page A5], I caught up with another local minister, the Rev. Pat Nabers, on her way home after leading the service at OPC. Retired from her position as minister of Good Shepherd Lutheran Church, where she served for more than 15 years, Nabers told me that theologians address the differences between denominations, but a typical Sunday morning Presbyterian service is not all that different from one at a Lutheran church. In any case, she’s happy to fill in at OPC while the church looks for its next minister.

What did Pat have planned for the rest of her day? “The post-liturgical nap is a pleasure in the ministerial world,” the candid pastor replied. “I used to think it was just me, but it’s a well-established process.”

Close by on Main Street, at the home of Gerilee Hundt and her husband, Kevin Hagood, it wasn’t nap time just yet. The sign out front advertised not a yard sale, but a yarn sale, and because Byrd Street is always looking for a good yarn, I headed around back to the garage. There I discovered people picking through bundles of yarn and crochet-related items. Hundt told me that a friend of hers and fellow fiber artist, Elizabeth Hartsell of Culpeper, had died in March and left behind an enormous quantity of yarn, plus spinning wheels, spindles, sewing machines and various knitted items, including dog sweaters. The purpose of the garage sale was to “rescue the yarn and make sure it goes to a good home,” Hundt said, with proceeds going to Bob Hartsell, Elizabeth’s husband.

Gerilee has been a knitter since she was a little girl, having learned the homespun art from her grandmother. What’s the appeal? “It’s so relaxing. I like making art that’s usable,” including lace shawls that she gives to her in-laws at Christmastime. As for Kevin, she’s knitted him “socks, hats, fingerless gloves and slippers. He is now a warm person.”

Here’s to woolly warmth in the winter, though I’m in no rush to get there.

Meanwhile, at James Madison’s Montpelier, the members’ event on Sunday evening had the look and feel of an occasion people will look back on as a highlight of the summer. The mansion and South Yard were open for informal tours, as was the pollinator-filled Annie DuPont Formal Garden. On the lawn behind the mansion, Charlottesville-based musician Calvin Earl sang folk songs and played his acoustic guitar. Seated in front of him in lawn chairs or on blankets, dozens of visitors enjoying picnic suppers they had brought or purchased from the Firefly food truck. Adding to the conviviality, Patch Brewery was selling beer, and Barboursville Vineyards had wine for sale.

Everybody welcomed the glistening weather, but none more so than Montpelier’s interim president and CEO, Dr. Elizabeth Chew. I asked whether the gathering was her idea. In response, Chew smiled and pointed out Stephanie Hallinan, Montpelier’s associate director of donor engagement, and gave her full credit.

While I observed the crowd, relaxed and at peace during the stirred-up times we live in, I thought I heard a light, hopeful sound above the gentle strumming of Earl’s guitar. It was, just maybe, the sound of a page turning at Montpelier, a new chapter beginning.

Until next time. Send your tips and quips to me at hwholladay@gmail.com.

Calvin Earl steps into the crowd during his closing song at Montpelier.