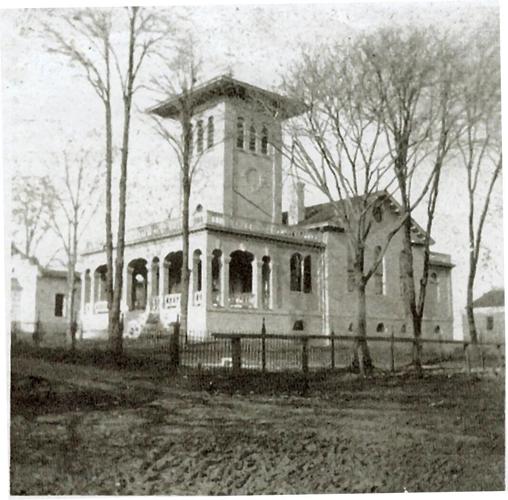 The Town of Orange was originally founded as a small settlement around the newly-relocated courthouse, pictured above in the late 1800's. 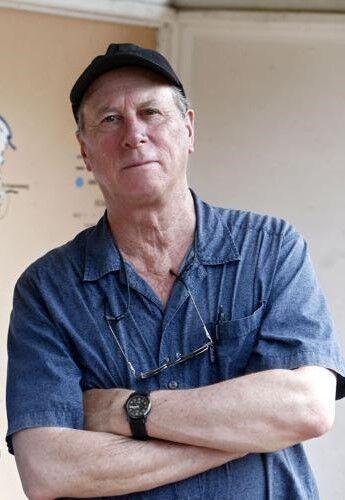 The 150th Anniversary of the incorporation of the town of Orange was this year, and the Orange County Historical Society's contribution to the festivities will a new Phil Audibert documentary on this history of the town.

To celebrate the 150th Anniversary of the Incorporation of the Town of Orange, local historian and documentarian, Phil Audibert, has spent the better part of the past year working on “Unqualified Promise,” a film about the history of Orange County.

If the name sounds familiar, it’s because Audibert was featured heavily in the October 25 editorial about Edna Lewis. His work as a lauded storyteller, historian, writer, and member of the Orange County Historical Society, has made him a near-ubiquitous presence in the pages of this paper. Even before his endeavors in the community put him there, his weekly human-interest segment, “The Orange County Insider,” earned six first place awards from the Virginia Press Association and were even published in a book titled, “LOCAL FOLKS: A collection of stories about people from the files of the Orange County Review.”

It’s this expertise and track record that spurred the town of Orange to reach out to Audibert when they were planning their celebration of the town’s 150th, in observance of the 1872 incorporation of the Town of Orange.

Over the past decade, Audibert has thus far written three books and given countless hours working to research and educate the world about Orange County, as well as the inverse. Audibert said that in those 10 year, this past production was the most labor-intensive of them all. Considering his body of work — which includes the production of 11 documentaries; ranging from small, 5 to 10-minute clips to hour-long feature length films — that’s saying something.

“We started this in October of last year, and we finished this past August, so it was a lot of work,” Audibert said. “I’m relieved to be finished, and I’m really looking forward to sharing what we’ve made with folks in the community.”

The film will look at the town’s origins as a small village up to its first attempt at incorporation in 1834. It will examine the events and experiences of Orange residents, with four prominent local historians as the main voices for those different groups. It will examine everything from logistics to religion, and how some of the events rippled out into time, and the waves are still felt to this day.

“In 1974, there was the bypass construction,” Audibert said. “It was plotted to run right through the African American community within Orange, and it had a huge impact on the people who were living there. It still does.”

Ray Ezell, the president of the Orange County Historical Society, is also featured in an interview, during which he gives the viewers a brief tour of some of the historical hotspots in town. In addition to volunteering with the historical society, Ezell works as a professional archaeologist for VDOT. He said that the town’s size, both in area and population, has changed drastically over the years — often due to transportation, logistics and the potential lack thereof.

“Orange became a village, or a small settlement, in the 1700’s,” Ezell said. “Around 1749, they moved the courthouse into Orange from its original position, and that’s when the town began to form. Back then, Orange likely would have had between 500 and 700 people.”

An often unknown fact is that, for a long time, Gordonsville was the larger town, he said.

“Gordonsville was the larger town for a long time because of the railroad having been built there. It was until there was also one built through Orange that it began to grow in approximate levels.”

The title of the film, “Unqualified Promise,” comes from a quote from Gen. Joseph Martin, according to Ezell and Audibert. Joseph Martin, who was the namesake of Martinsville, Virginia, had once lived and married his first wife in Orange.

“Orange remains a place of unqualified promise,” Martin said, in 1835.

As Audibert waits in anticipation for the premiere like everyone else, he seemingly contradicts himself when he says that he is glad to be finished with his twelfth documentary, but also that he already has his next project picked out:

“I’m going to be taking a break for a while,” he said. “I can’t wait to go back to making funny dog and cat videos.”

The Town of Orange was originally founded as a small settlement around the newly-relocated courthouse, pictured above in the late 1800's.

The 150th Anniversary of the incorporation of the town of Orange was this year, and the Orange County Historical Society's contribution to the festivities will a new Phil Audibert documentary on this history of the town.