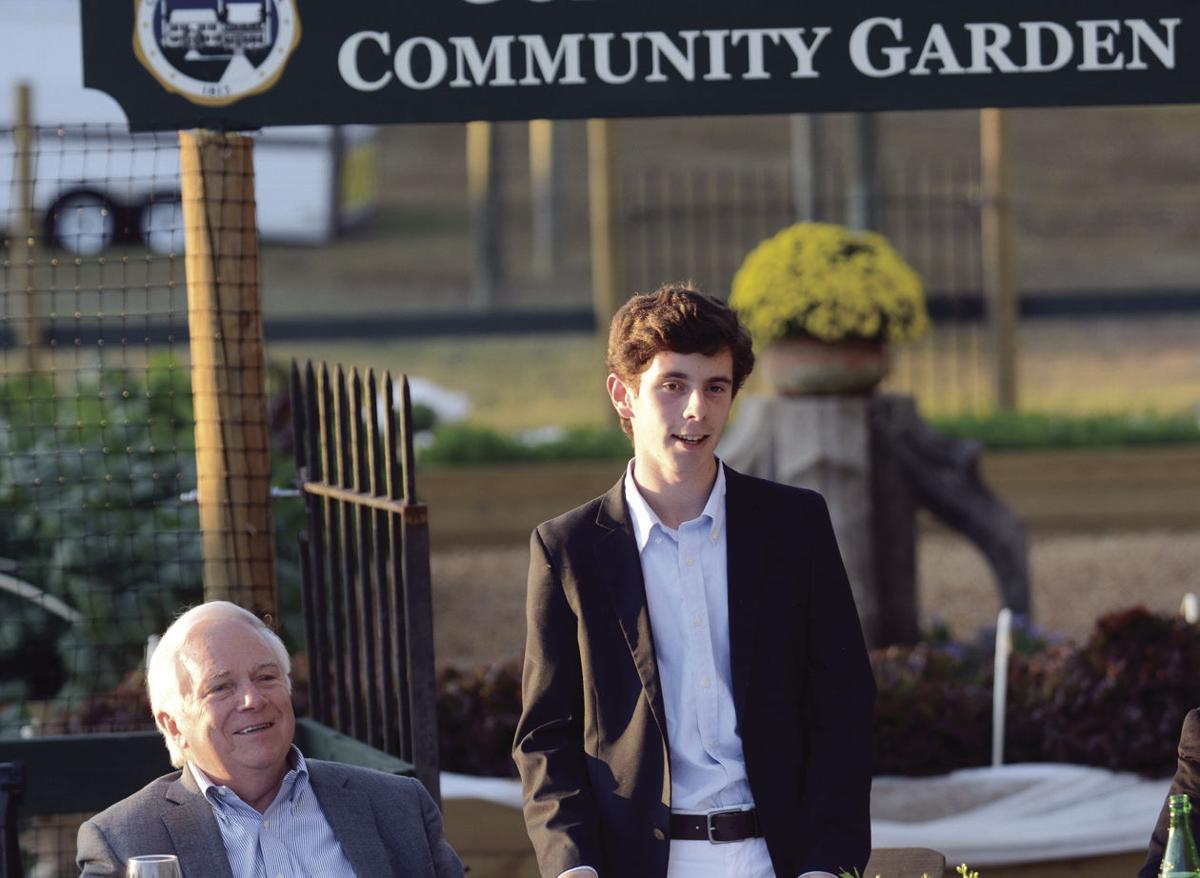 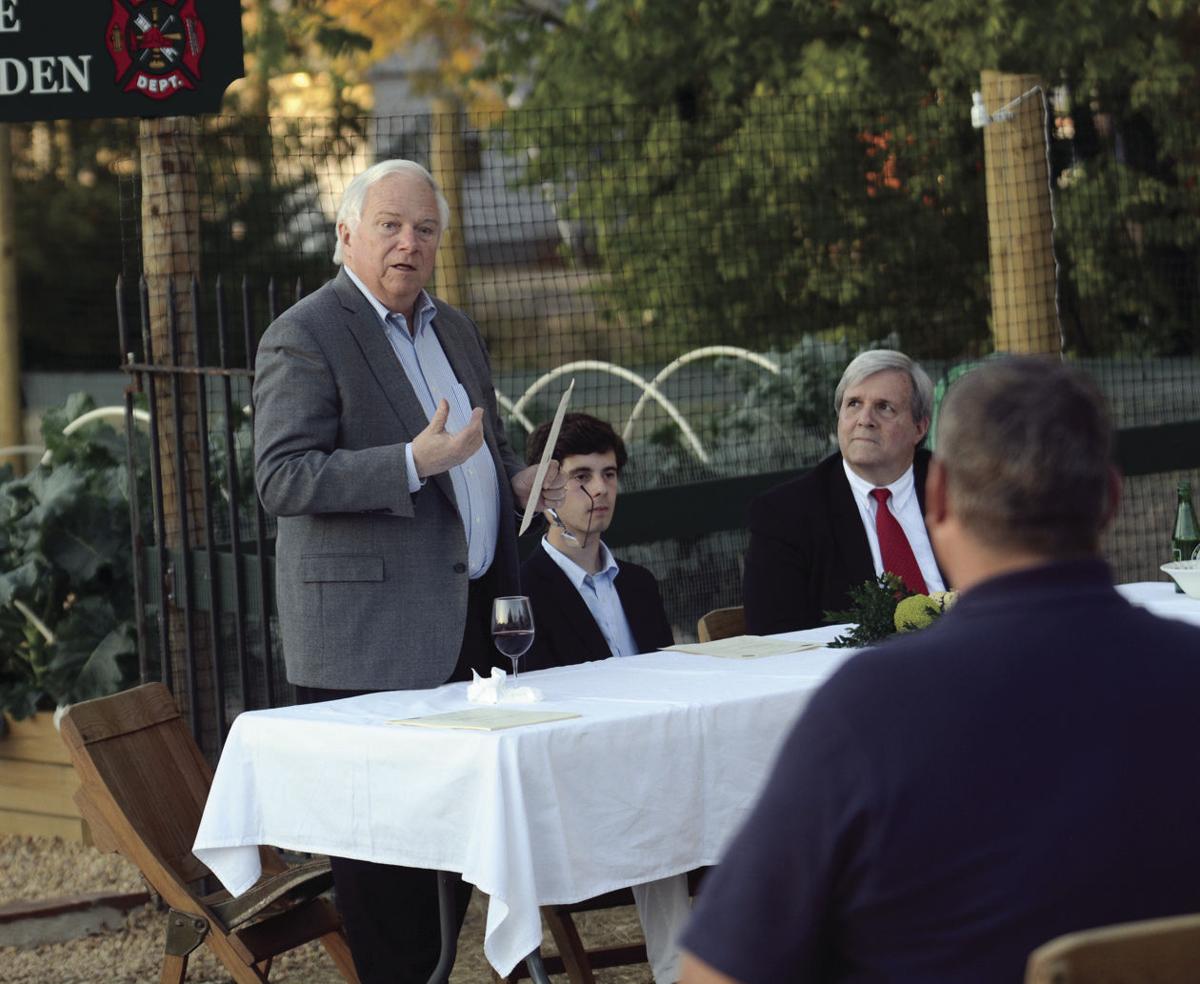 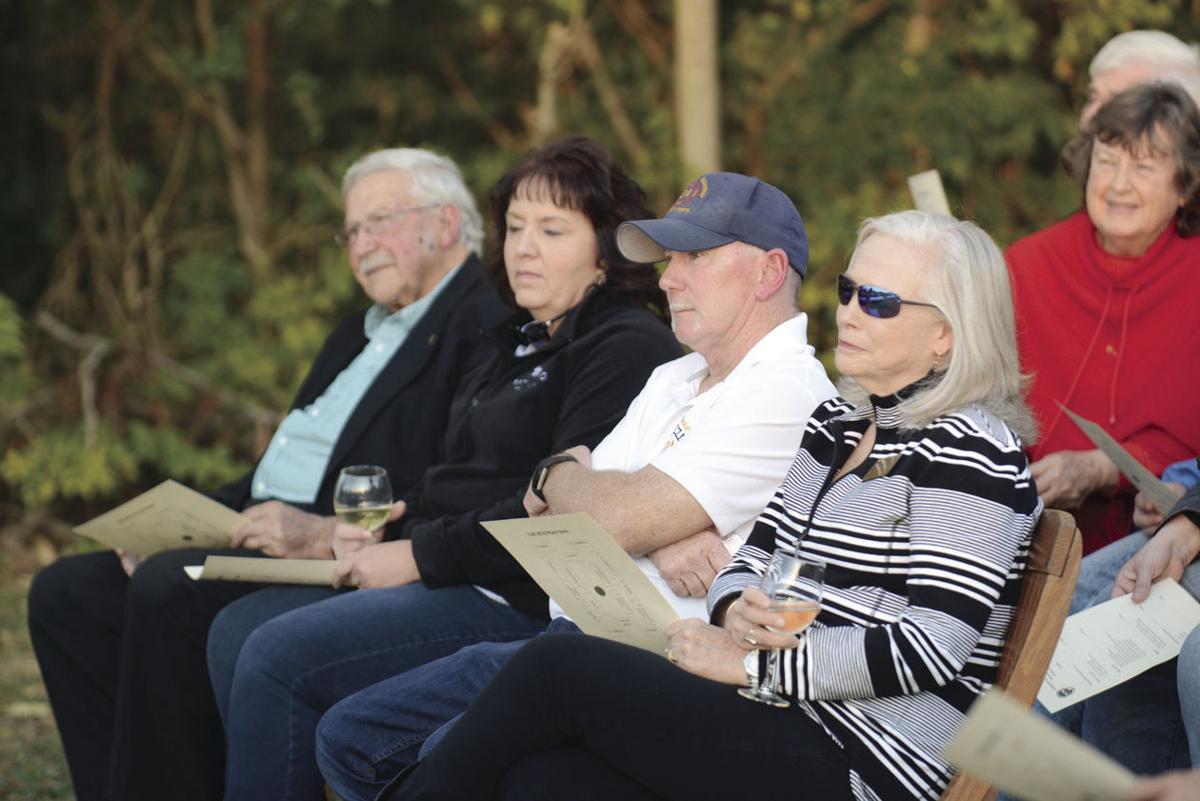 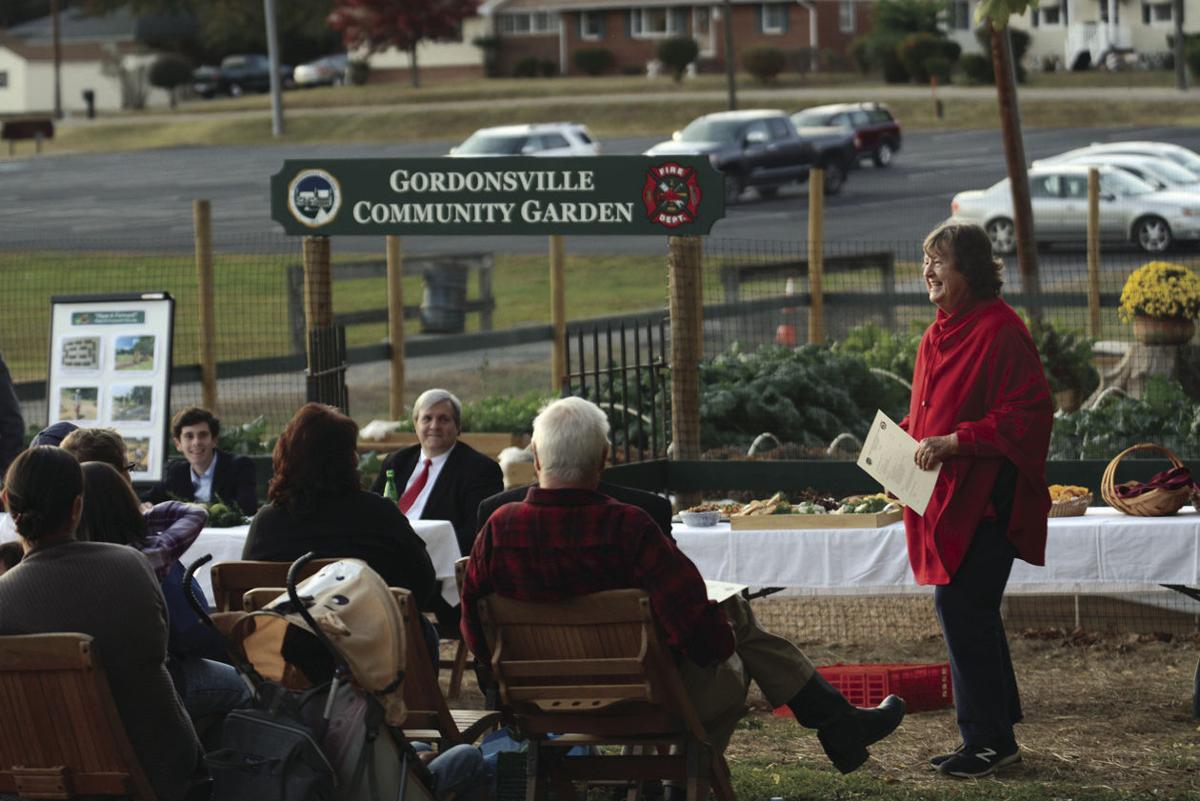 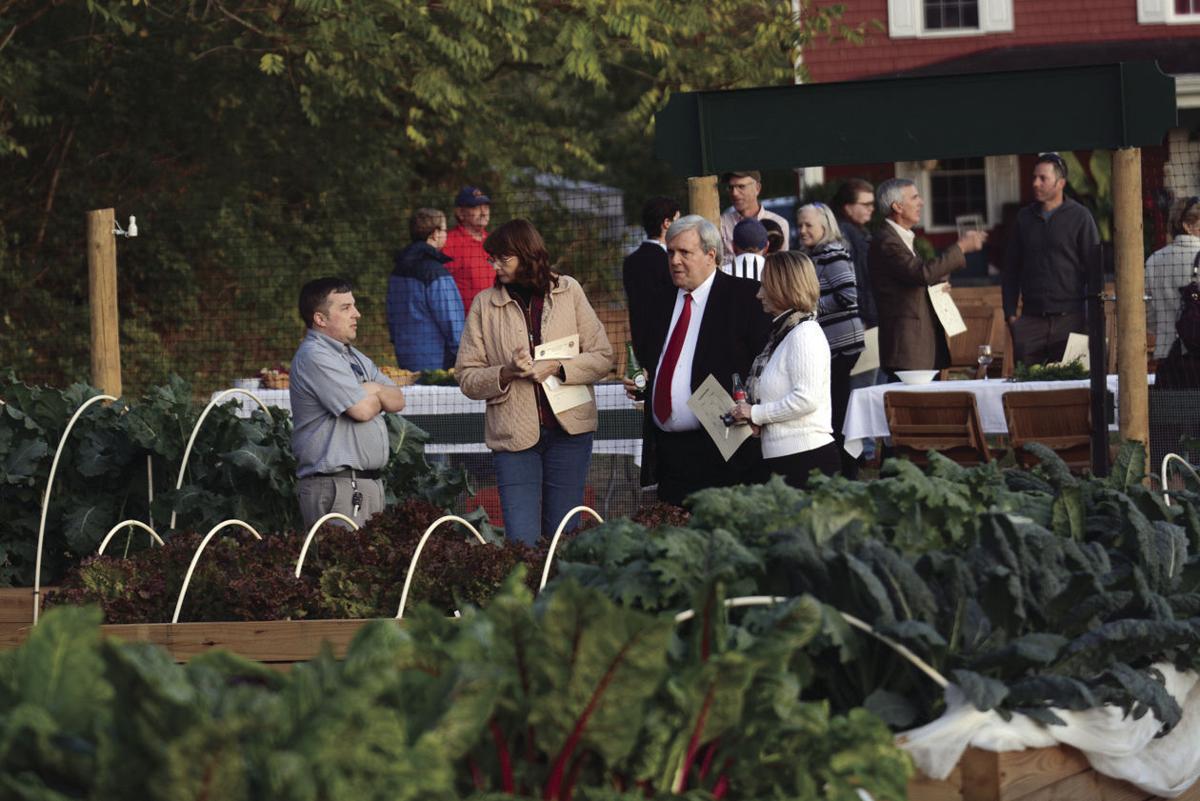 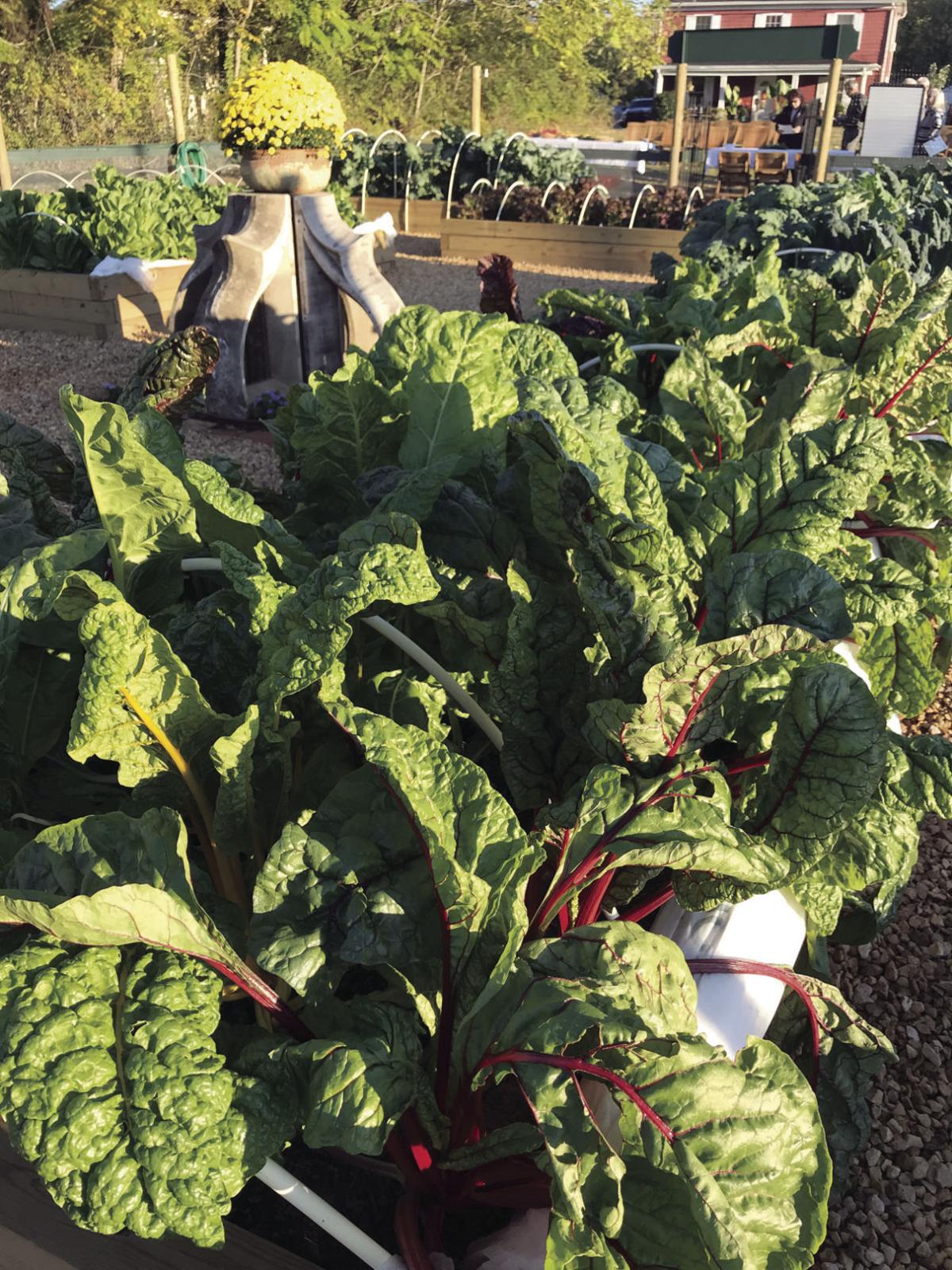 Each Woodberry Forest School student pursues a community service cause as part of his secondary education.

When Gordonsville’s Audric Gupton considered where his efforts might be, he wasn’t satisfied with the obvious choices.

He said he wanted to do something “significant” to help others.

Friday night, that “something significant” was in full bloom as contributors, town officials and members of the community gathered for the dedication of the Gordonsville Community Garden behind the Gordonsville Volunteer Fire House.

“This is a wonderful day,” Gordonsville Mayor Bob Coiner said in opening the program. “How long have we wanted a community garden? We’ve finally got one.”

The 48 x 60-foot fenced plot of 16 raised beds with drip irrigation sits at the rear of the fire company’s fairgrounds between Baker and Weaver streets in town.

Gupton said he didn’t want a community garden where individuals would use a bed or two for their personal use, but one where the garden could be supported by volunteers who would distribute the produce to those in need, while fostering a message of education and training.

Then, he admitted, he had no idea how hard that would be to achieve.

“I thought we’d just use water from that stream,” he said, motioning to a small ditch bisecting the fire company property.

As it turns out, the project was far more complex—but not in a bad way.

When he solicited suggestions for his community service project, the Woodberry Forest School senior spoke with Gordonsville Public Works Director Vincent Seal who suggested the community garden idea. “I thought it was the perfect match for the objectives I had in mind,” Gupton said.

Seal helped broker the connection with Gordonsville Volunteer Fire Company Chief Ronnie Johnson, and the project was underway. In addition to meeting with fire company representatives, Gupton spoke with town officials and experienced gardeners, including nearby resident Otto Sherwood—who often cultivated the largest plot in town—as well as Dolley Madison Garden Club President Gail Babnew, among others. He also received “consulting assistance” from his grandparents, Bruce and Jaqueline Gupton.

Audric Gupton hopes his “plant it forward” garden—modeled on the popular “pay it forward” mantra—becomes a true community project. To that end, he envisions the GVFC Auxiliary helping in an administrative and supportive role, while others help with the planting and tending and still others with the distribution of the produce.

Barbara Willow Drinkwater, who volunteers with the local Feed My Sheep ministry among Gordonsville churches, said she was delighted to be asked to help. With the beds overflowing with fall produce, she said, “It hardly looks like we’ve already picked anything but we will continue to distribute this food to those in need.”

She said the bright, leafy greens would be featured on the menu of the upcoming Feed My Sheep luncheon.

In the meantime, Drinkwater said, she’ll work with others in the community to distribute the produce to those who need it the most.

Constructed during the sweltering summer months, the garden will be planted with spring and fall crops and Gupton hopes the initiative will take root beyond Gordonsville.

At Friday’s dedication, Bruce Gupton—Audric’s grandfather—thanked the many people throughout the community who contributed talent, materials, expertise or influence to help realize the project.

He expressed hope that Audric’s project would be shared across varied platforms and become a viable option in communities elsewhere.

“I’m hopeful that the garden will serve as a vehicle for teaching the importance of good nutrition and demonstrating how families can establish their own gardens at home,” Audric Gupton said.

Sherwood, whose famed Gordonsville garden exists nearby behind his Baker Street home, said, “I think it’s wonderful. They did a first-class job.”

OC teachers speak of frustration, exhaustion at school board meeting

In a school division that prides itself on being a family, Monday’s school board meeting revealed a family in crisis. Five teachers expressed …

Pandemic plans: Orange County's historic courthouse may be put back in use

Orange County’s historic courthouse—the one that faces Main Street in Orange—has sat empty since the early 2000s. But that may change, if the …

As the COVID-19 pandemic heads into its eighth month, virus numbers in Orange County remain relatively low and stable. On Friday morning, the …

Living in a "dead" city

The thing to say now is that New York is dead.

A fourth person from Orange County has died of COVID-19, according to the Virginia Department of Health (VDH).