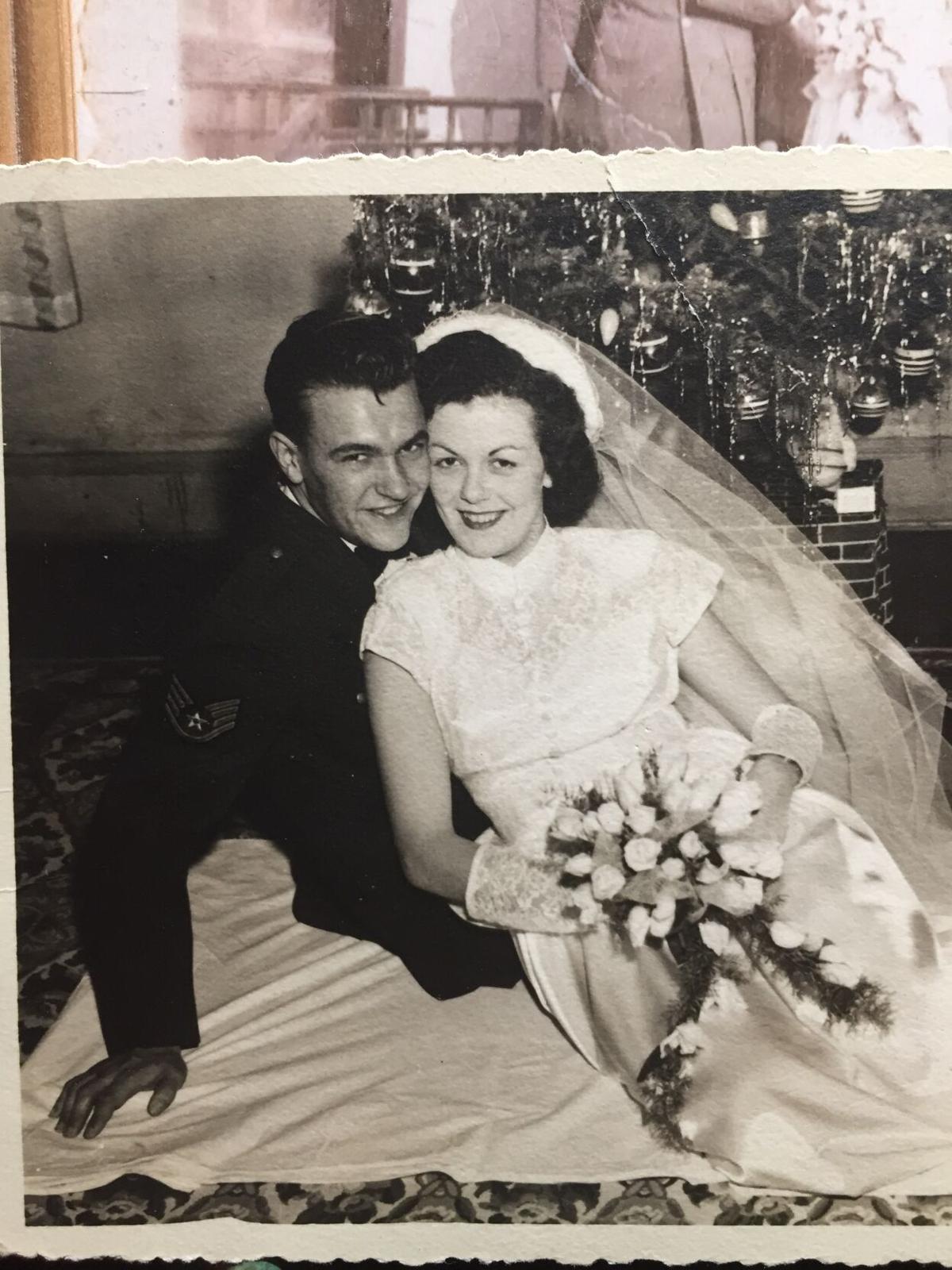 The Belskys on their wedding day in 1950. 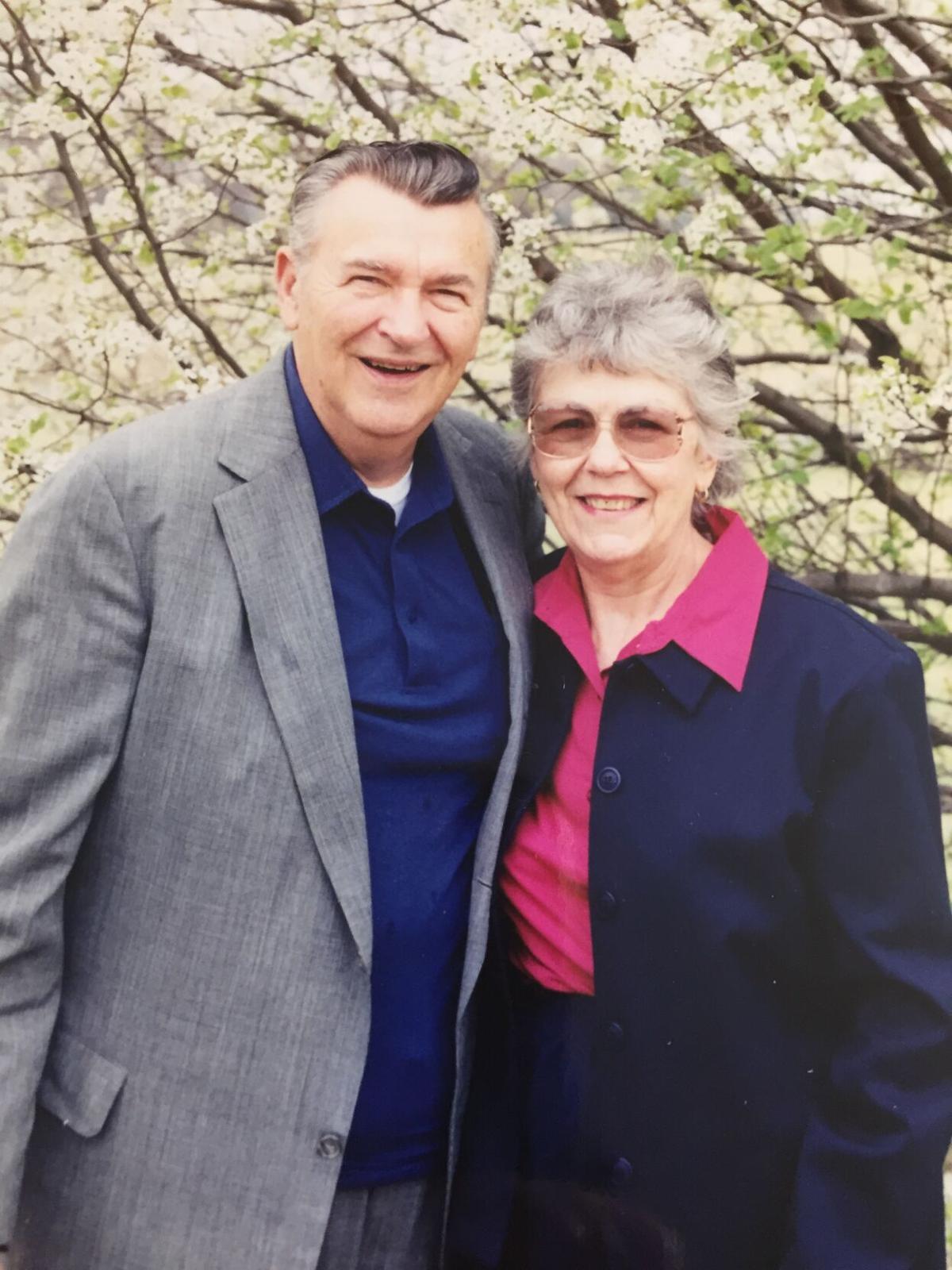 The Belskys are pictured at their 50th anniversary celebration. 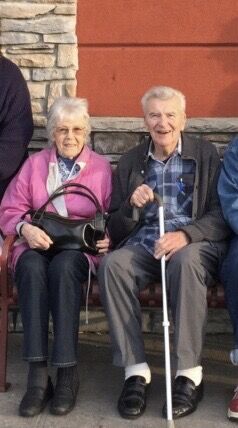 On Dec. 30 Richard and Dorothy Belsky will have accomplished something few other couples have; they will celebrate the 70th anniversary of their marriage.

Until recently, the U.S. Census Bureau kept track of marriage and divorce as part of the Current Population Survey. According to a 2009 report, just six percent of married couples reach their golden or 50th anniversary and the percentage of those that reach their platinum or 70th anniversary dwindled to less than .1% of the married population. The reason isn’t that spouses have finally had enough of each other after couples have spent seven decades together, but rather old age. Next week, the Belskys will become members of that exclusive platinum anniversary club.

Richard and Dorothy met in Leavittown, NY at a roller rink as teenagers. The couple dated until the end of 1950 when he was a 19 year-old member of the U.S. Air Force preparing to be stationed in Fort Worth, Texas. Dorothy was one year younger when the couple wed and headed for Texas in December 1950.

Nearly a year later the first of the couple’s four children was born. When Richard finished his stint in the Air Force the couple moved back to Long Island where they raised their children and lived until September 2020 when they moved to Etlan to be with their daughter, Sharon Zarambo.

For the couple, who are 88 and 89 respectively, the move to rural Virginia from metropolitan New York has been challenging, but necessary to avoid the raging COVID-19 pandemic. The couple has stuck together through thick and thin and lived what Zarambo called “traditional” roles.

“Growing up Mom was the glue that held our family together,” said Zarambo. “Dad worked outside the home and Mom cooked, cleaned and kept everything running in the house. Dad did the yard work and they went to church every week. They really believed in the system and lived a traditional life and raised our family in Leavittown living in the same home for over 60 years.”

Zarambo and her sister, Dotty Posey, say their parents enjoyed bowling and had an active social life in their neighborhood until the pandemic hit.

“My parents have had a full and active life,” said Zarambo. “Little by little their circle has passed away and then COVID came so it no longer made sense for them to stay in NY with family here.”

For other couples that aspire to reach a golden or platinum anniversary Richard offered his advice for a long and happy marriage.

“Whatever your wife says, just nod your head and say yes,” said Belsky.

Though the past year has been a trying one, there are silver linings to be found. For Madison County High School (MCHS) students, the newfound flexibility of their schedules has led to the discovery of new interests. Students have also acquired an enhanced appreciation for the people closest to them, and by facing such adversity have learned certain lessons and developed mental fortitude that will continue to serve them long after COVID-19.

The pandemic put a dent in Don Gerhart’s gigs as the so-called ‘Singing Grandpa’ of Madison County saw his regular performance venues in local nursing homes, churches and other community sites curtailed to public access so as to stem spread of the infectious coronavirus.

The Belskys on their wedding day in 1950.

The Belskys are pictured at their 50th anniversary celebration.