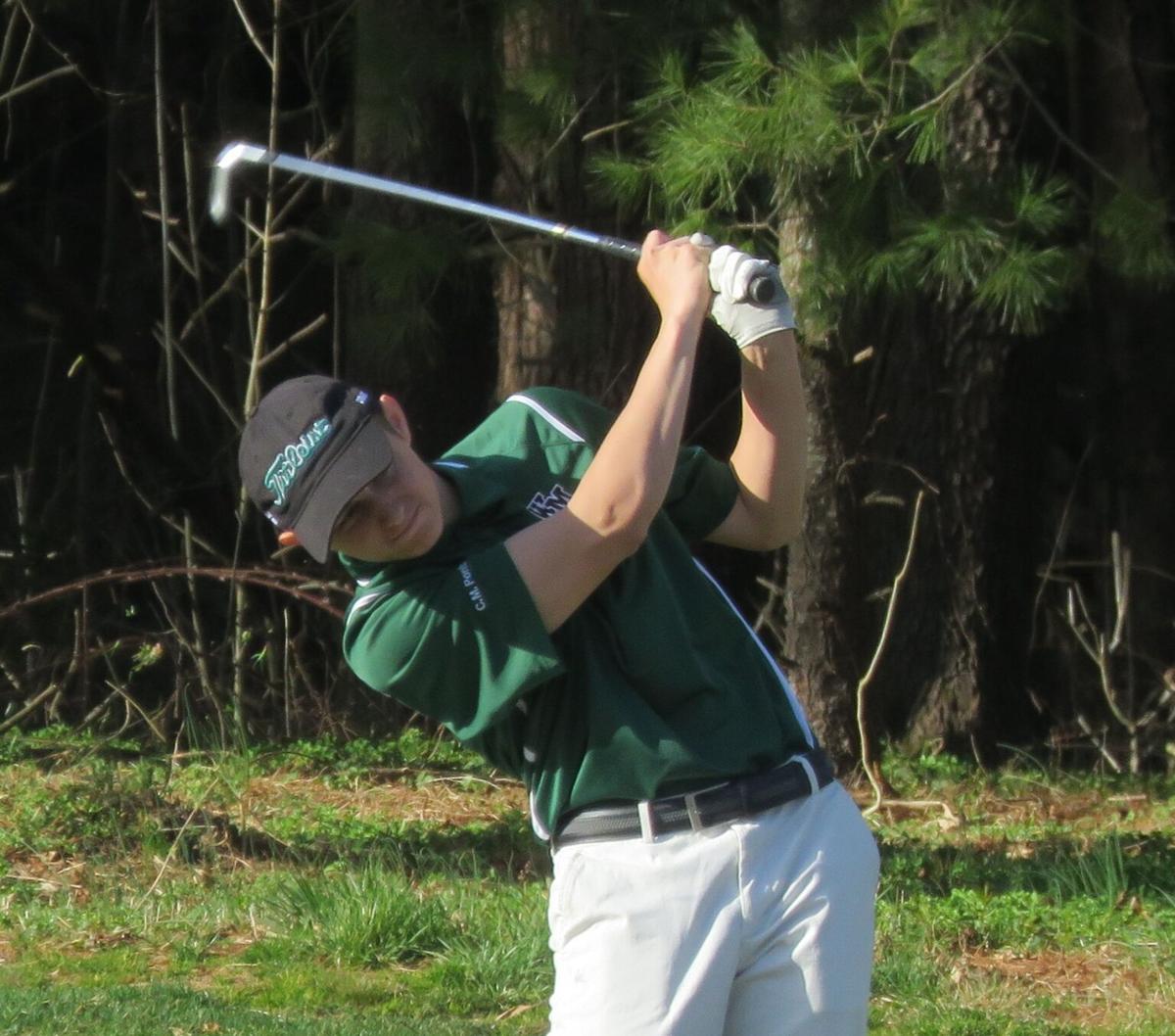 Freshman Christopher Salyers lands his second shot within inches of the hole to score a birdie. 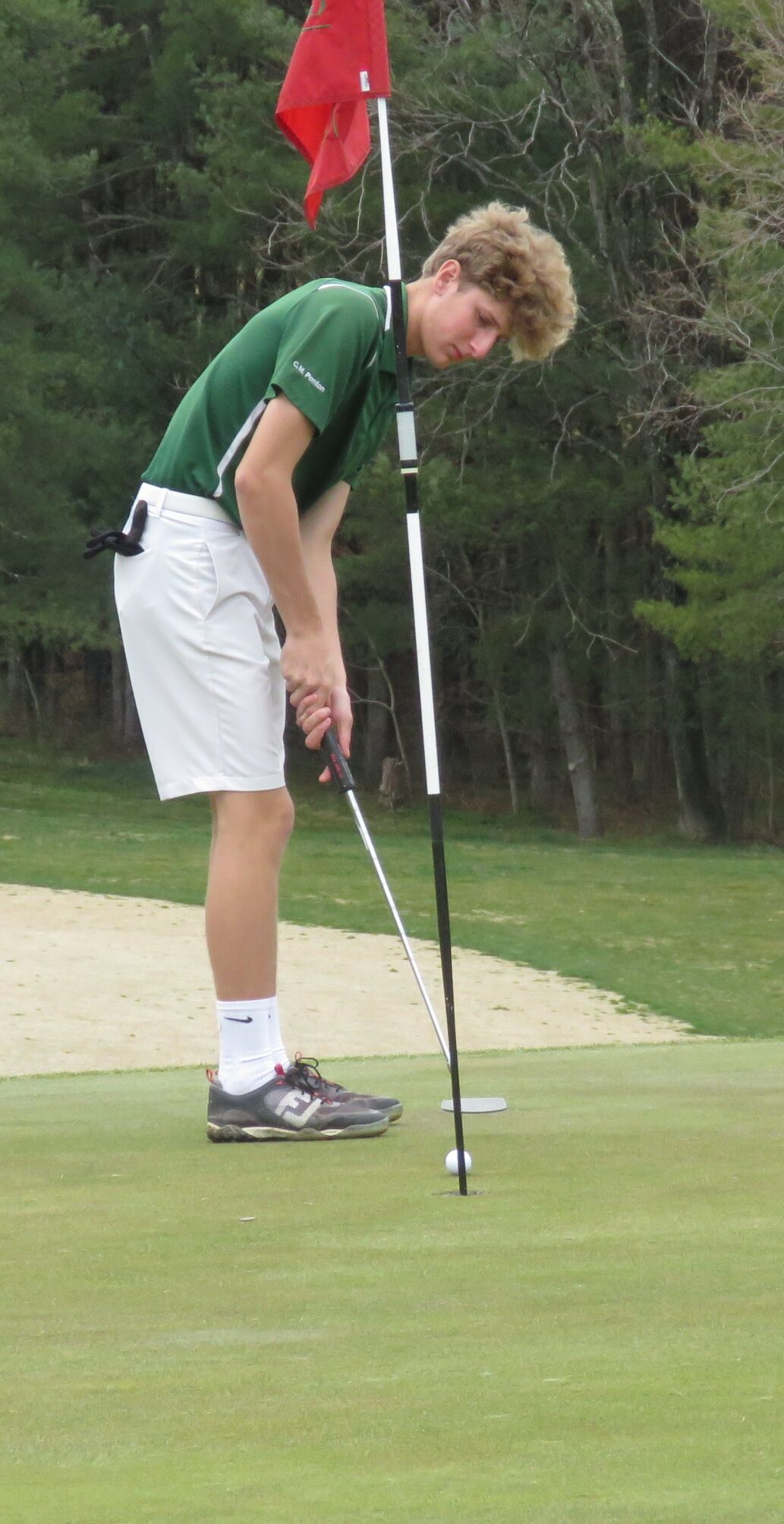 Senior Grant Woodson sinks his putt to score a birdie.

Leading with an even par score of 35 was senior Grant Woodson, followed by seniors Hayden Gibson and Shane Coleman, both shooting one over par (36). Senior Landon Morris and freshman Christopher Salyers both added a 38 for the win and Daniel Woodson rounded the team out with a 43.

On Wednesday, March 24, WMHS hosted Goochland at the Greene Hills Club. Salyers led the team effort to a victory over Goochland with a score of 158 to 166. Salyers posted a 37, 2 over par, while Coleman scored a 39. Gibson, Morris and Daniel Woodson all logged a 41 while Grant Woodson posted a 43 to contribute to the win.

William Monroe’s record in the Northwestern District is 4-1 and overall is 6-1. The team was scheduled to play district foe Central High School on Monday, after press time.

WMHS Dragons Golf clinched two more wins this past week from Culpeper and Skyline high schools, to post a winning record for the 2021 season.

Freshman Christopher Salyers lands his second shot within inches of the hole to score a birdie.

Senior Grant Woodson sinks his putt to score a birdie.