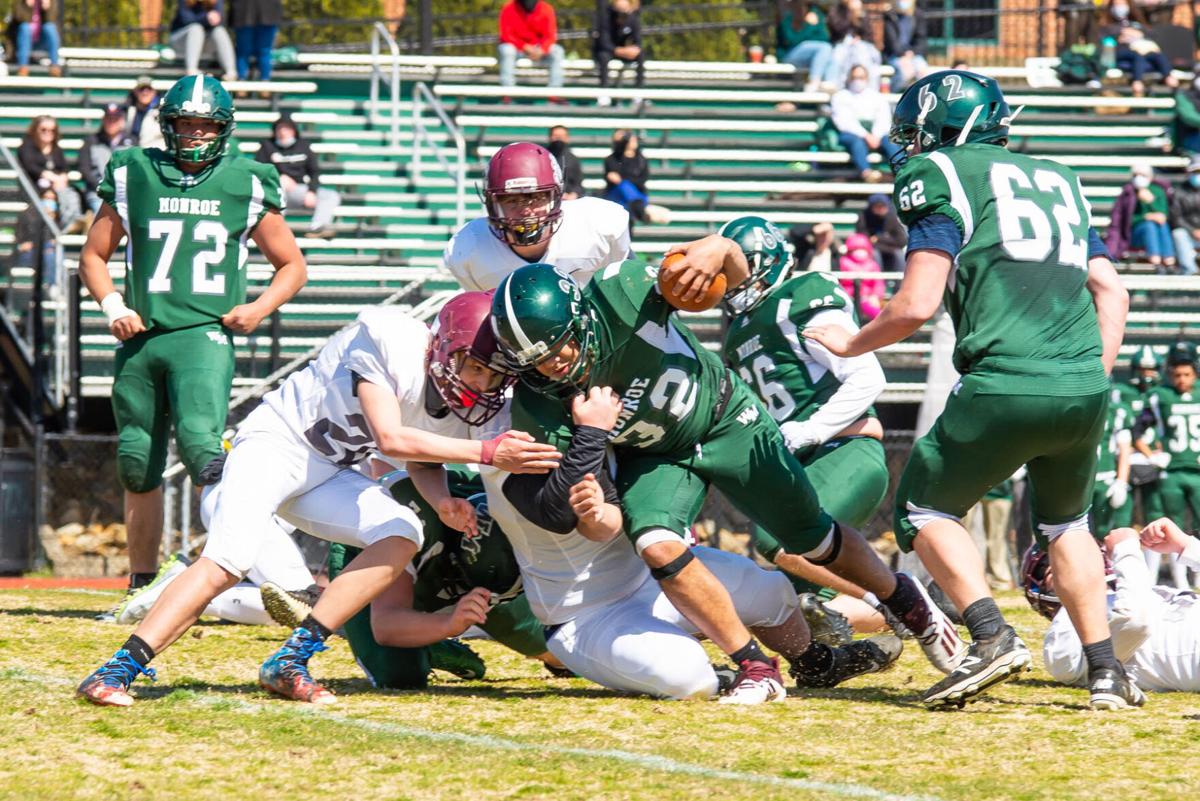 Josh Johnson pushes through the Wildcat defense for a Monroe touchdown. 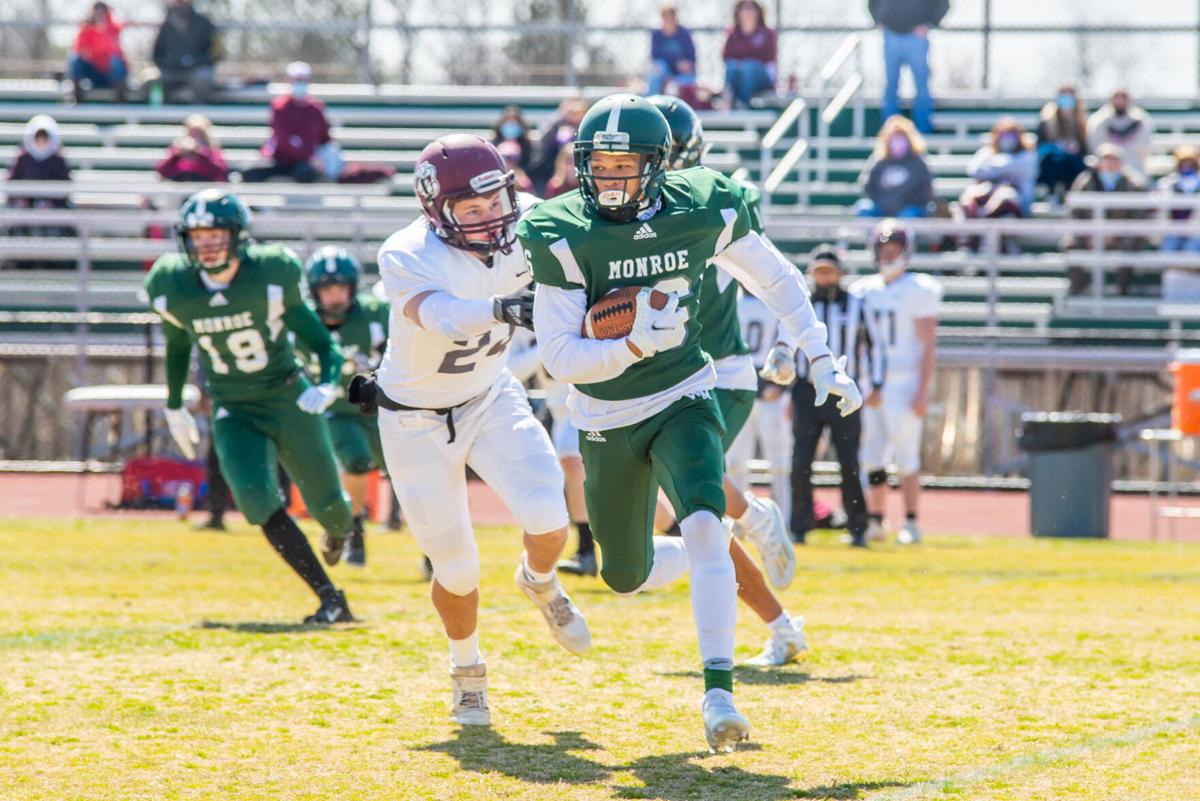 The William Monroe football team made several big plays on both sides of the ball Saturday during a 21-0 victory over Northwestern District foe Warren County at Martin Mooney Field.

Offensively, Michael McCauley rushed for a game-high 176 yards and a touchdown on Senior Day, while backfield mate Josh Johnson added 86 yards and two scores as the Greene Dragons racked up nearly 400 yards of total offense against the Wildcats while snapping a two-game losing skid.

“We just went out there and executed,” Johnson said. “We knew coming into the game we were down two key players and we just had to go out there and do our thing.”

After trading scoreless possessions to start the game, William Monroe (2-2) went to work on a nice scoring drive late in the first quarter. McCauley capped a seven-play, 66-yard drive with a 14-yard touchdown run to give his team a 7-0 lead with 4:07 left in the first quarter.

The Dragons’ defense came up with a big play in the second quarter when Isaiah Taylor brought down Warren County quarterback Bryce Post for a 13-yard sack to give the ball back to the offense.

William Monroe went to work, marching 81 yards on nine plays, capped by Johnson’s 1-yard touchdown run on fourth and goal to extend the lead to 14-0 with 3:56 left in the half.

The Dragons carried that two-touchdown lead into halftime before Warren County tried to make a run in the third quarter. The Wildcats, sparked by the hard running of Post, had two 10-plus-play drives, but neither resulted in points.

A sack on fourth down forced a turnover on downs on the first drive of the second half. On the Wildcats’ next possession, they were driving again before Gavin Hussar picked off Nicolas Foltz’s pass on the final play of the third quarter to force another turnover for the Dragons.

William Monroe made the most of the extra possession as Johnson rumbled 67 yards to pay dirt for his second score of the game with 11:47 left in the contest.

“The two touchdowns were great,” Johnson said. “Me and Michael McCauley just love each other so much and we love playing the game. I was like, ‘You go down there, and you score, and I’ll get down there and I’ll score.’ We wanted to have three apiece, but penalties got in the way.”

The Dragons’ defense capped the game with another big play when Daelan Powell-Jackson intercepted Post’s pass at the 10-yard line with less than two minutes to play to seal the win.

Quarterback Blaise VanDyke was 7 of 11 passing for 101 yards, while Troy Jones added four catches for 35 yards in the win.

Saturday’s victory moved the Dragons into second place in the district standings and puts them in position to battle for a playoff berth.

“We really wrapped everything together,” he said. “We got the offense and the defense together. The defense played lights out, Brandon [MacDonald], Isaiah [Taylor] and the rest of the line were great.”

The Dragons lost in a tie-breaker during the Northwestern District Playoffs on Monday, April 5.

Josh Johnson pushes through the Wildcat defense for a Monroe touchdown.