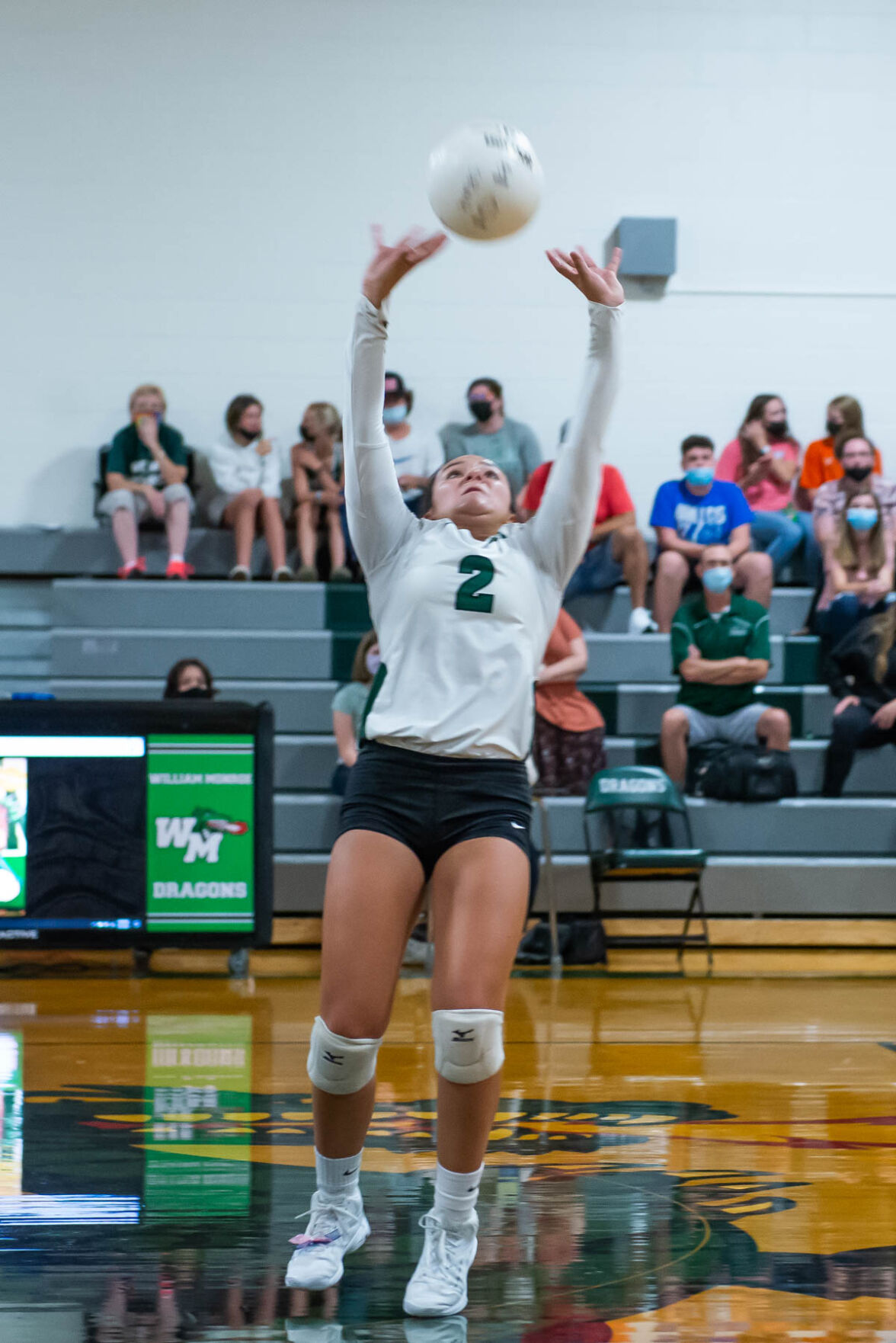 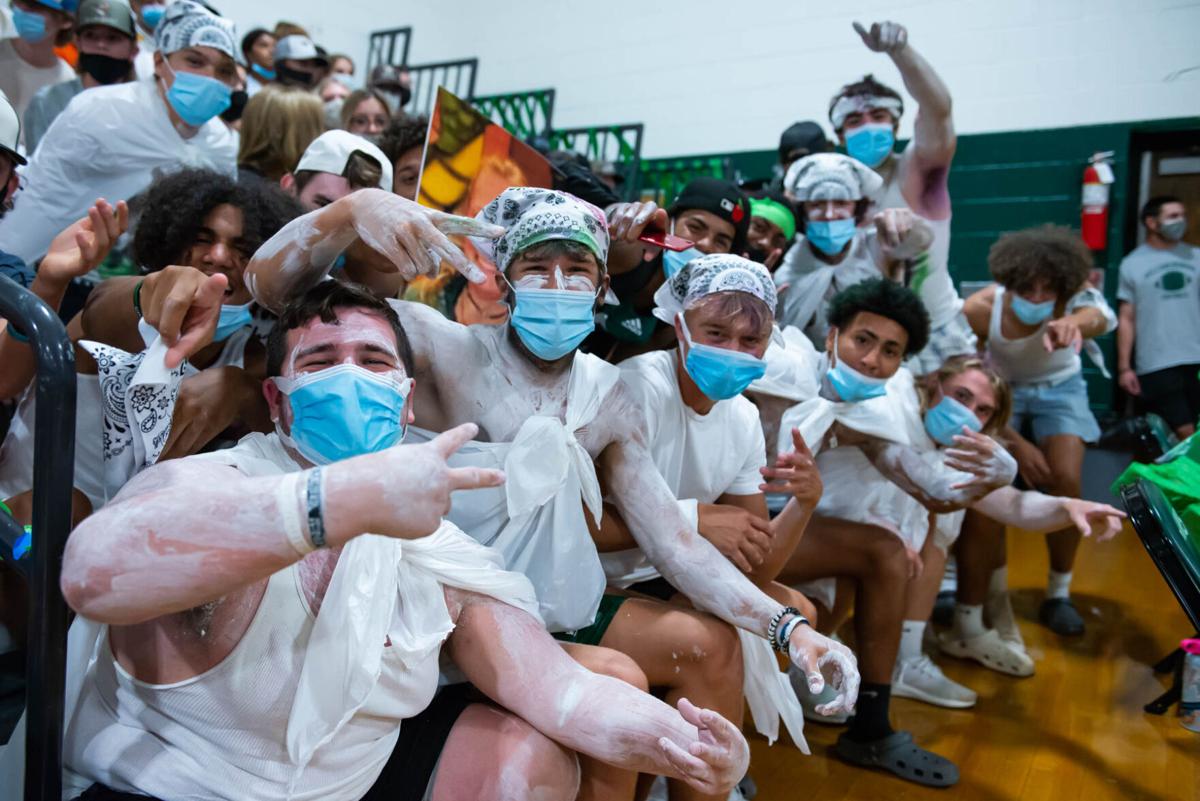 The student section celebrates last week’s volleyball game with a White Out.

The Dragon’s Lair during last year’s volleyball season was a muffled whisper of noise compared to a nearly full gym—complete with vocal student section—last Thursday as the Dragons defeated Spotswood High School, 3-1, on senior night.

Students chanted “Hit the Ball,” when the Blazers let a ball drop to the floor; “You can’t do that” when they made a misstep and hit the ball four times or appeared to carry the ball instead of spiking it; and the famous “Scoreboard” chant when the Dragons were up over their foes.

Head coach Leah Wimmer said she loves having the student section back in the stands this year.

“I think it just help them, keeps their energy up,” she said. “It keeps them hyped. And they feed off of that. Plus, they just love having their classmates support them.”

The first set began as a kind of see-saw matchup, each team earning a point then siding out for the other team to take the serve. When the set was tied 6-all, the Dragons began to gain traction. Senior Mara Woolford earned two of her nine kills back-to-back. Junior Ella Weaver earned one of her two aces, followed by tapping the ball over the net so the Blazers were unable to return it, bringing the score 18-11, Monroe. The Blazers called for a time out, but the rally wasn’t strong enough and the game ended 25-17, William Monroe.

The fourth set was close, each team trading points at the beginning until the Dragons took a big lead, bringing the score 17-9, William Monroe. After a Spotswood time out, the Dragons gave up several points in a row until the score was 20-17 and the Dragons called a time out. Spotswood would only gain two more points while the Dragons went on to win the set, 25-19, and the match, 3-1.

“I think they played great, especially on senior night,” Wimmer said. “The seniors came out to play hard. Everyone was extremely aggressive and they played very scrappy ball. They didn’t let the ball touch the ground, unless they couldn’t get there. It was very similar to when we played Madison. They took the things we work on in practice—finding holes, setting plays and talking to each other about what they’re getting ready to do ahead of time. When they do that, it pays off.”

The student section celebrates last week’s volleyball game with a White Out.