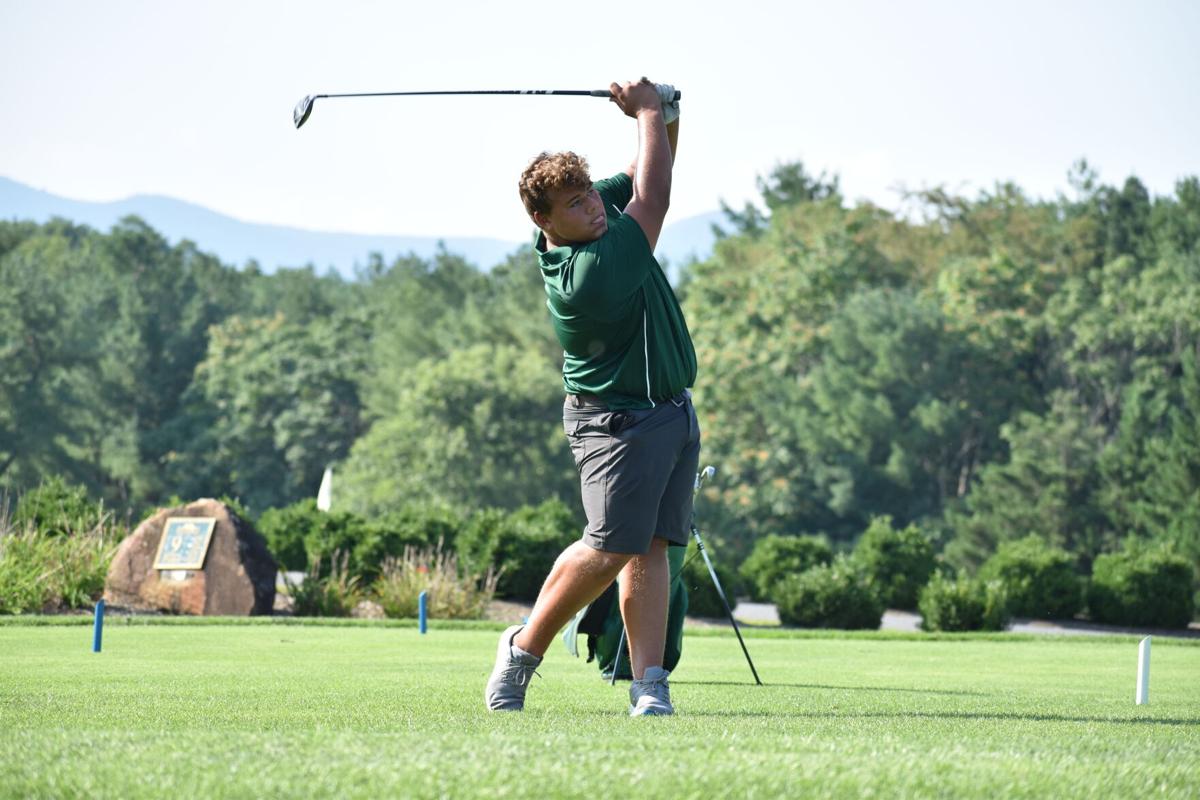 Riley Mitchelson sends the ball sailing down to Hole 4. 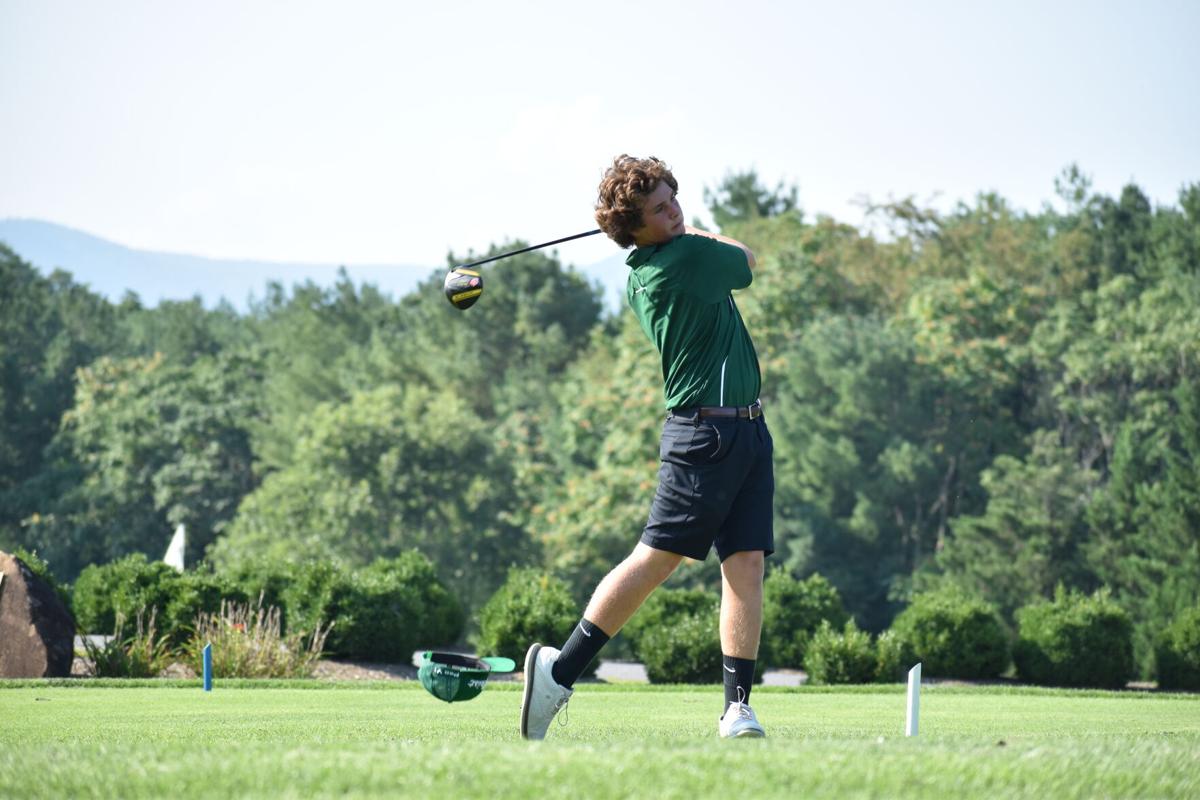 Whenever Daniel Woodson’s hat falls to the ground, he has made the perfect line drive. 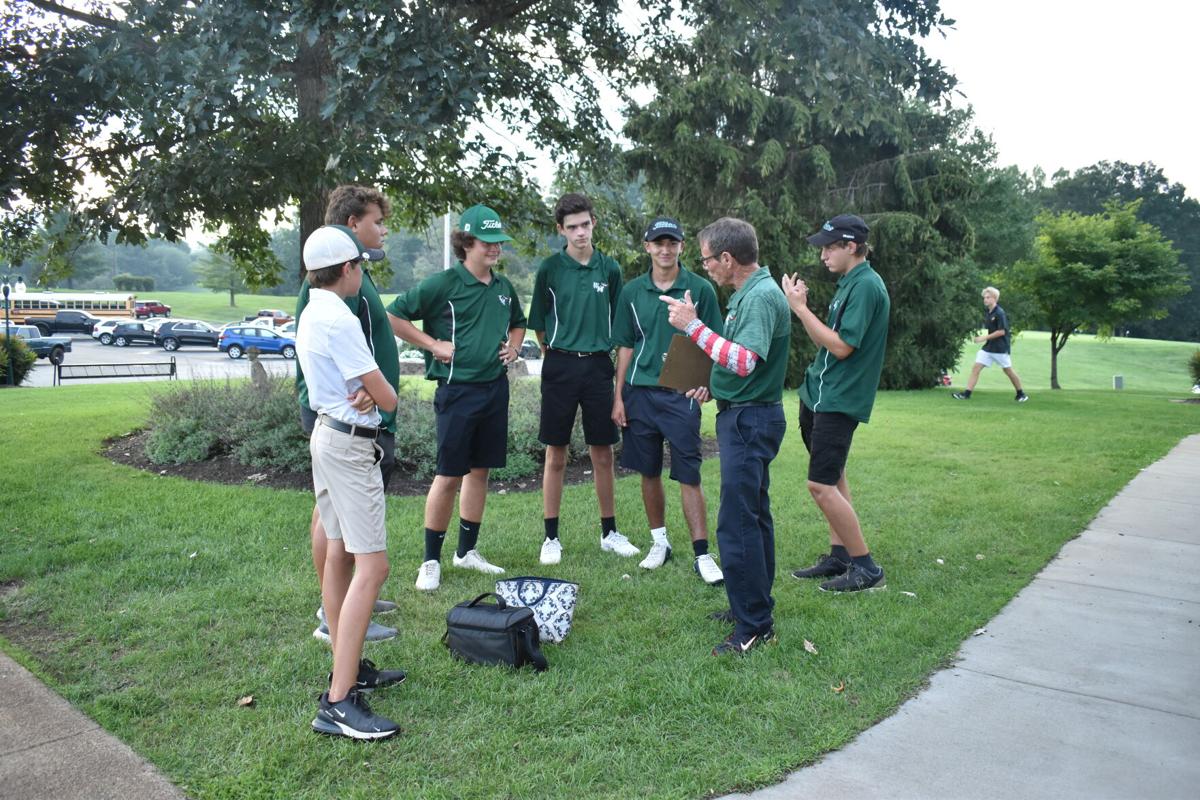 Coach Morris gives his team a pep talk prior to the start of play. 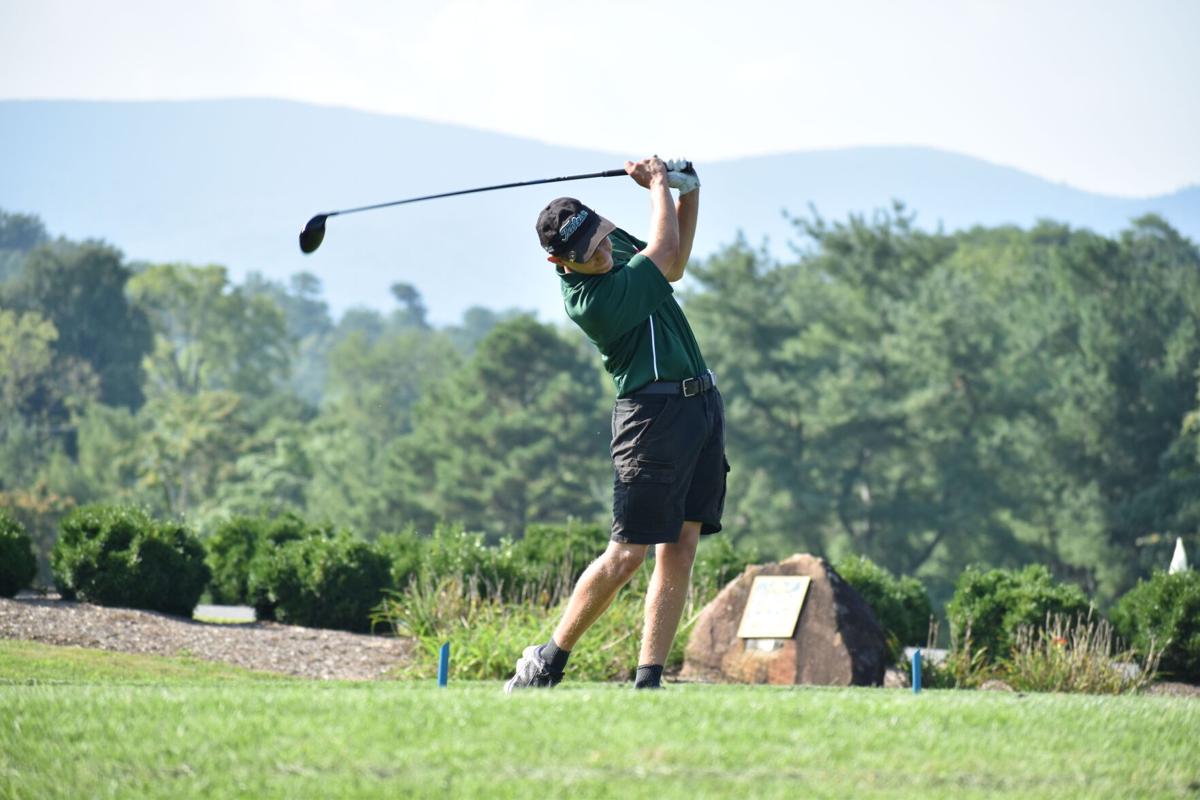 With only a five-squad team, the William Monroe High School Dragons golf team did not lie down in defeat on Monday, Aug. 23.

Coach Ronnie Morris and his small squad saw not a setback, but rather an opportunity to grow as a team—and it paid off in victory over the teams from Orange and Fluvanna counties.

Daniel Woodson posted a two over par with 37; Christopher Salyers scored 38 and Riley Mitchelson, 44. Landon Kullnat scored 50 and Patrick Moore, 59, to outscore their opponents with an overall total of 169. The team from Orange totalled 172 and Fluvanna, 182.

Monday’s game took WMHS to an overall 3-1 record so far in the season, as they defeated Warren County Aug. 25. The Dragons were scheduled to play away against Caroline County on Monday, Aug. 30.

Two things coaches want from their players, regardless of sport, is effort and attitude. William Monroe dual-sport athlete Troy Jones epitomizes both of those characteristics.

The Bambino Buddy-Ball Bash will be held at the Greene County Youth Center in Ruckersville as a way to introduce Buddy-Ball for students ages 5-22 with diverse abilities.

The Blue Ridge quarterback shook off the early incompletions and got things rolling, completing 11 of his next 16 passes for 345 yards and six touchdowns to lead the Barons to a 50-13 victory at Alumni Field. Blue Ridge (1-1) bounced back from last week’s season-opening loss to Nansemond-Suffolk with a convincing victory.

Thursday, Aug. 26 was a great night of volleyball for the William Monroe High School Lady Dragons, who defeated the Madison County Mountaineer…

Dragon golf team wins one, loses 2 after matches were postponed

Riley Mitchelson sends the ball sailing down to Hole 4.

Whenever Daniel Woodson’s hat falls to the ground, he has made the perfect line drive.

Coach Morris gives his team a pep talk prior to the start of play.