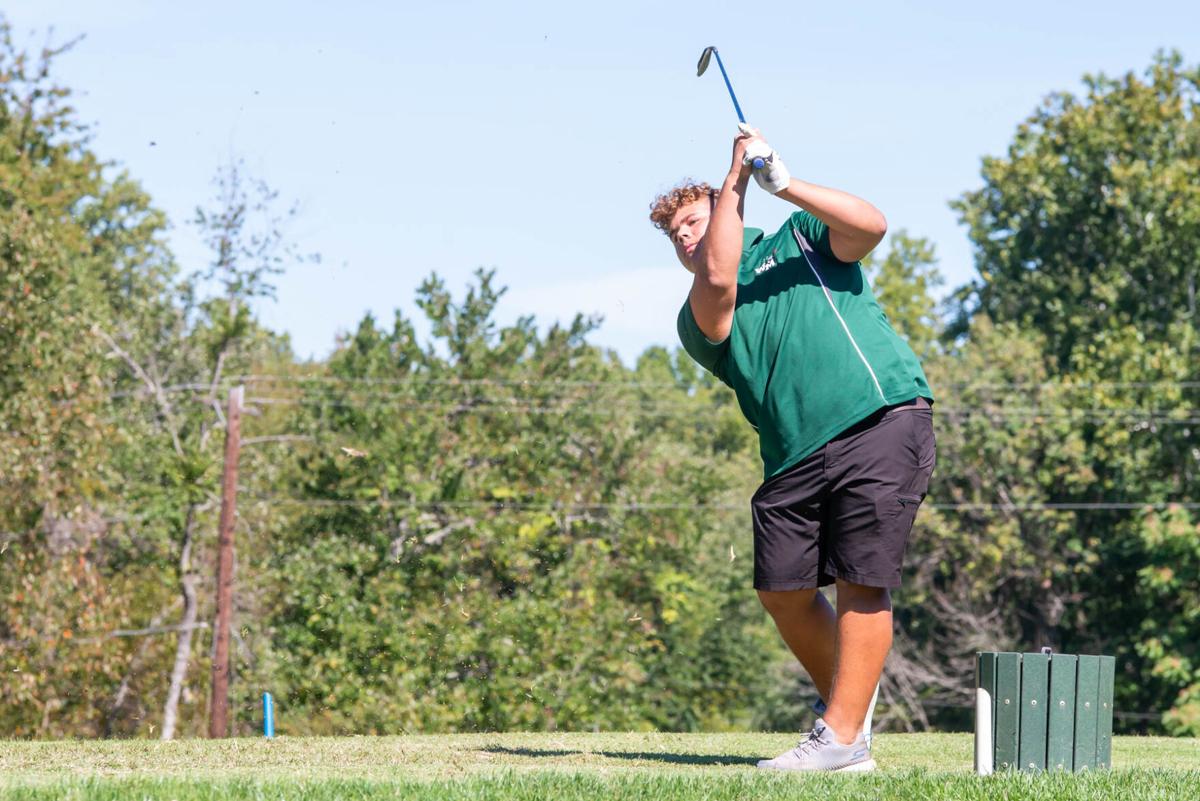 Riley Mitchelson tees off for the second hole. 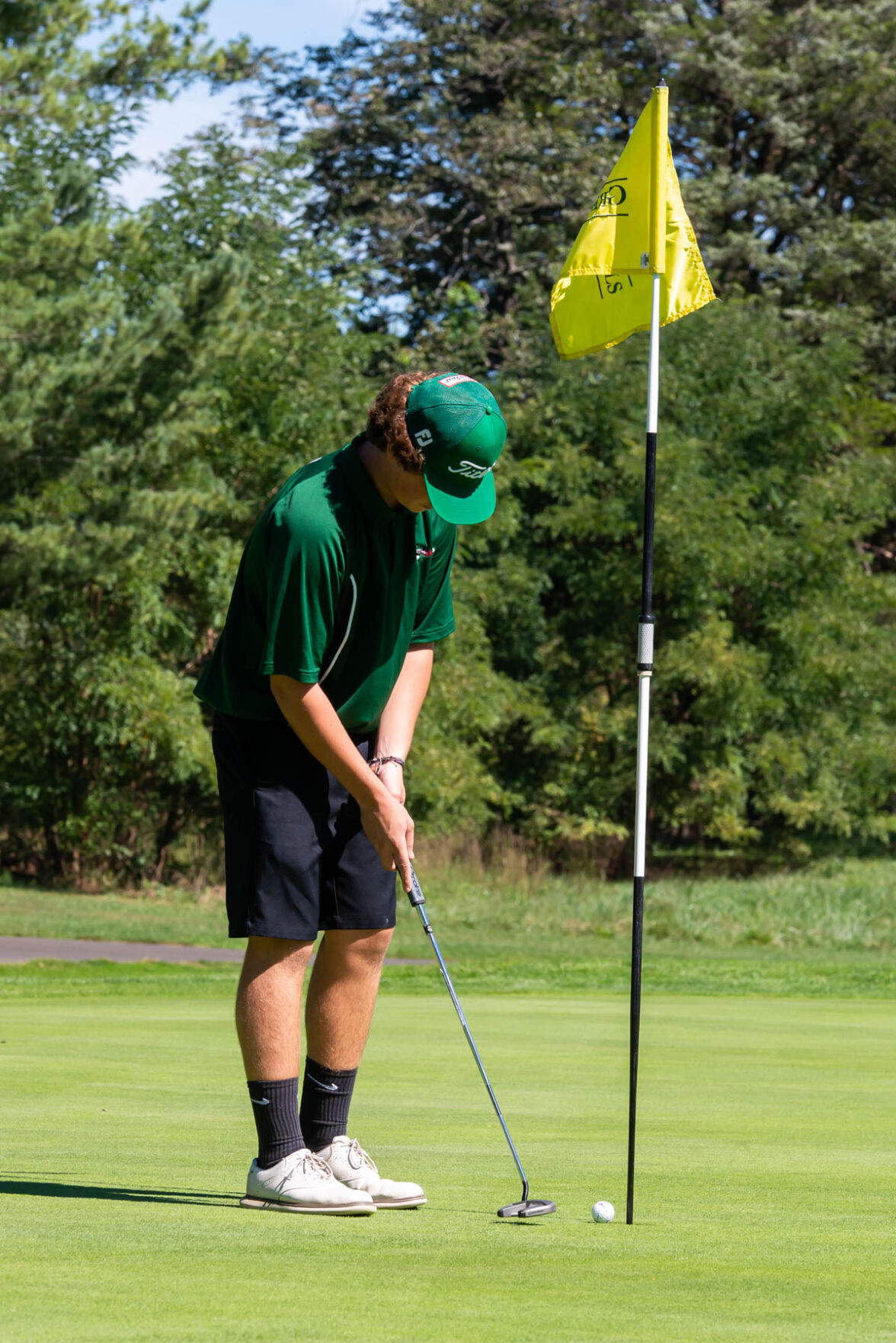 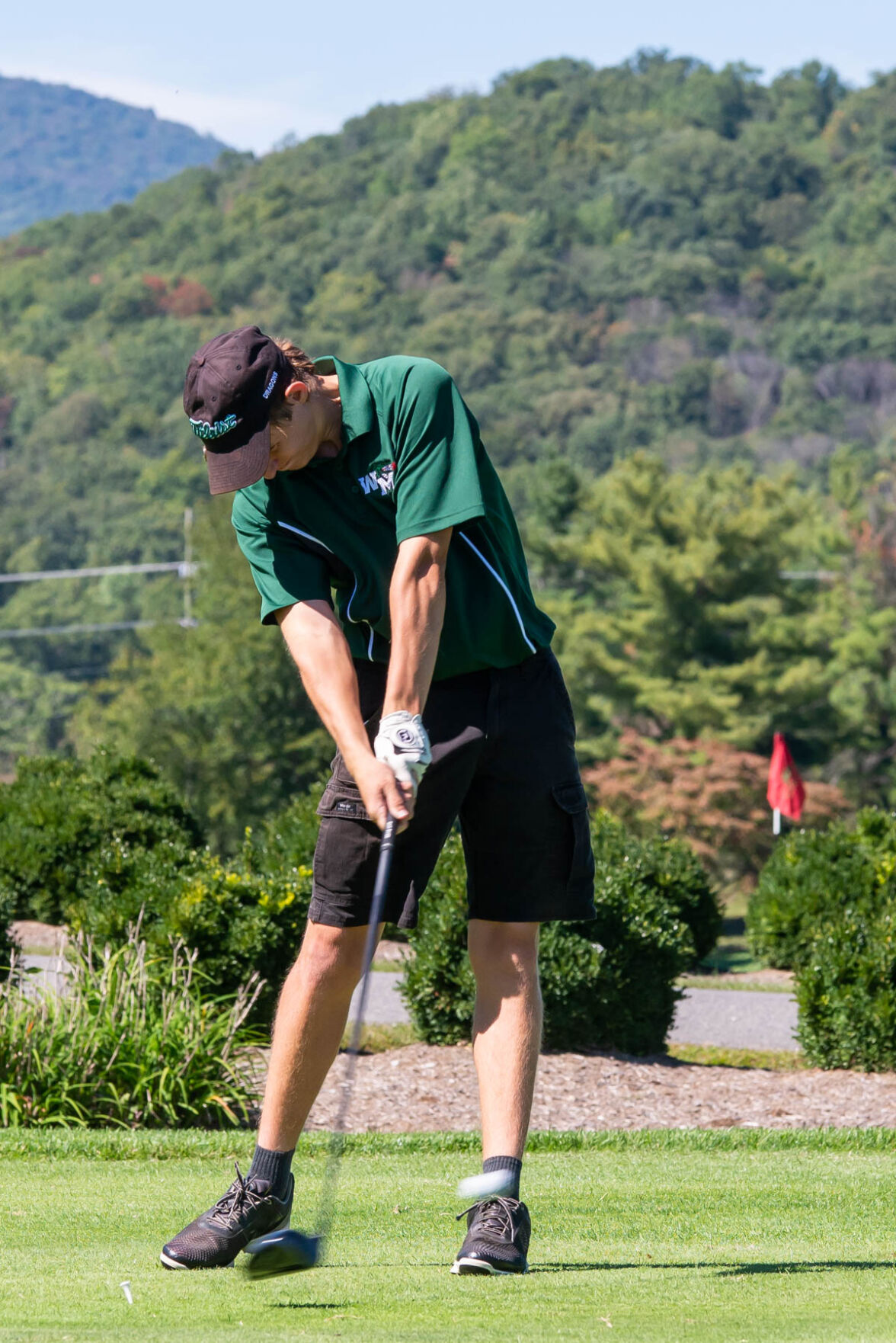 Chris Salyers starts off the ninth hole. Salyers led the Dragons with a 79 for the day.

On Monday, Sept. 27, the WMHS golf team competed in the district tournament held at Greene Hills Club. With only five players to post scores, WMHS placed third and will travel to Mattaponi Spring Golf Club in Ruther Glen, Va., on Tuesday, Oct. 5.

Brentsville placed first overall with 310, followed by Meridian in second with a score of 328; William Monroe was third with 369; Skyline fourth with 382; Warren County fifth with 437; and Meridian posting no combined score.

Salyers, Woodson and Mitchelson all qualified for the Regional tournament after Monday’s District match.

The William Monroe Dragons took a beating in their game against the Brentsville Tigers Friday night, with Brentsville scoring eight touchdowns…

Riley Mitchelson tees off for the second hole.

Chris Salyers starts off the ninth hole. Salyers led the Dragons with a 79 for the day.