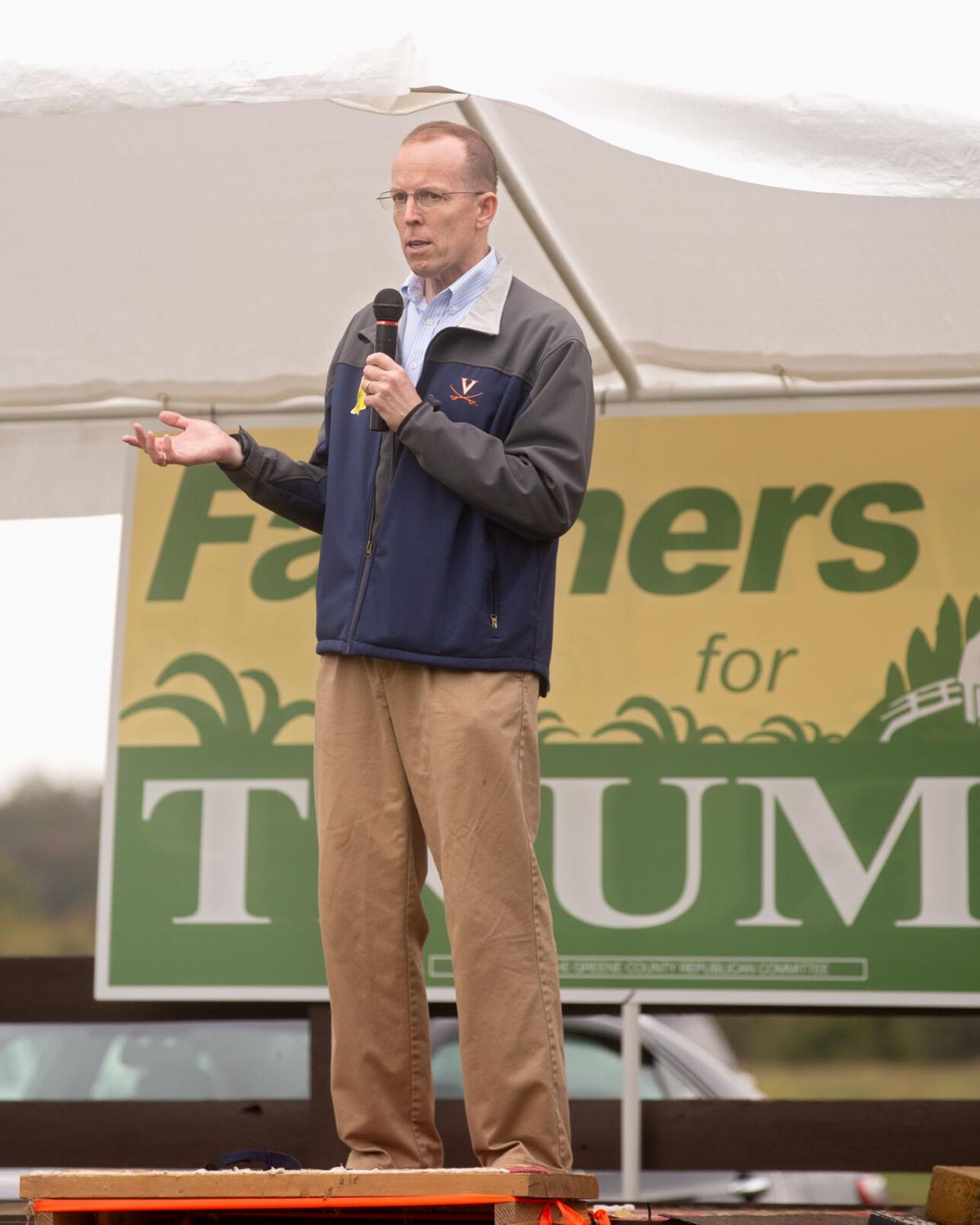 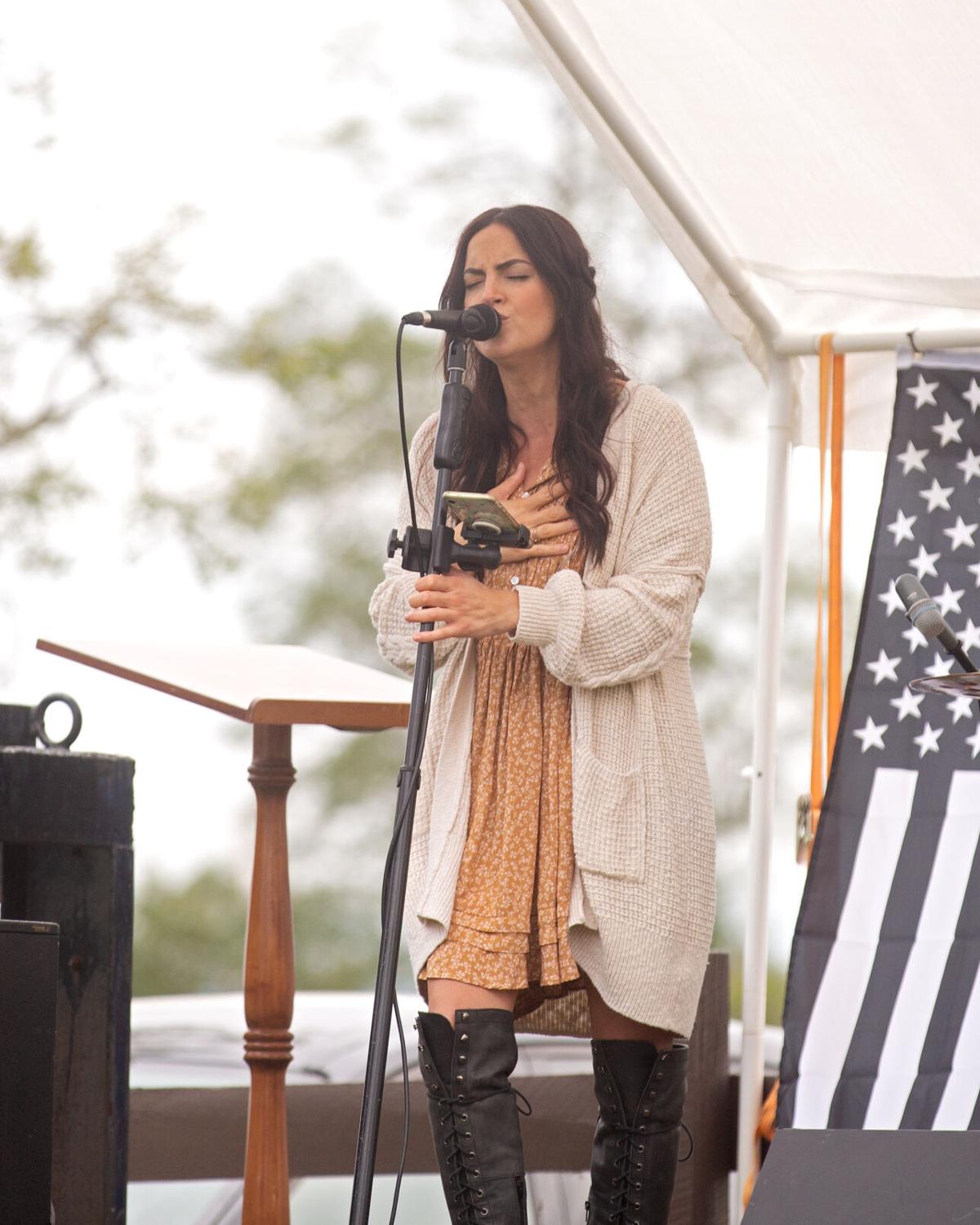 Blair's West performed during the event. 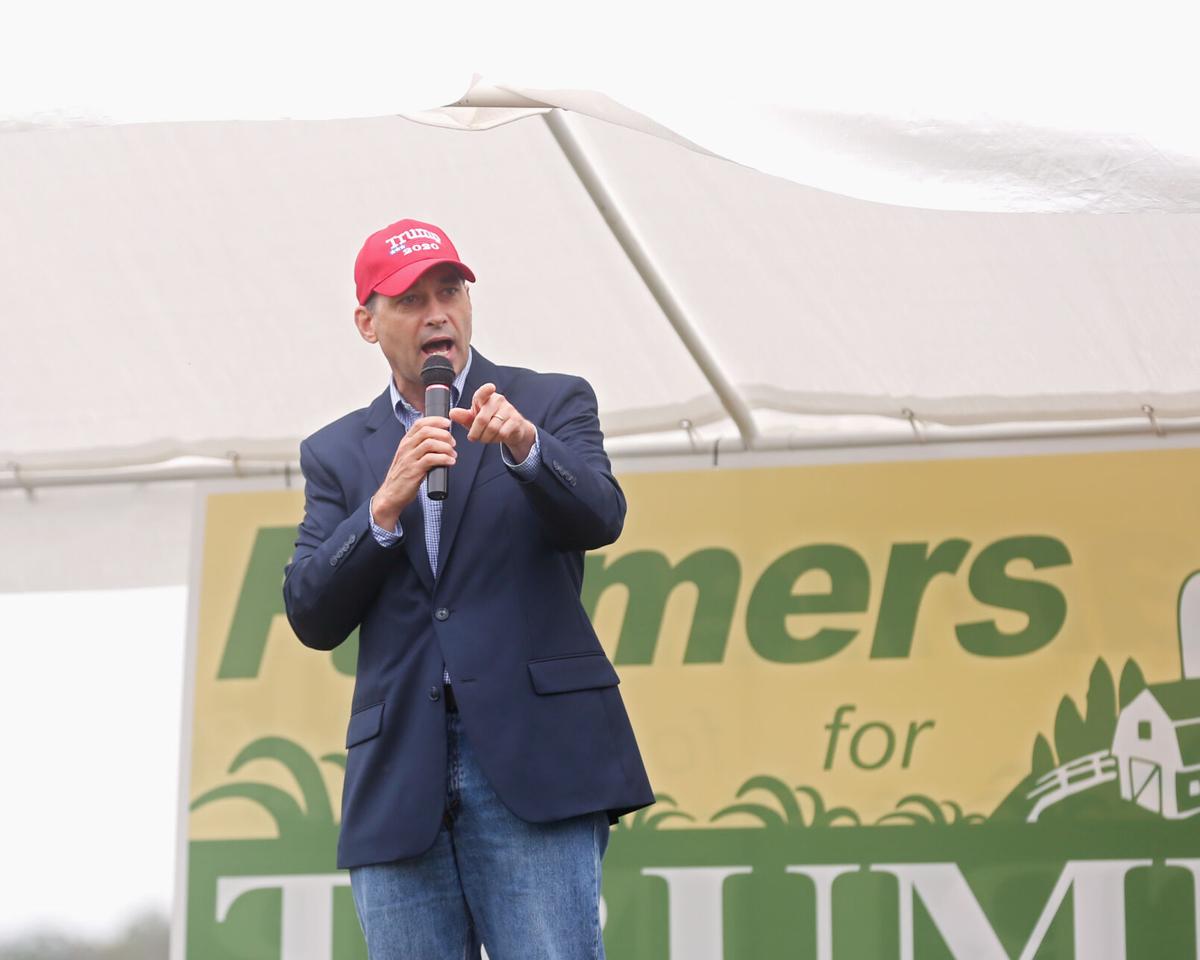 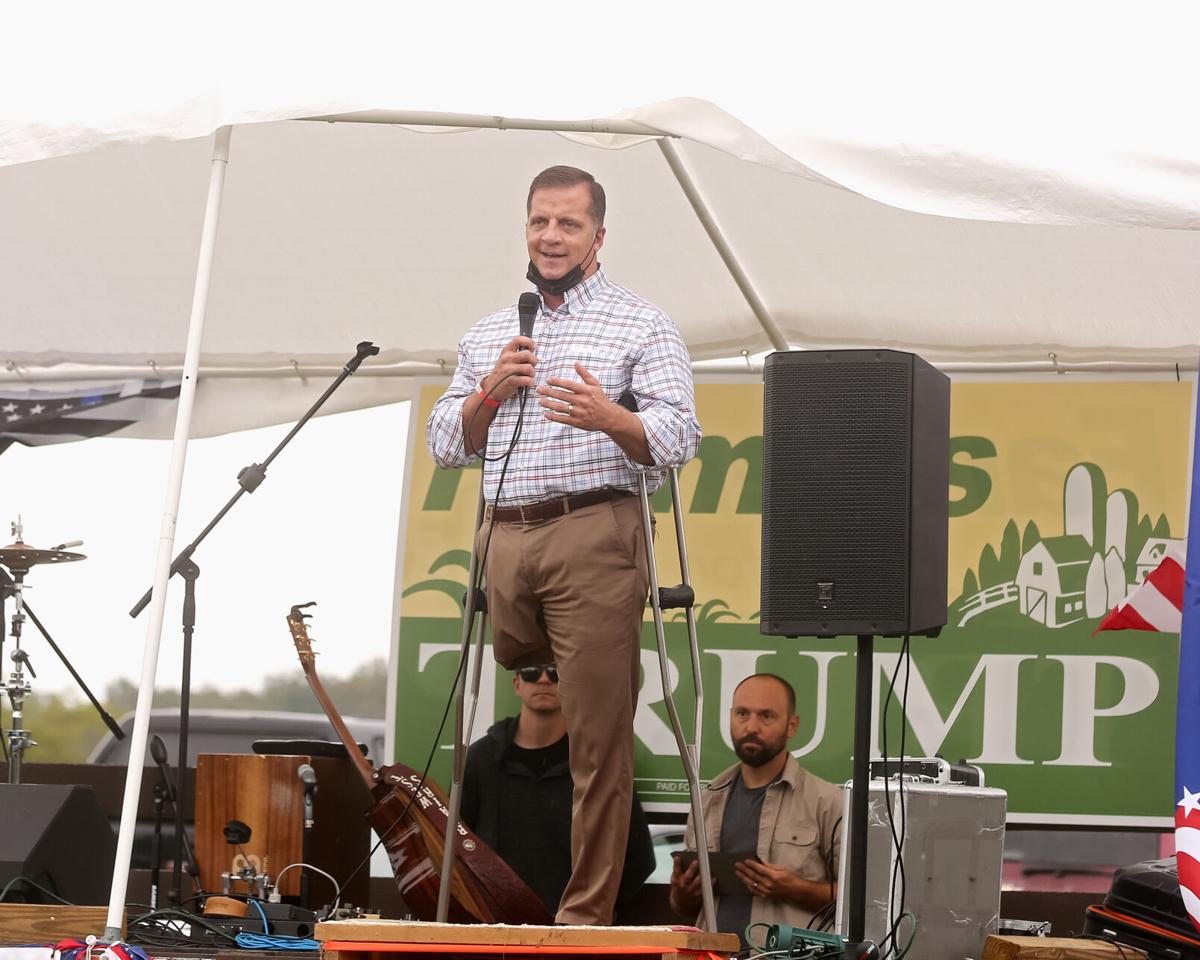 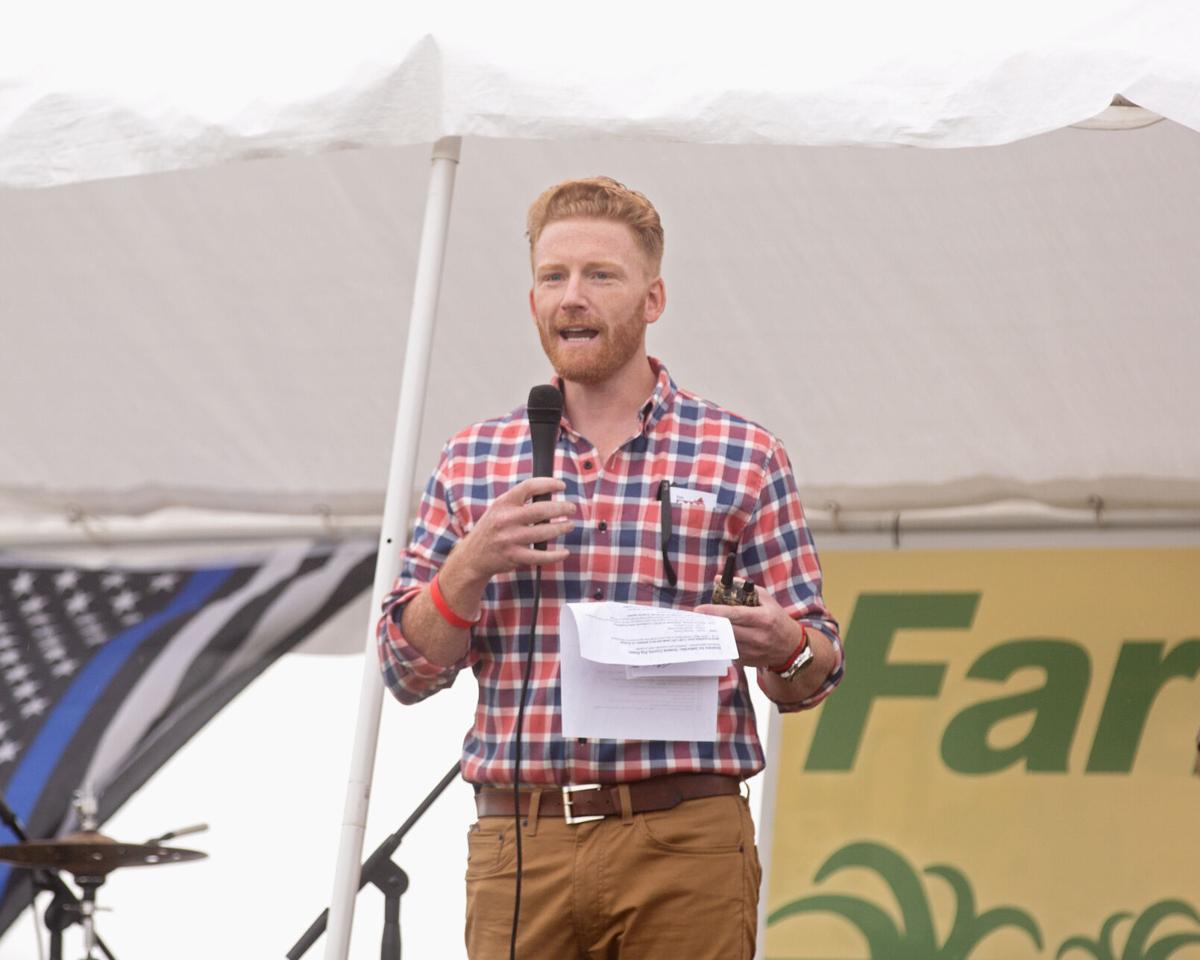 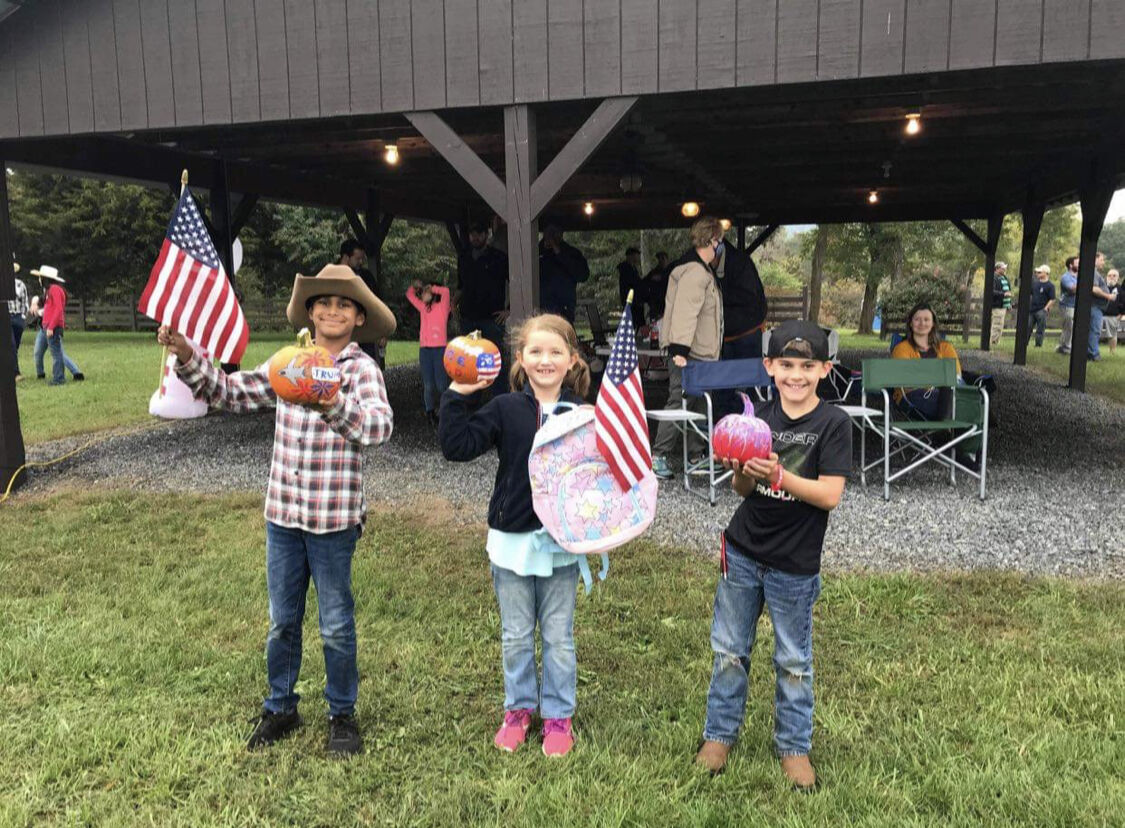 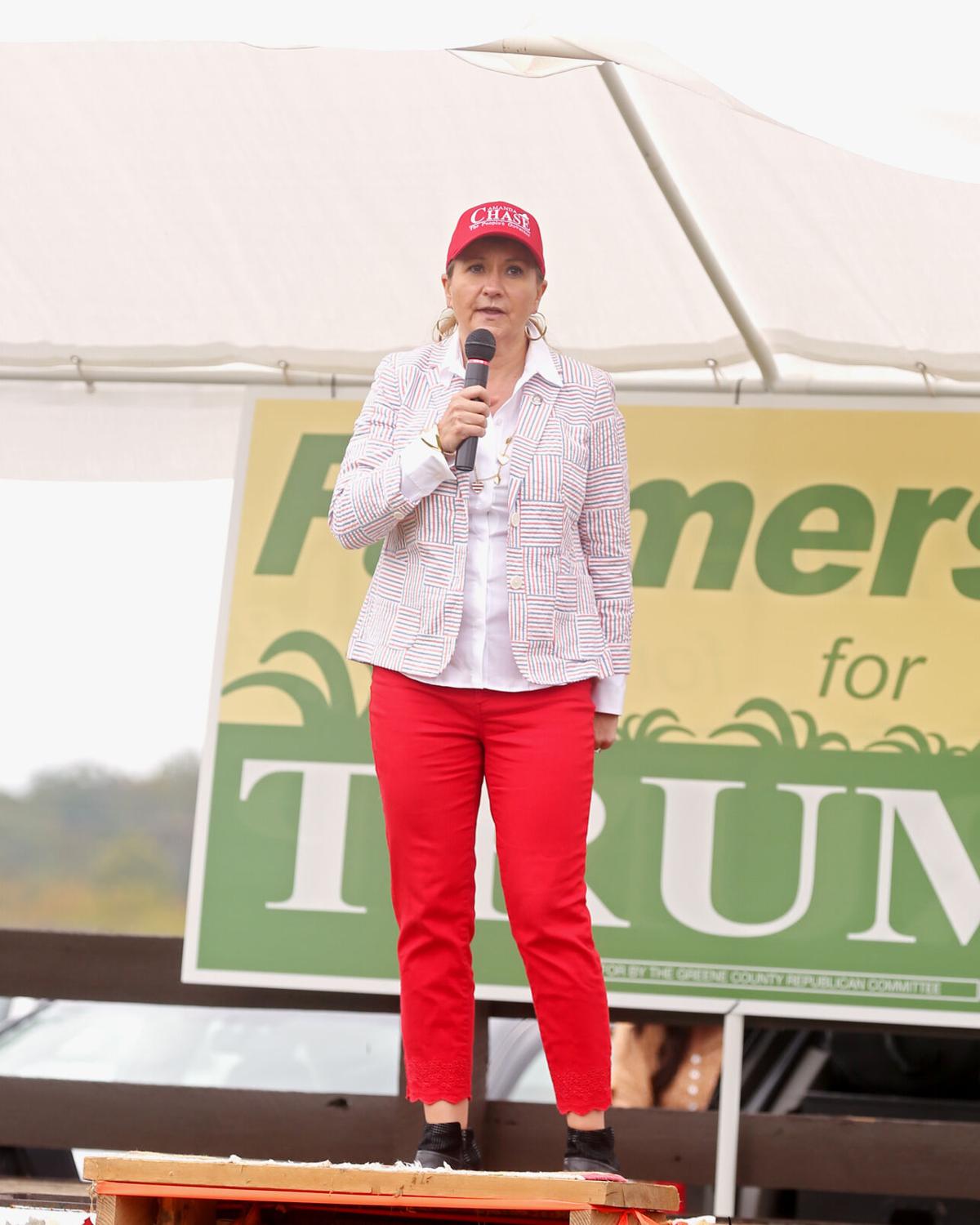 11th District Virginia Sen. Amanda Chase is ready for a new governor in 2021 so she's thrown her hat into the ring.

Fellowship, food and the American Dream were on the menu for last Saturday’s 41st annual Greene County Republican Committee’s GOP Pig Roast on October Hill in Stanardsville. During the age of the coronavirus pandemic, this was the first year that food was not made on site but instead people could purchase items from food trucks. Musical duo Blair’s West, sponsored by Maybelle’s Market in Dyke, entertained the crowd of more than 400 people before the 15 speakers discussed the current state of affairs not only in Virginia but in the country at large.

“Hello fellow Virginia Republicans, it is great to be here with you today,” said Rich Anderson, chair of the Republican Party of Virginia. “As I survey the crowd, I know that I look in the face of committed conservative Republicans who are ready today to fight and win again. And so thank you for your devotion to our party and to our commonwealth. I understand that last year, this event stood at something like 50 attendees, but if you’ll look around, my rough order of magnitude is that there are at least a couple of hundred people here. And that is reflective of what I have seen all across this commonwealth.”

Gade, who is a veteran, said he’s not a career politician, but a career servant.

5th District candidate Bob Good also said the stakes could not be higher.

“You’ve heard it said many times before, but it bears repeating. This is absolutely the most important election of our lifetime,” Good said. “The difference between the visions for our country, between where the socialist Marxist Democratic Party would take us and where our president wants to continue to take us couldn’t be more clear. We’ve got to say this is where we make our stand.”

In addition to those running to represent Greene County on Nov. 3, several people who have announced their candidacy for 2021 spoke, including Virginia Sen. Amanda Chase who is hoping for the Republican nomination for governor next year.

“How many of you are ready for a new governor? Yeah, I had that same realization as I was sitting on the front row of the Senate, watching with every bill that came before the Virginia Senate, the liberal Democrats chipping away at our constitutional rights, one after one after one. And I can’t take it anymore,” Chase said. “Make no mistake, there is no Democratic Party. They have been hijacked by the Marxists.”

Chase said she’s a “firebrand Republican” who is ready to fight, especially for the Second Amendment.

“As Virginia’s next governor, I will set a Guinness Book of World Record for the number of executive orders filed the first month to take us back to the constitutional plumb line and to restore our constitutional rights once and for all. And then I will vote to limit the powers of the governor of Virginia,” she said.

Thomas Turner, state chair of the Young Republican Federation of Virginia, said Republicans need to come together in the next 24 days to re-elect President Donald Trump, and elect Gade and Good to Congress.

“We need each and every last one of you to volunteer as poll workers, poll watchers and be on the guard to protect the integrity of our vote,” Turner said. “It is so important that you do that. The Democrats have been beating us at this for far too long. It is time that we take a stand and do that.”

Additional speakers included: Lance Allen, 84th District Del. Glenn Davis Jr. and Puneet Ahluwalia, who are all hoping to win the Republican nomination for lieutenant governor in 2021; Chuck Smith, who is running for attorney general in 2021; Tim Anderson, a lawyer who supports the Second Amendment, as well, said he’s considering a run for attorney general; Johnathan Hickory, author of “Break Every Chain,” who teaches Resilience and Suicide Prevention at the police academy; Greene County Commonwealth’s Attorney Edwin Consolvo; Greene County Sheriff Steve Smith; and Isaiah Knight, who is running for the 22nd District delegate race in 2021.

“I’ve tried to give you a report about what’s good and what’s bad. But for the last 10 months, I’m sorry to say it’s mostly been bad,” Bell said.

“I think it went great,” said Greene County Republican Committee Chair Steve Kruskamp after the event. “Greene County has really opened their arms to me, my wife and our children. And I’m forever grateful of that and can’t wait to continue to prove how much we can accomplish and how much we can do.”

For more information about the committee, visit www.GCRCGOP.com.

There is more on the ballot than who will be president

This election season, Greene County voters will be selecting not only the next president and vice president of the United States, but selectin…

Blair's West performed during the event.

11th District Virginia Sen. Amanda Chase is ready for a new governor in 2021 so she's thrown her hat into the ring.