Back to homepage
Subscriber Login
Please subscribe to keep reading. You can cancel at any time.
Loading&hellp
You have permission to edit this article.
Edit
In honor of Independence Day, The Daily Progress is providing unlimited access to all of our content from June 28th-July 4th! Presented by an anonymous donor that values the importance of journalism

Coming soon to a Main Street near you

Those who live or work in Stanardsville could soon have a new go-to coffee and lunch spot, thanks to the creativity of Maybelle’s Market owner and cattle rancher Todd Sansom. Maybelle’s on Main, slated to open this summer at 102 Main St. in downtown Stanardsville, will be an offshoot of the Maybelle’s Market gas station and store in Dyke but with a focus on lunch—and coffee.

“We are excited about the new Maybelle’s venture,” said Greene County tourism director Alan Yost. “Local residents and tourists both seek a place to get a light meal and purchase local products. I envision patrons sitting on the patio furniture enjoying the great food that Maybelle’s has proven to provide in their current location. Todd, Katie and their team will provide an eatery that will enhance the small-town feel of Stanardsville.”

The Town Centre building, nestled in between United Bank and the Stanardsville Station (and directly across from the Greene County Record office), is owned by Alan Pyle of the Lafayette Inn and dates back nearly 100 years. According to “Stanardsville… Then and Now,” the T.C. Graves Filling Station was constructed around 1930 and later rebuilt further back from the main road through town.

“Sometime in the 1920s Thomas Clingman Graves built a two-story brick building which housed a service station and his residence,” said Joann Powell of the Greene County Historical Society. “Twice his building was destroyed by fire—January 1930 and December 1931. The building there now is his third one, built in 1932.”

The Town Centre also housed Watson and Durrer Insurance Company in the 1970s and may have been home to an optometrist and then a couple of law offices at some point but has stood vacant for the past several years. With the advancement of the Streetscape Improvement project this spring—extending the sidewalks from Great Valu down to the pharmacy and adding 21 new colonial-style streetlights—the time seemed ripe for something new to help out those who work in the town.

“We’re really trying to go scalable with this thing, so we’re going to start with like (10 a.m.) to three or four in the afternoon,” Sansom said of the planned hours of operation. “Lunch, coffee in the late morning … and then weekends will be a little heavier, particularly during the tourist season. We really think we need something that’ll catch folks headed down 230 to (Shenandoah National Park).”

For visitors who come from across the mountains or otherwise bypass the main Visitors Center in Ruckersville, the location could be a great spot to offer pamphlets and other guides to county attractions. Legal personnel or those on jury duty in one of the court houses can easily walk to the store, and it’s just a quick block away from the post office and the county administration building.

“Having Maybelle’s on Main will bring a great operation closer to home,” said Don Pamenter, board member for the Stanardsville Area Revitalization (STAR) project. “It will give Stanardsville a real boost and will—hopefully—attract other businesses. I hope that they bring their wonderful sausage gravy and biscuits to the store as well as their many other tasty products.”

Sansom plans to use the space in front of the building for colorful outdoor seating (picture large brightly-colored patio umbrellas and potted plants) but patrons may park in one of the lots behind the building (near the courthouse) or across the street next to the Record office and walk across.

“One of the things that’s important about the direction we’re going with this place is I want it to be community-centric and I wanted to integrate with the schools,” Sansom said. “Some of the tech center students are going to be involved in the construction of this. Of course, I’m supplying the materials and I have a general contractor who’s going to be kind of overseeing things, but we’re going to let the kids get their fingerprints on it.”

While pulling up the utility carpet and working on rehabilitating the original oak floorboards, the electrical and plumbing work has been in progress for the past few weeks. The next item on the agenda, according to Sansom, is installing some of the countertops and appliances for the kitchen space. Many pre-ordered items for the new café are currently being stored in a vacant hay barn on the Sansom property.

On Monday, March 21, students from Thomas Mallory’s carpentry class from the Greene County Technical Education Center were on hand building shelving in the store. Buddy Barre of Barre Builders LLC, who is the contractor working on the project, helped oversee the students during the afternoon’s project.

Because of the small space available in the Main Street location, Sansom says the plan is to have a sandwich station and coffee to start, rather than a full kitchen. The Greene County Record has confirmed that Sansom did purchase an espresso machine for mixed coffee drinks, however.

“We’re not doing the hood and the fryers and all that—there’s not the space,” he said, noting that pre-made items can be brought over from the main location once they settle on their lunch menu. “So coffee, sandwiches … and I think there’s room for ice cream there; that’ll probably get some students in later in the day. That’s kind of the plan for year one, and hopefully it’ll grow from there.”

Sansom is still sorting out staffing for the new spot but hopes for an early summer opening date.

“This entire thing is an experiment,” Sansom said. “We feel like there’s a need in the town; let’s see how we can match it. It’s been that way with (Maybelle’s Market); there are things about this that have done better than we ever would have expected and there have been other things that we thought were going to be successful that haven’t stuck. … At least for now, I kind of want to do this for a year—we’ll see what we can learn and if we need to, tweak it.”

A large firefly is on the RISE in the region.

3 locals died from COVID this month

A year ago, most folks felt comfortably assured COVID-19 was in retreat and life would soon be back to normal.

RSA board votes on fee, withdrawal: supports both unanimously 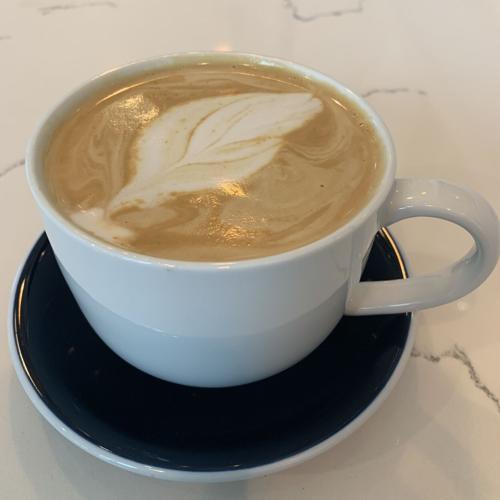 Students in Thomas Mallory’s carpentry class at the Greene County Tech Center get some on-the-job training from Buddy Barre (Barre Builders LLC) building shelving for Maybelle’s on Main in Stanardsville this week.

Students in Thomas Mallory’s carpentry class at the Greene County Tech Center get some on-the-job training from Buddy Barre (Barre Builders LLC) building shelving for Maybelle’s on Main in Stanardsville this week.