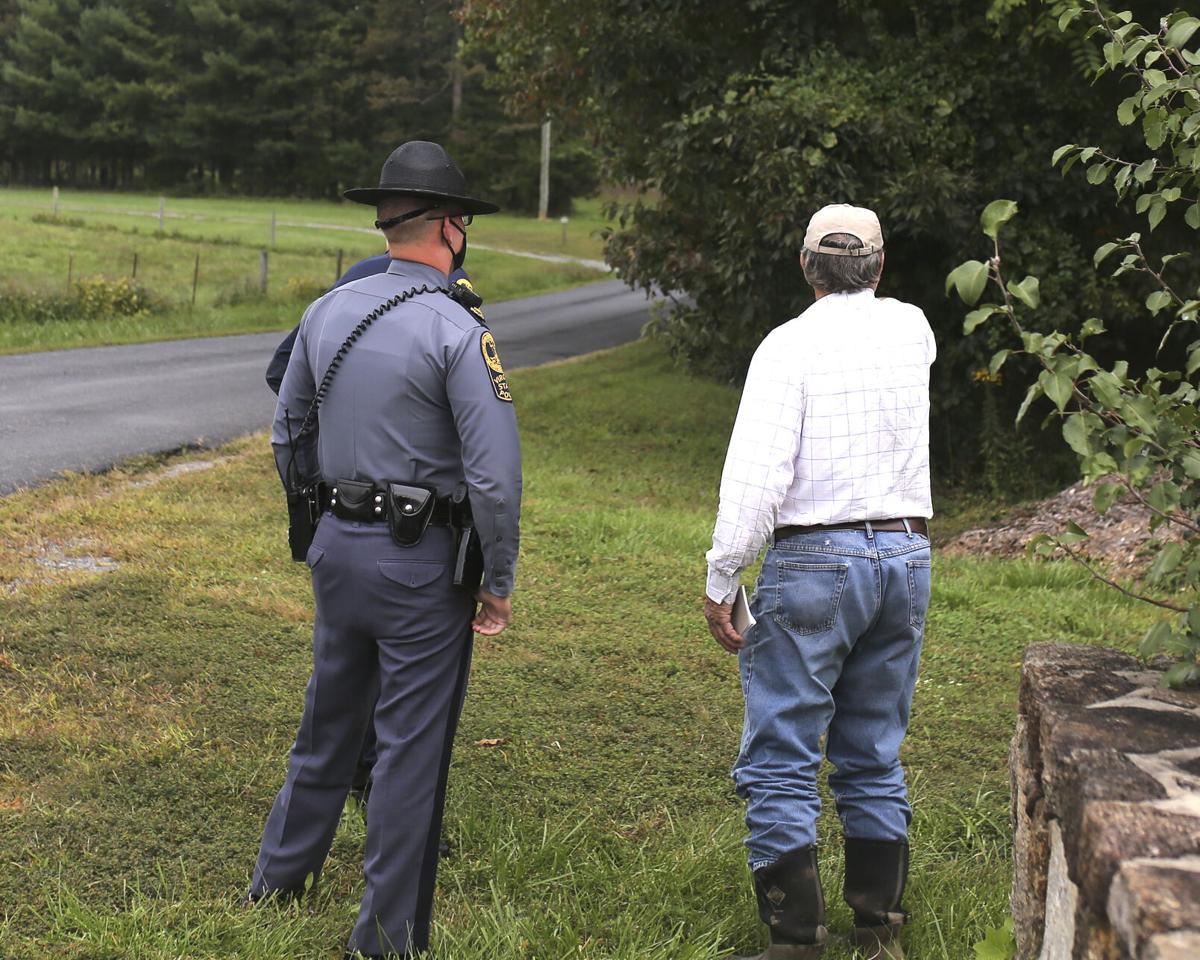 Jimmy Henshaw, right, shows Virginia State Troopers where he found the several pieces of mail on his property in the 1900 block of Dundee Road. 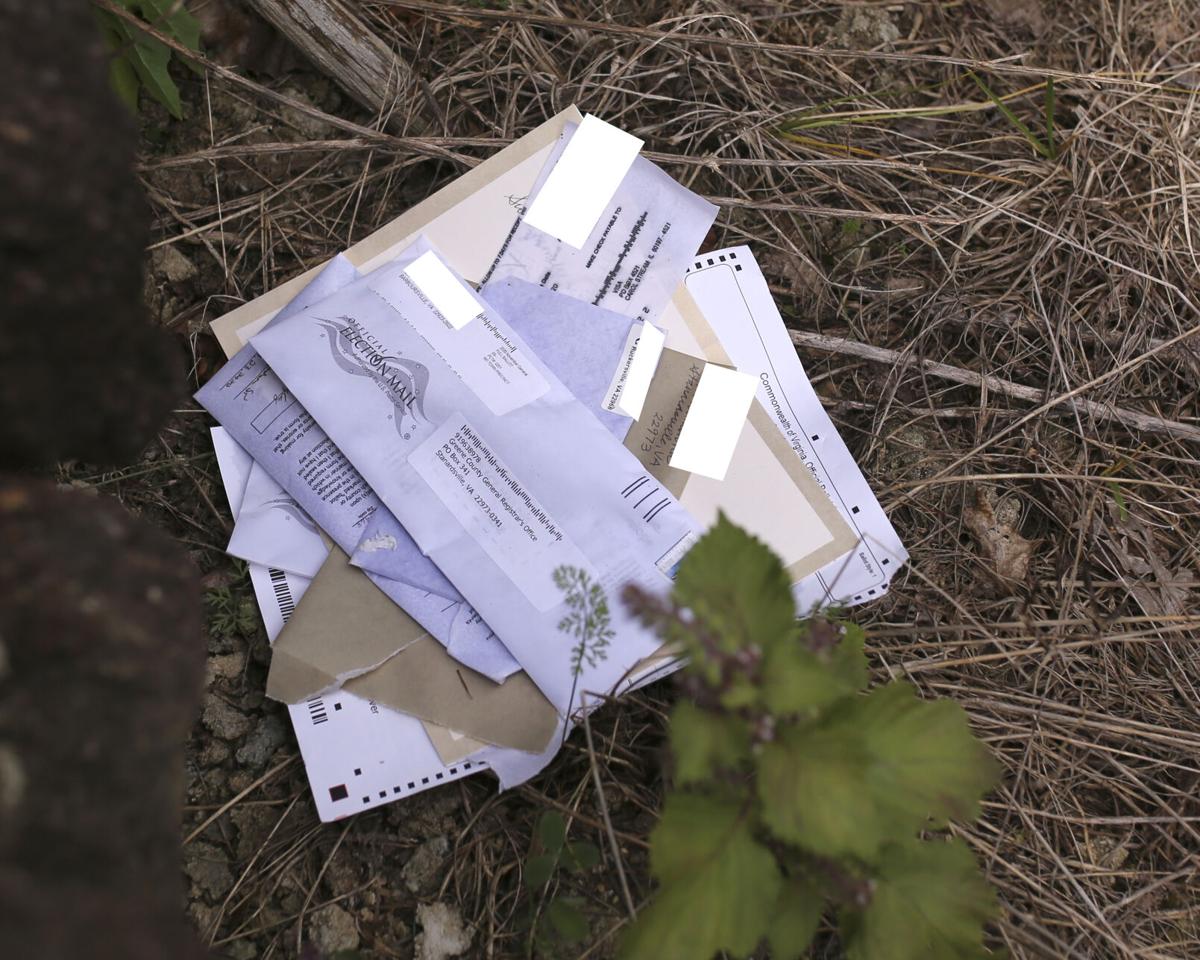 Pieces of mail, including two ballots, found on Dundee Road on Friday, Sept. 25. The Greene County Record chose to hide any identifying information behind the white boxes.

When Jimmy Henshaw woke up last Friday the last thing he thought he’d be doing is speaking to Virginia State Police about items found on his property: discarded mail-in ballots.

Around 11:30 a.m. as he started to do some work around his property off Dundee Road in Ruckersville when he noticed paper trash strewn about on one section.

“It’s not unusual for people to throw trash here,” he said as showed a Dunkin Donuts bag with a Wendy’s fry container he found, as well. “I noticed that one of the envelopes was the official return envelope to the registrar’s office.”

Once he began picking up all the strewn pieces of a paper there were actually two ballots and the one from Ruckersville was outside of the envelope entirely. The other was from someone in Barboursville. Both envelopes had stamps on them but there were no post office marks on them. Additionally, there was a card from a Stanardsville address and a Visa bill payment sheet—both out of opened envelopes.

“So, it wasn’t just from one home or anything,” Henshaw said. “People do sometimes throw things out down along the river so I rode down there and across the bridge but I didn’t see anything there.”

Trooper Cooper said people often drive around looking for mailboxes with flags raised and take out the mail in hopes of finding checks or cash or other items of value. It’s suggested not to put mail in your mailbox the evening before but to wait until the morning to place it in or take it to the post office.

Greene County Registrar Jennifer Lewis-Fowler said her office was contacted about the ballots this morning.

“The registrar’s office contacted and spoke with both voters,” Lewis-Fowler said. “The two ballots had been placed in a mailbox on Wednesday, Sept. 23, with a number of pieces of mail. It appears the mail was removed from the mailbox and discarded by an unknown individual. Replacement ballots will be mailed to the two Greene County voters.”

The registrar’s office is open Monday through Friday and there is a box inside the office to deposit voted mail-in ballots for those who would prefer to hand-deliver the ballot. Early in-person voting began on Sept. 18 in the building beside the registrar’s office as well.

The Greene County Registrar’s Office is at 32 Stanard St. in Stanardsville.

There is more on the ballot than who will be president

This election season, Greene County voters will be selecting not only the next president and vice president of the United States, but selectin…

Jimmy Henshaw, right, shows Virginia State Troopers where he found the several pieces of mail on his property in the 1900 block of Dundee Road.

Pieces of mail, including two ballots, found on Dundee Road on Friday, Sept. 25. The Greene County Record chose to hide any identifying information behind the white boxes.