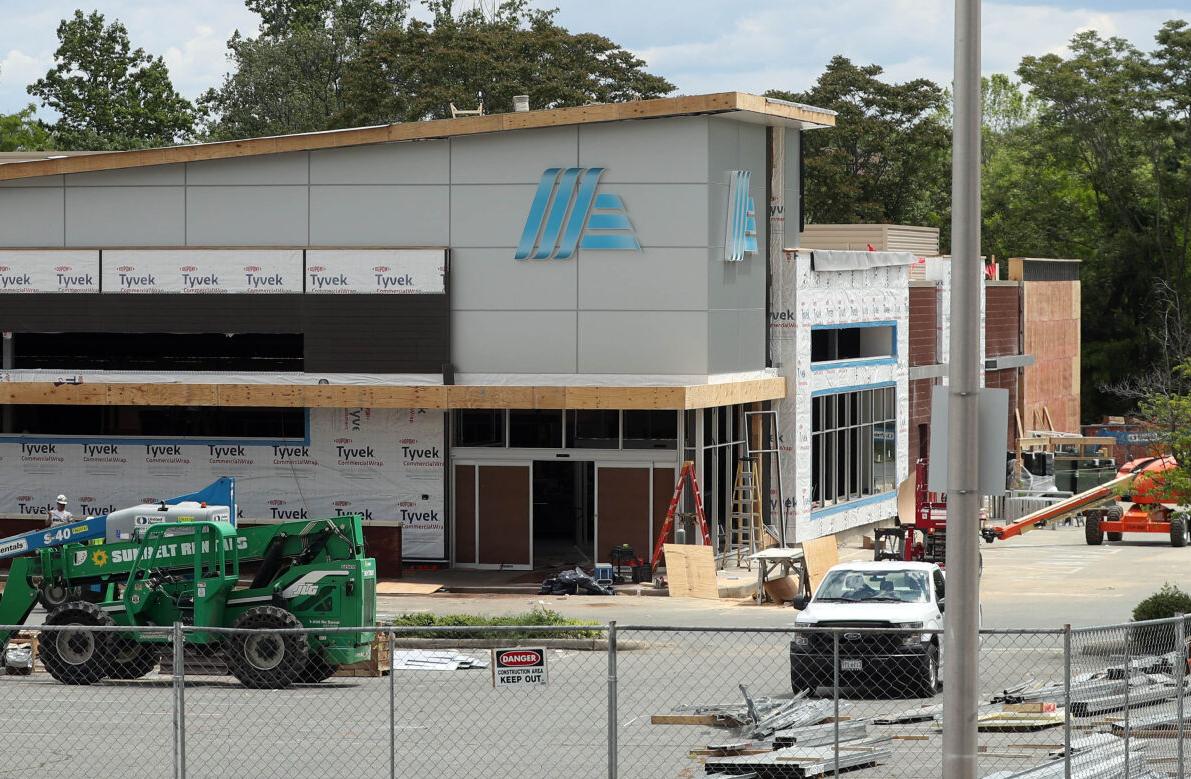 German supermarket chain Aldi is renovating a space in Albemarle Square shopping center, with plans of opening the store by the end of the summer. WATCH NOW: Find more photos and video at DailyProgress.com. 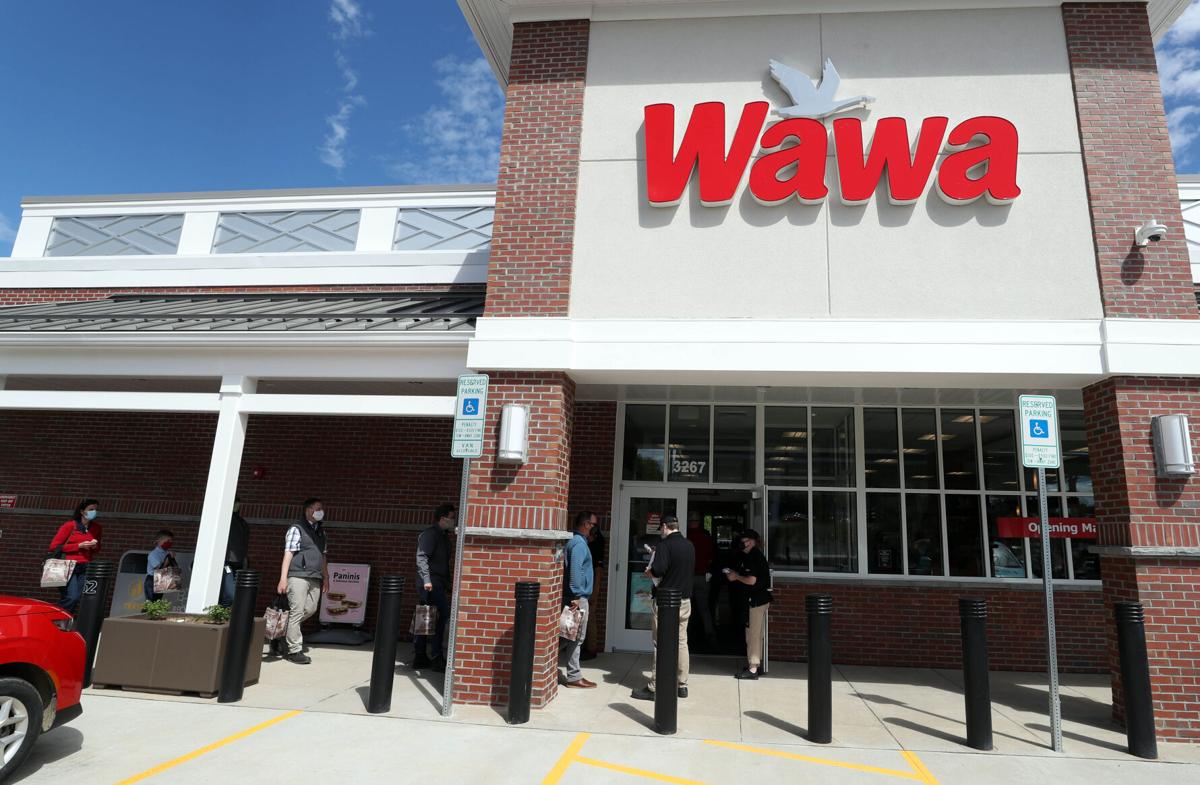 Two Wawa convenience stores have opened in Albemarle County, one on Proffit Road and one on Pantops. 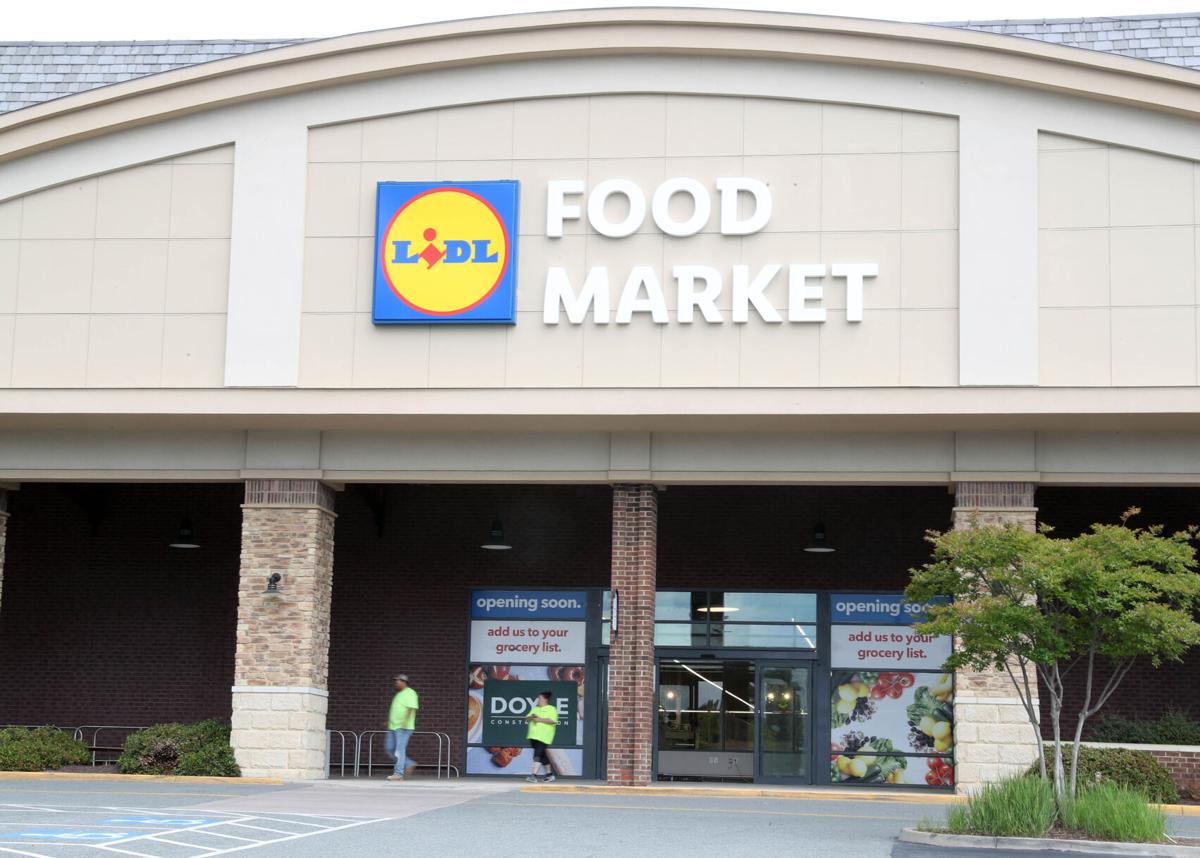 Lidl is renovating a space in the 29th Place shopping center.

As the supermarket landscape continues to grow, Charlottesville-area residents soon will have more options to shop for groceries.

The area hasn’t seen a new supermarket chain since Wegmans opened in 2016, and hasn’t had a new convenience store chain enter the market in well over a decade. That changed this past week when Pennsylvania-based Wawa opened two local stores.

By the end of the summer, German supermarket chains Aldi and Lidl are scheduled to open stores in Albemarle County. Both had attempted to open free-standing stores in the county previously, but are now renovating previously vacant storefronts.

“We want the best sites that are closest to our shoppers and can support a high daily traffic volume,” said Jeff Bianchetta, vice president of Aldi’s Petersburg division. “As the demand for Aldi grows, so do our real estate options. Bottom line, we want to be conveniently located for our shoppers, and Charlottesville was a natural fit.”

The supermarket is working to open a location in the Albemarle Square shopping center.

Food World Publisher Jeff Metzger, an industry analyst, said the Charlottesville market, like many other areas, already has a lot of diversity in terms of retail styles, yet smaller-format store companies still want to come into the market.

“You’re not seeing the larger boxes, whether they’re supermarkets or Costco or BJ’s [Wholesale Club], opening new stores at the same rate they did even five years ago,” he said. “I think a large part of that is because it’s very expensive, and these markets are over-stored and retailers are concerned about opening a new store when there’s two other competitors nearby. It’s kind of self-defeating.”

Instead of opening new stores, many companies with larger stores are now putting their capital into remodeling and are investing in e-commerce, Metzger said, and smaller-box companies are still growing their store counts.

Companies like Aldi and Lidl pull people from all types of stores when they open in a market, he said, and they look to target discount-oriented customers.

“As one retailer said to me, when a Wegmans opens, we feel like we’re gonna get carpet-bombed, and when smaller formats open, we feel paper cuts, but they all contribute to diminishing our market share,” Metzger said.

Just about all grocery stores have a “fairly robust sales picture” due to the COVID-19 pandemic, he said.

“It’s hard to digest where this comes out on the other end,” Metzger said. “Retailers are concerned, but they are probably more flushed with cash than they’ve been in a long, long time. So, reinvesting that properly is a concern, it’s a challenge. Where this ends up — or flattens, as maybe a better word — is also of concern.”

The store is still hiring full-time and part-time employees, according to the Aldi career website. Those hired will train at a nearby location.

Adam Schall, Wawa’s senior director of store operations, said the company’s focus in Virginia has mainly been opening stores in the areas around Fredericksburg, Richmond and Hampton Roads, and as it has saturated those areas, it decided to expand in the state.

“I’ve been at Wawa for 21 years, I heard talk of this 15 years ago,” he said. “Our chairman, Dick Wood, went to school at the University of Virginia, so there’s always been a special affinity for this area, as well.”

The Wawa goose mascot was on hand Wednesday and Thursday to celebrate the opening of stores on Pantops and at the intersection of U.S. 29 and Proffit Road. The stores, which are known for their hoagies, gave away free shirts and coffee on opening day.

Sheetz, a competitor of Wawa, has submitted plans for a location on U.S. 29 across from the new Wawa.

“We hope to make the greater Charlottesville market, including Albemarle County, home to at least 10 new Wawa stores over the next five years,” Kim Dowgielewicz, director of store operations, said at the opening event.

Last year, Lidl said it plans to open 50 new stores along the East Coast in 2021, including one in the 29th Place shopping center on U.S. 29.

Representatives from Lidl did not respond to questions by press time. According to Federal Realty Investment Trust, Lidl will open this summer.

This isn’t the first time Aldi or Lidl have considered opening stores in Albemarle.

Aldi had eyed the Hollymead Town Center for a new location in late 2013, but withdrew an application with the county in early 2014.

Lidl and engineers working with the company submitted plans for a location on U.S. 250 in 2016 and one off U.S. 29 in 2017. The location proposed on U.S. 250 is now the Pantops Wawa, while the U.S. 29 location was purchased to be redeveloped into housing for people who are homeless.

Metzger said Aldi, which has operated in the United States since the 1970s, does “everything right,” while Lidl is “doing better” than it had been when it initially opened stores in the U.S. in 2017.

“Lidl and Aldi are direct competitors — they essentially run the same small-box format, different nuances, but a lot of similarities,” he said. “Aldi is way further along in terms of number of stores and sales. We think even on a head-to-head matchup, they dominate in terms of sales and market share in that segment.”

Metzger said there’s a “tremendous lack of loyalty” and a lot of cross-shopping and more choices than ever.

“Consumers, particularly younger consumers, have no problem shopping at location X for these kinds of products and location Y for some other products, so that cross-shopping mindset is taking shape, and obviously now after COVID especially, you’ve got a tremendous amount of e-commerce moving upward in the picture,” he said.

Why you should know your parents' retirement plans

Why you should know your parents' retirement plans

Aldi grocery store could be headed to Albemarle Square

If this Aldi comes to fruition, it will join Lidl, another German grocery store chain, in intentions on locating along U.S. 29 near the county’s population center in the near future.

After ownership demoted Fashion Square Mall to a "non-core" property last year, its loan entered special servicing as retailers closed. Now, the mall is being assessed for sale.

The first, planned for a Pantops site, has been deferred for the time being.

German supermarket chain Aldi is renovating a space in Albemarle Square shopping center, with plans of opening the store by the end of the summer. WATCH NOW: Find more photos and video at DailyProgress.com.

Two Wawa convenience stores have opened in Albemarle County, one on Proffit Road and one on Pantops.

Lidl is renovating a space in the 29th Place shopping center.