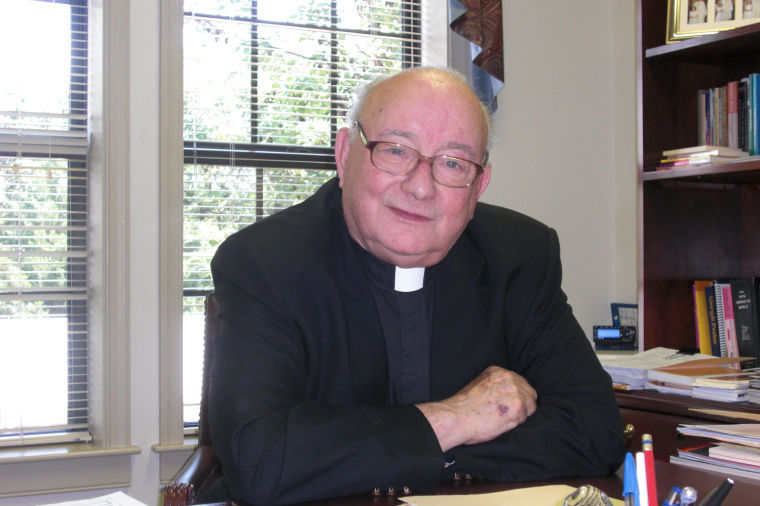 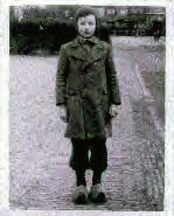 Father Leo Zonneveld as a boy in the Netherlands. 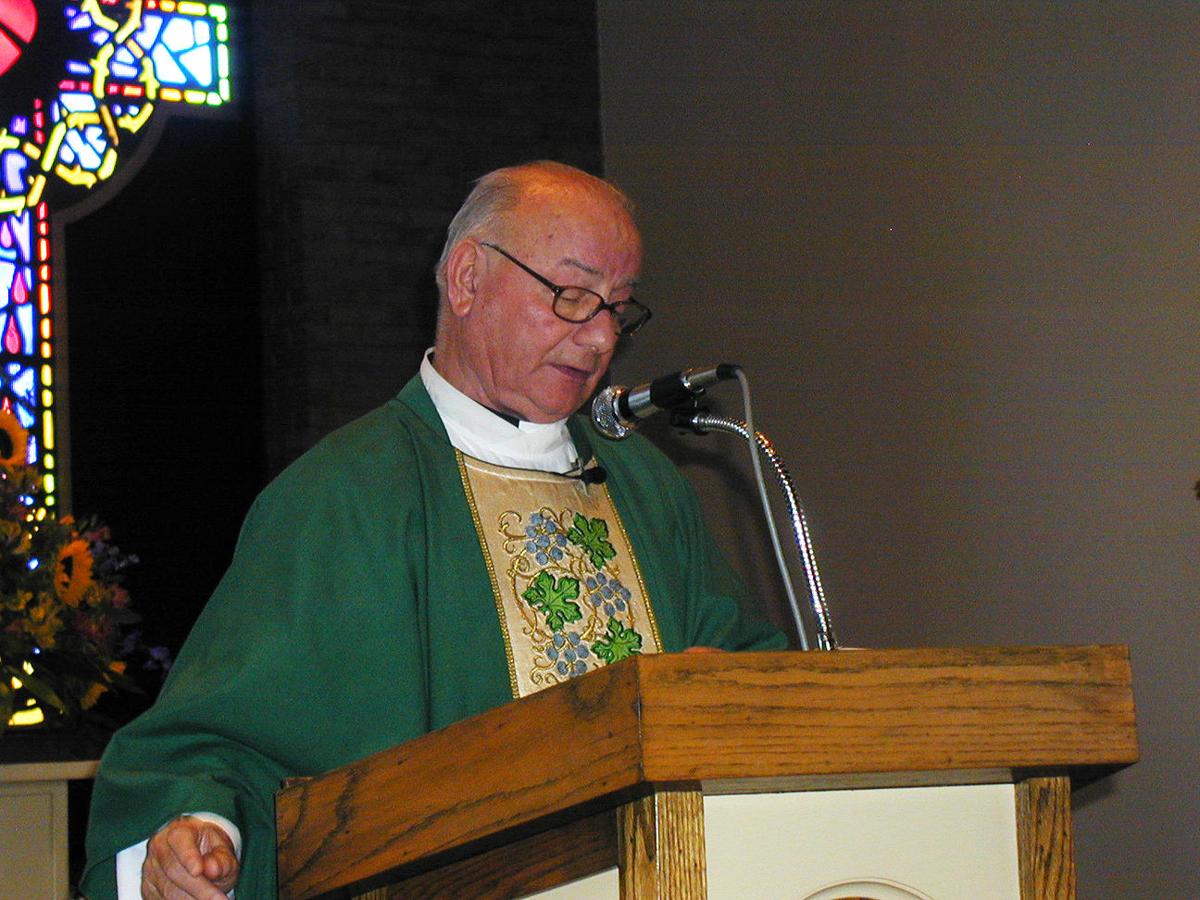 Father Leo Zonneveld leads Mass in this photo from 2008.

As the religious shepherd of Precious Blood Catholic Church in Culpeper for more than three decades, Father Leo Zonneveld led the church through many changes.

Under his tutelage for 33 years, Father Leo supervised the opening of a new preschool in 1981, a new church in 1983, a new rectory/office building in 1991 and purchased many adjacent properties to allow room to expand.

In 1997, Zonneveld administered the opening of Epiphany Catholic School, an inter-parish school that provides the development of Catholic values and attitudes for a student’s spiritual, moral, intellectual, social and physical growth.

“He has been a wonderful priest, school leader and wonderful manager of our parish,” said Bobbie Terry, who teaches preschool at Epiphany Catholic School and welcomed Zonneveld when he arrived in Culpeper in 1979. “He’s been a valuable asset to the diocese as well. And personally, he’s been someone very dear to all of us at Precious Blood.”

The longtime leader died Saturday in Arlington. He was 81.

Bishop Paul Loverde will officiate and Father Charles Phukuta will say the homily. A reception will follow in the parish hall.

Father Anselme Malonda-Nkuanga, who succeeded Zonneveld after his retirement to Missionhurst in Arlington in July 2012, called Father Leo a great missionary.

“He touched many lives in Culpeper — mostly Catholics and some non-Catholics, too,” said Anselme. “The impression that I got is that he may have loved Culpeper more than his native Holland. It’s a little bit risky to say that, but he lived here longer than any other place. It’s a great loss for the parish and the community and sad, but we will be able to pay our respects to him on Thursday to Friday.”

After Zonneveld's retirement, Anselme welcomed him back to Culpeper to hold Mass a few times a month.

“He loved coming back to Culpeper and we loved having him here,” said Anselme.

Local businessman Tony Trolio described Zonneveld as the salt of the Earth.

“He was an inspiration of this community and the church,” said Trolio, who has attended Precious Blood all 65 years of his life. “He was just a tremendous shepherd of his flock and he always put his congregation before anything else. He sacrificed everything for his people and the good of the Lord. When you left from visiting him, it felt like he wrapped his arms around you. It’s an honor and pleasure to have known him as a priest and a friend.”

In addition to growing the footprint of Precious Blood Catholic Church in Culpeper, Zonneveld is also responsible for increasing the number of its parishioners.

In July 2008, Precious Blood parishioners honored the longtime leader during a Golden Jubilee Celebration for his 50th Anniversary of Ordination at Germanna Community College’s Daniel Technology Center in Culpeper.

“Since you’ve arrived in Culpeper, you’ve supported the idea of faith in education,” Terry said to Zonneveld during that celebration seven years ago. “The faculty, staff and families of Epiphany want to thank you for being our shepherd.”

It may surprise Precious Blood parishioners that the priest confessed during that same event that he wasn’t all that well-behaved in church as a youngster.

“I wasn’t the best,” he said. “The teacher would put me in the middle aisle on my knees during Mass if I misbehaved, and I’d be in double trouble because my sisters were there to see and report everything to my mother.”

Zonneveld is the ninth of 10 children born to Johannes and Querina Zonneveld on Sept. 8, 1934 in Noordwijkerhout, Holland.

His father was a tulip farmer in Holland before the start of World War II. After years of assisting his father plant, dig and snip tulips, Father Leo became a natural gardener frequently seen tending the landscapes around Precious Blood.

Zonneveld received most of his education in his home country where he attended the Franciscus Xavier College from 1946 to 1952 at Sparrendaal.

He entered the Missionhurst Congregation of the Immaculate Heart of Mary in 1952. A year later, the Dutch priest delivered his first vows. He was ordained to the priesthood on July 25, 1958 in Nijmegen, Holland at the age of 23.

A year later, he was assigned to the United States where he continued his studies at the Catholic University of America in Washington, D.C. where he earned his master’s and doctorate in philosophy.

Zonneveld assisted at various parishes in Northern Virginia, taught math at a Catholic school and was invited to teach philosophy at Catholic University.

The priest said his mother inspired him to pursue a career in the church.

“She was much very religious,” Zonneveld said of his mother, who handed out potatoes to the poor in the family’s Dutch village. “She had a very strong sense of reaching out to people in poverty.”

Father Leo Zonneveld as a boy in the Netherlands.

Father Leo Zonneveld leads Mass in this photo from 2008.