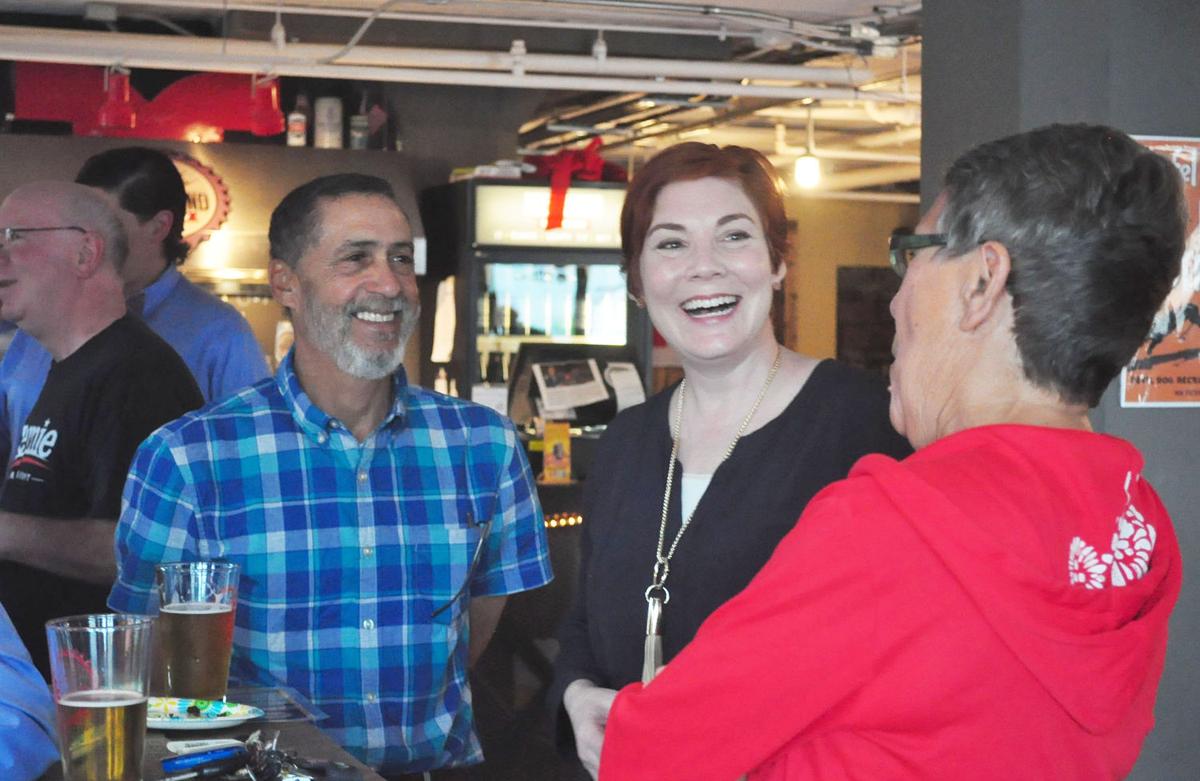 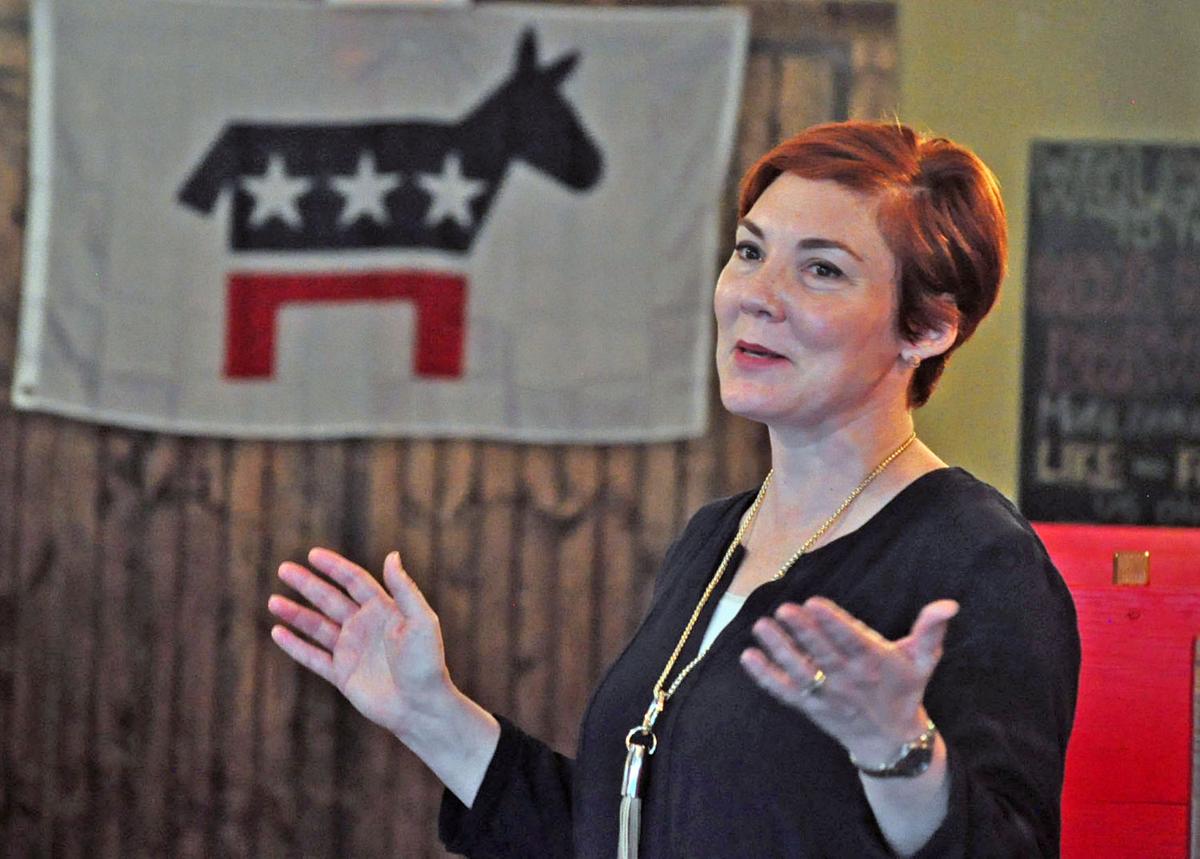 Richmond attorney Eileen Bedell says she's running for Congress to represent Virginia’s 7th District because government involvement is in her blood and she supports voter choice.

“I am a lifelong Democrat. I grew up in Fairfax County. My mother was a bureaucrat all her professional life with the Department of Agriculture and did some time on the Hill, for instance, working with Congressman Mike Epsy, who was President Bill Clinton’s appointment to the Secretary of Agriculture,” she said. “I grew up with public policy and civil service is just inherent in your life.”

Bedell, 43, will face 51-year-old freshman Rep. Dave Brat, R-Richmond, in the November election, and said that she also decided to enter the race as the party nominee to provide a viable replacement in spite of the district being historically Republican.

“I find it very disconcerting to have any unopposed elections for either side.  I think it makes both parties better to hear the views of the other side and for the voters to have those alternatives,” she said.

Bedell earned a communications degree from Virginia Tech before getting her law degree from the College of William & Mary. She feels that her legal know-how makes her well-suited for Congress.

A Chesterfield County resident, Bedell has been a general practice attorney for nearly two decades and is solo practitioner at the McNeil Law Group in Richmond’s Church Hill District — McNeil is her maiden name. Bedell’s father is a retired lawyer.

“I do everything but criminal defense — custody cases, contract dispute, estate litigation, wills,” she said. “It transfers well to having that broad spectrum of expertise you would need sitting on different committees of Congress. On some level, I have been representing people and small businesses in the 7th in another branch of government for almost 20 years.”

Bedell, a wife and mother of two, said her campaign is focused on building a stronger economy. She advocated for increased telecommuting opportunities for Culpeper workers as well upping the minimum wage in Virginia to $10. On the latter, “I have the mom approach first and foremost,” she said.

Bedell said her 14-year-old daughter’s friends won’t babysit for anything less than $10/hour, which she called “the floor” for Virginia’s minimum wage.

“One of the big things is if we increase people’s spending power, it’s going to come back around to improved profits for the business. Consumers help drive our economy and if they have some extra money then our economy will grow,” she said.

Bedell believes access to affordable healthcare is a basic human right and said the Affordable Care Act was a start in that direction on which the country should continue to build.

“It’s one of the reasons as well I am a proponent of Planned Parenthood because of their incredible contribution to providing accessible, affordable healthcare to a lot of Americans that has nothing to do with any of the roles they’re often painted to be involved in,” she said. “It’s important for that funding to continue to continue to provide that.”

Asked her position on abortion, Bedell said she finds the terms, pro-life and pro-choice, disingenuous.

Bedell fully supports adopting the Equality Act that would amend the 1960s-era Civil Rights Act to include broad protections based on sexual orientation and gender identity.

“I believe that the constitution says that all men are created equal and we know through common law that includes every individual in the country. It’s very clear,” she said.

On the topic of immigration reform, Bedell said it’s a priority that’s integral to addressing the budget and deficit concerns shared by so many Americans.

“We have to consider the revenue increases that could come from reasonable immigration reform. We have to recognize that if we have a pathway to citizenship for people who are willing to embrace the responsibility of paying taxes that comes with the right of citizenship, we’re working toward addressing the deficit and debt from a position that doesn’t affect people’s Social Security and Medicare,” she said.

Bedell said that though Rep. Brat has clearly identified the problems of the national debt and deficit during his first term in office that he hasn’t submitted any “concrete proposals” to fixing the problem other than voting against his party’s budget or proposing cuts to programs such as Social Security and Medicare.

“There are other approaches to the budget issue that involve greater government accountability, duplicative services, inefficiencies and increasing revenue. I think before we could even consider breaching the social contract we’ve made with seniors we need to look at those,” she said.

On the 2nd Amendment, Bedell said the issue is not gun control, but gun violence.

“I am really going to focus on re-characterizing it because we have more in common than we differ,” she said. “There is no question in my mind the 2nd Amendment provides Americans the right to own a gun. There is no question in my mind that most Americans don’t want guns used for gun violence, and because we all agree on that, I know there is room for responsible legislation that would reduce gun violence in America.”

If elected, Bedell said she would work to compromise within her own party, across the aisle and with whomever is the next president. She added that she didn’t think Brat had done a very good job at that.

“I do recognize that perfect is virtually impossible in politics. However, the ideas that Republicans bring to the table and the ideas that Democrats bring to the table are representative of all of us,” she said. ”It is naïve for any party to ignore the ideas of the other, and I think my background has taught me how to listen well to the other side, how to listen well to my side and figure out where we can find solutions that are reasonable and acceptable to both.”

Allison Brophy Champion is a news reporter for The Culpeper Star-Exponent. You can contact her at 540-825-0771 ext. 101 or abrophy@starexponent.com.​